The EiceDRIVER X3 Compacts are available in 5.5, 10 and 14 amp versions and all feature a common mode transient immunity (CMTI) of 200 kV/μs and an insulation test voltage of 5.7 kV RMS. 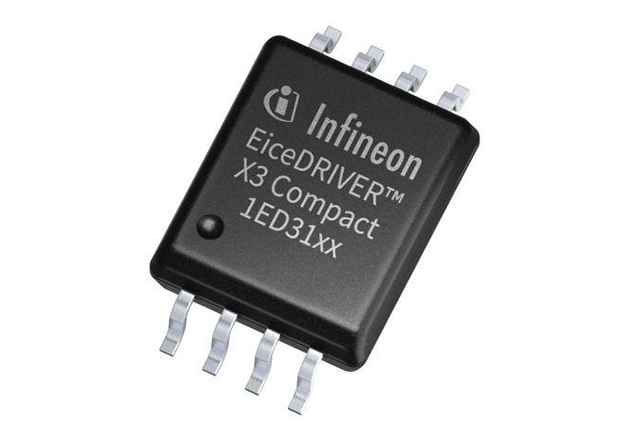 The devices are available in a compact DSO-8 300 mil package. Maximum output supply voltage for all units is 40 volts.The 14 amp version can successfully drive IGBT7s, which require much higher drive current than do IGBT 4’s. Their propagation delay matching of 7ns maximum leads to shorter deadtimes. All family variants include internal filters, which allow for a lower total BOM.

What is an Active Miller Clamp?

The miller capacitor, CGG, is part-and-parcel of IGBTs, as an example. It can inadvertently serve as a pathway, allowing a signal meant to turn on one power semiconductor in a half-bridge configuration to also turn on the other.

As described in an AVAGO article, a miller clamp is a transistor whose job is to short the gate to emitter path at the appropriate moment, as such full-filling its role as a clamp. It will need to be able to momentarily sink an amp or more.

The Six members of the EiceDRIVER X3 Compact Family

Al units are designed to be drivers for IGBTs, SiCs and Silicon MOSFETs of up to 2300 volts. Each features a coreless, galvanically isolated transformer gate driver.

Maximum switching speed is 1 MHz. The devices all work with 3.3 and 5 volt supply voltages

Below is a reference diagram for the separate output versions 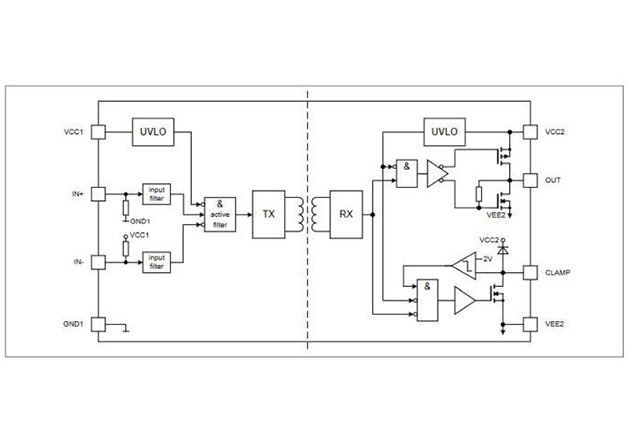 Next is the general diagram for Active Miller clamp version 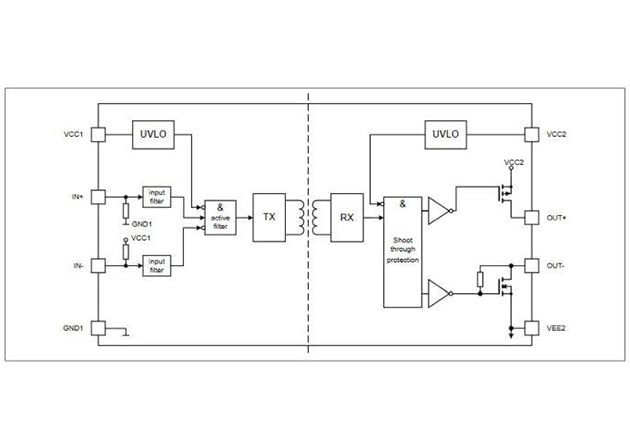 The second diagram illustrates the makeup of the 1ED3122MU12H. As can be seen, it sacrifices the separate driver sink output for an Active Miller clamp output. This pin is to be connected directly to the gate of the IGBT that is being driven. It will serve to help avoid parasitic turn on.

The six members of the EiceDRIVER X3 Compact family will find application in:

Infineon sees the new devices as suitable drivers for its superjunction MOSFETs, its SiC MOSFETs as well as for IGBT modules.