The products range from 4K to 150K logic elements (LEs) and support standard interfaces such as GPIO, PLLs, oscillators, MIPI, DDR, LVDS, among others. The Trion platform is fully-supported by Efinix's Efinity™ Integrated Design Environment (IDE).

"I am excited to witness a novel idea in FPGA architectural innovation become a full-blown product platform. Most amazingly, Efinix is delivering the company's first production shipment in only 10 months after obtaining the Physical Design Kit (PDK) from SMIC," said Rich Sevcik, former executive vice president and board member at Xilinx, an investor in Efinix.

"The alliance with China's SMIC, a top foundry for high-volume production, should be rewarding to Efinix, especially for launching the Trion platform into the Chinese market, which already has the largest consumption of FPGA products," Sevcik added. 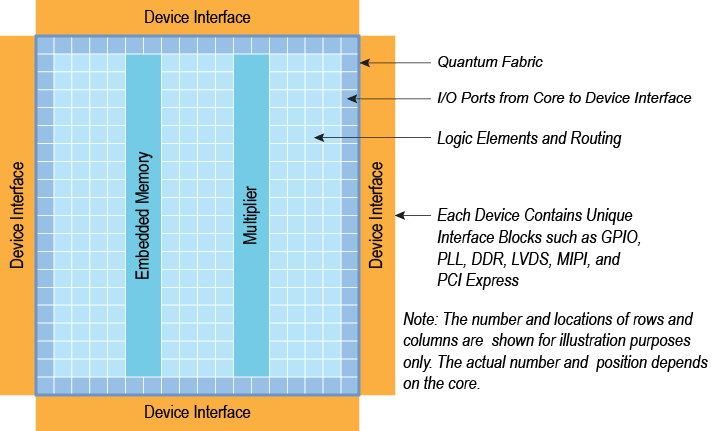 Trion FPGAs deliver a substantial Power-Performance-Area advantage - 4X - over other FPGAs due to the disruptive advantage of the Quantum programmable technology. Trion products will be competitive in general-purpose FPGA markets such as mobile, IoT, general consumer, industrial, and medical.

These FPGAs are also expected to shine in a number of fast-growing markets, such as edge computing, which combines compute acceleration, analytics, deep learning inference, and custom logic via edge devices.

"We are grateful to have pre-paid customers waiting for our initial Trion FPGAs, which is a first in the FPGA industry," said Sammy Cheung, co-founder, CEO, and president of Efinix. "Due to the competitiveness of our Trion products, our customers are excited to use it as a high-volume production option for their systems.

The basic building block of the Quantum technology is the eXchangeable Logic and Routing (XLR) cell. An XLR cell can function as either a LUT-based logic cell or a routing switch encoded with a scalable, flexible routing structure.

This innovation improves the active area utilization by 4X compared to traditional FPGAs, resulting in up to 4X area efficiency and a 2X power advantage. The EFabric power, performance and area advantage is scalable by logic density.

The competitive Quantum technology only requires 7 metal layers, a significant reduction compared to traditional FPGAs that have 10 to 14 layers. Fewer metal layers translate to a better cost structure and ease of ASIC/ASSP/FPGA integration. 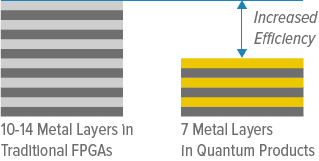 By integrating the Quantum technology into an ASIC or ASSP, it is possible to create more innovative solutions and markets beyond the timeline of silicon tapeout, thereby enhancing the ROI and TTM of systems and products.