Efficient Power Conversion’s (EPC) fresh EPC7004, introduced last Thursday, is a 100 V device that can handle 60 A continuously and 160 A pulsed, yet presents a footprint of just 6.56 mm2.

The device is the latest in the company’s line of five radiation-hardened (rad-hard) devices targeting service in space applications, satellites, and avionics. 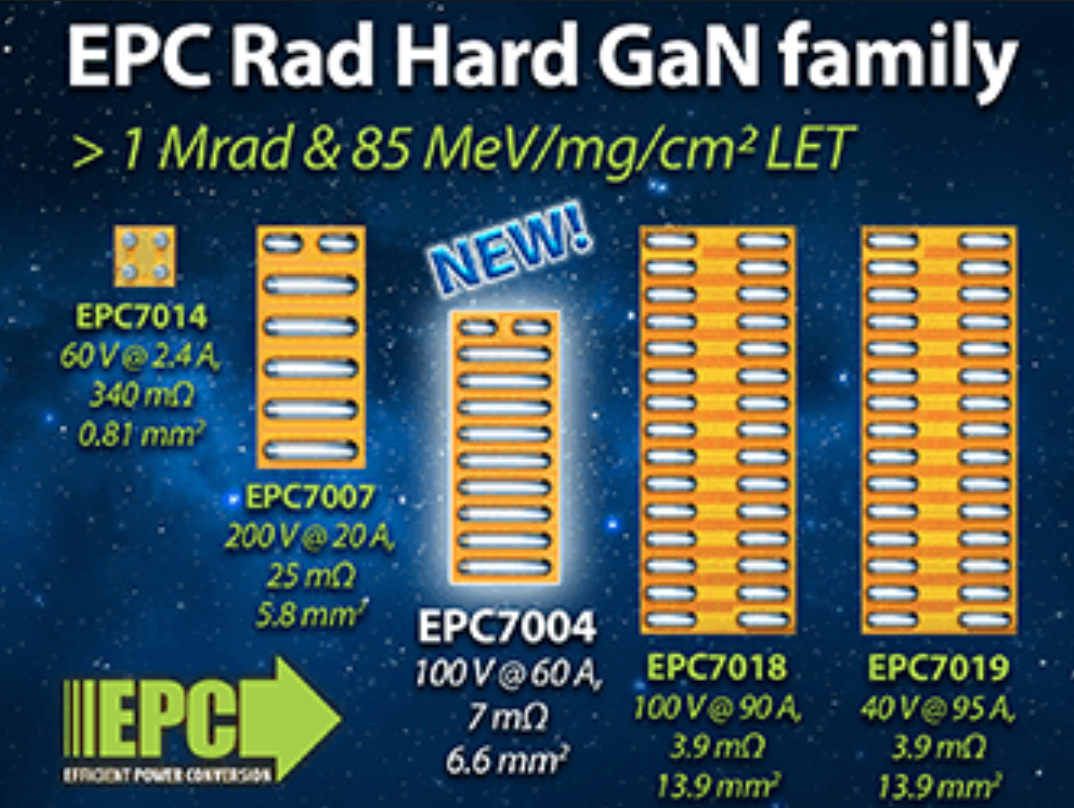 Below, we’ll provide background on gallium nitride itself, an overview of EPC’s robust rad-hard line, and a discussion of the EPC7004’s specific rad-hard specifications. For those interested in a complete specs breakdown, full details are enumerated in the product datasheet.

The Advantages of of GaN Semiconductors

GaN-based semiconductors offer significant advantages over the last-gen silicon (Si) devices that they are now steadily replacing in both terrestrial and space-based applications. 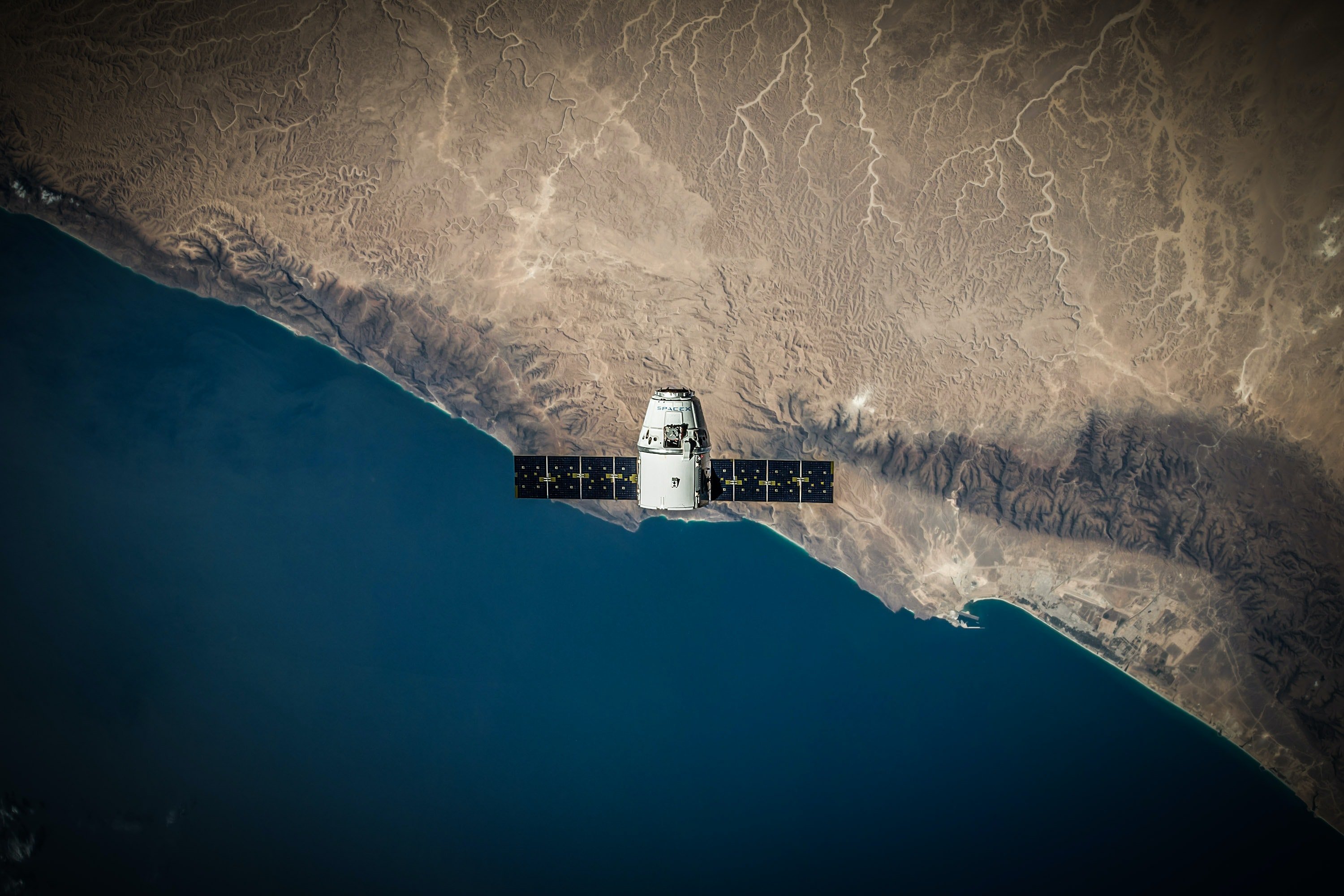 Perhaps the most significant are their faster switching speed and their lower resistance between drain and source (RDS(ON)) when they turn on.

Faster switching means the semiconductor can operate at higher speeds. When used in switched mode power supplies (SMPS), GaN devices therefore enable the use of smaller passive filter components. That’s critical in space, where saving weight and size are of prime importance.

A low RDS(ON) means that when the unit turns on and conducts, less energy will be wasted transversing the drain-source (d-s) conduction pathway. This translates not only to greater efficiency, but also to less parasitic heat generation; the latter factor serves to eliminate or reduce the requirement for bulky heat sinks. The EPC7004 sports an RDS(ON) of 7 mΩ.

In addition to the EPC7004, EPC’s rad-hard lineup includes the EPC7014, EPC7007, EPC7018, and the EPC7019. Their continuous current-carrying capacities, maximum operating voltages and maximum RDS(ON)s are noted in the opening illustration of this article. The EPC7004 shares its 100 V rating with the EPC7018, which EPC CEO Alex Lidow noted in a written statement.

Together, Lidow said, the devices offer designers on-resistances so low as to enable a new generation of power conversion in space, with higher frequencies, higher efficiencies, and greater power densities than were previously achievable.

All five devices—as well as many of EPC’s earthbound commercial semiconductors—are available in what are described, per IPC J-STD-012, as chip-scale packages. Such packages, as defined, can be no larger than 1.2 times the size of the semiconductor die. Though that makes for tight design parameters, the clear benefit is that EPC devices will take up less board space than devices whose packaging is not quite so compact.

The EPC7004 has the capacity to absorb a total dose of over 1 Mrad during the course of its lifetime. It is also guaranteed to maintain its baseline, pre-radiation specifications for up to 3 x 1015 neutrons/cm2.

The device is specced as having an “SEE” immunity for LET of 85 MeV/(mg/cm2). “SEE,” as defined by the European Space Components Information Exchange System, stands for “single event effects.” MeV stands for “millions of electronvolts.”

LET is defined as the electronic stopping power divided by the mass density of the absorber medium. LET is expressed in units of MeV/(mg/cm2), which can be algebraically rearranged to the more readily understood MeV.cm2/mg.

Functionality under the stress of high radiation is yet another advantage sported by semiconductors built on GaN. In an article from June 2020, “Why GaN in Space,” Lidow delves into the topic in greater detail, offering an informed and thorough explanation.