Designed with safety in mind, the new devices are cooled via free air convection and offer typical efficiencies of 93% 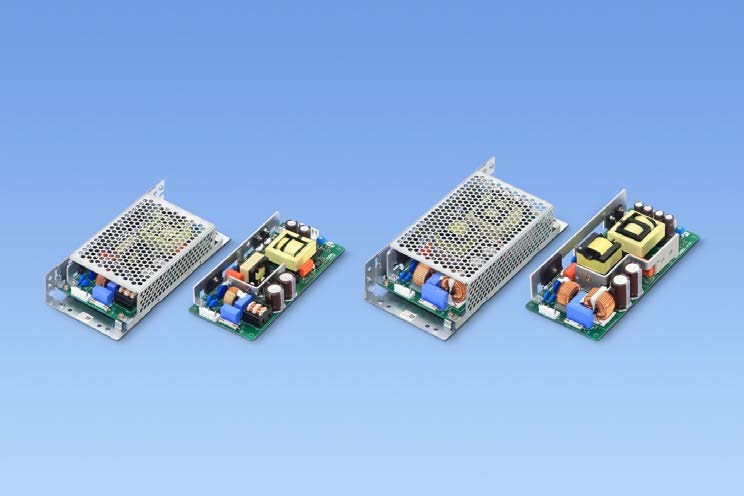 The LHP150F and the LHP300 Power Supplies. Image courtesy of COSEL

Aimed at industrial applications, the new power supplies can deliver 200% of their rated power for a period of up to 10 seconds to accommodate dynamic loads. This is of vital importance because industrial applications often require greater power during system start-up or during peak periods. The situation is illustrated in an example cited by COSEL involving the LHP150F. This unit, which can deliver 24 volts at around 6.3 amps (150 watts) continuously, is capable of supplying twice that current, or 12.6 amps, for the specified 10 seconds.

Industrial applications require power supplies to be able to function safely in a wide variety of situations and environments. Their certification to the EN62477-1 Over Voltage Category Three (OVC III) standard assures designers that equipment powered by the LHP150F and LHP300F can be connected directly to the main distribution panel, with no extra level of isolation needed. This greatly simplifies the systems designer’s task, reducing both costs and final solution size.

See the Instruction Manual for more detail on these and other features.