Journalists from all over Europe joined ROHM Semiconductor to enjoy the Formula E Race in Monaco this year. An eventful weekend with interesting insights

Journalists from all over Europe joined ROHM Semiconductor to enjoy the Formula E Race in Monaco this year. An eventful weekend with interesting insights at the stunning Côte d’Azur. 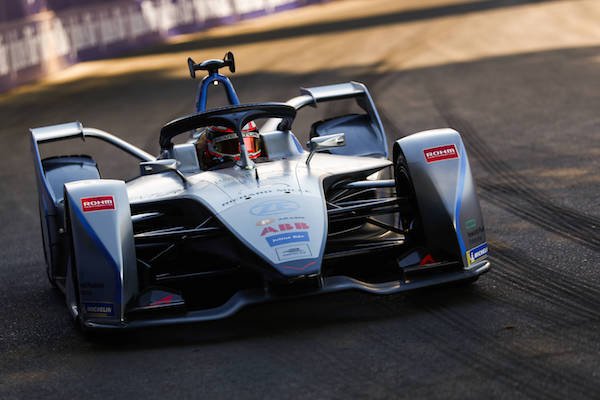 Formula E began in 2014 and is a city-based racing championship for electric cars. Races take place in cities all around the world, including Berlin, Hong Kong, New York and Paris. Now in its fifth season, the international teams are now using the Gen2 car, which shows some significant improvements in power and range. The most important one being that drivers no longer have to change the car half way through the race due to battery capacity.

ROHM Semiconductor has been an official technology partner of the Monaco based Venturi team since season three, supplying the racing team with SiC power devices. ROHM was the first in the world to successfully mass produce SiC MOSFETs. A major advantage of SiC power devices is significantly higher power conversion efficiency compared with conventional semiconductors. As a result, much less heat is generated during conversion, making it possible to dramatically reduce device size - including the cooling mechanism. Often the key to victory is the performance of the inverter which controls the electricity from the battery and forwards it to the motor. Efficiency is one key factor as the level of battery has to stay in mind permanently.

During the press round table in Monaco, which took place during the race weekend, Susie Wolf, Team Principal of the Venturi Formula E Team, explained the close cooperation between the engineers at the racing team and the ones based in the laboratories of the suppliers.

An ongoing exchange of data, experience and knowledge is the prerequisite for improvements. In fact, this is exactly what I learned while talking to the engineers at the ROHM booth during PCIM the previous week. The results and experiences gained out of the races are used in the daily research within the laboratories. This data really helps to understand the behavior of the devices under these tough conditions. You can see parallels to research and development in the automotive industry. Weren’t racing championships always used for test and simulation?

The weekend was also a sporting success as Felipe Massa from the Venturi Team reached the third place and secured a place on the podium. A great success in a demanding race where not all participants saw the chequered flag!