There is a strong consensus that the success of electric vehicles (EVs) will depend upon their ability to charge quickly. DC fast chargers with 350-kilowatt (KW) capability can recharge an EV from empty to 80 percent charge in 25 to 40 minutes. 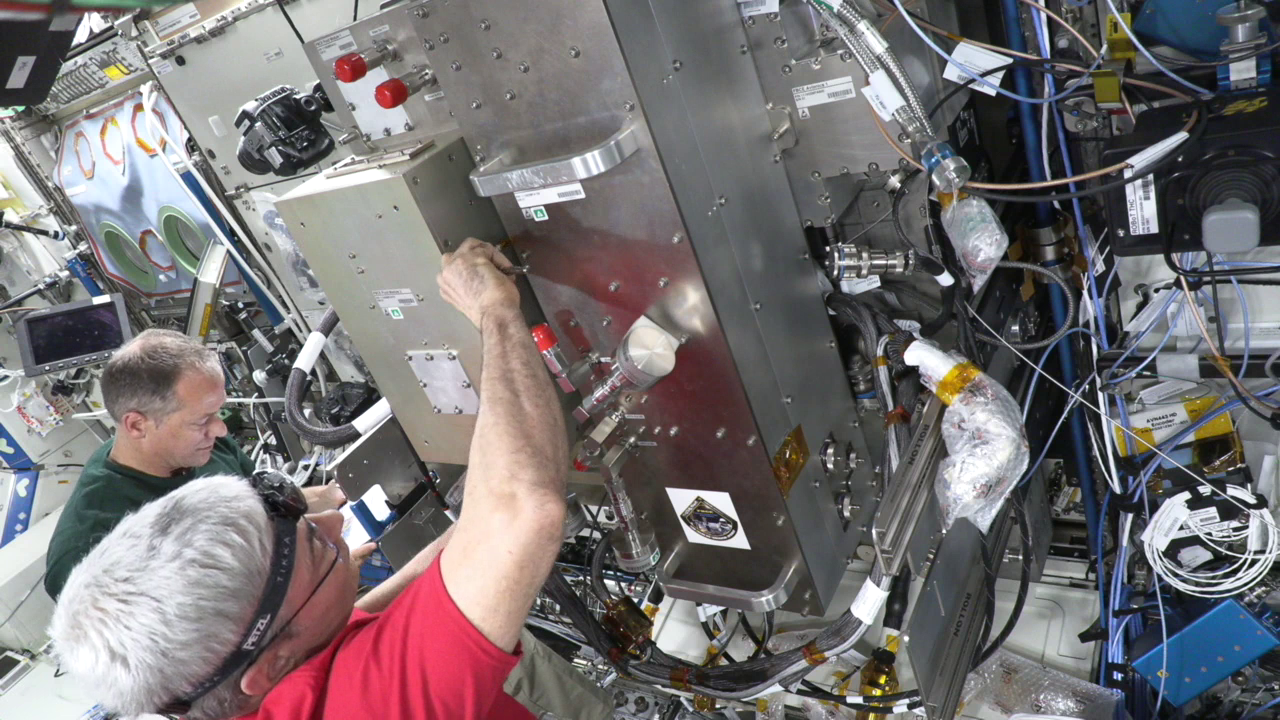 That is still longer than the five minutes it takes to fill a gas tank at the pumps, so work continues on ways to push electrons into an EV’s battery pack even faster with higher-powered chargers. In fact, for commercial vehicles, including heavy trucks and buses with much larger batteries, charging power as high as one megawatt (MW) is envisioned.

There is a problem, however. Increasing charging power at a constant voltage requires higher current levels to flow through the charging cable. As these higher currents encounter the internal resistance of the cable, some of the power is converted into heat energy. With chargers of 50-, 120-, or even 350-KW capacity, this heat can be dissipated with air-cooling. At higher power levels, removing excess heat through liquid cooling of the charging cables becomes desirable or even necessary.

How much cooling would you need to recharge to 80 percent in less than five minutes? That was the question engineers at Purdue University asked themselves. Today’s best chargers can deliver about 520 amps through their cables, but more ordinary chargers are limited to 150 amps or less.

The Purdue team calculated that their cable would need to support a minimum current of 1,400 amps to charge a large-scale EV in less than five minutes. So they designed a cable that could carry 4.6 times the current supplied by today’s fastest commercial EV chargers—one capable of removing more than 24 kilowatts of heat energy while the EV is charging.

To absorb that kind of energy for five minutes of charging required a rethink on how to cool the charging cable as it was determined that simple liquid cooling wouldn’t do the job. Instead, the Purdue team looked to NASA, and an experiment called the Flow Boiling and Condensation Experiment (FBCE) currently flying on the International Space Station (ISS).

It probably helps that the FBCE was designed by Issam Mudawar, a professor of mechanical engineering at Purdue University. The experiment was designed to find an advanced way to cool electronic components in space and uses a two-phase liquid and vapor system to transfer heat.

According to information from NASA, The FCBE absorbs heat along the walls of a flow channel that contains liquid coolant. When more heat is added to the walls of the channel (by an electronic device, for example), the temperature of the liquid increases, and it eventually begins to boil adjacent to the channel walls..

The vapor eventually condenses into a liquid and rejoins the central part of the channel. If the liquid in the channel is in a “subcooled state” well below its boiling point, even greater heat transfer has been observed. By capturing heat in both liquid and vapor forms, the liquid-to-vapor cooling system has demonstrated its ability to absorb 10 times more heat than an ordinary system with pure liquid cooling.

Using the technique developed for NASA, the Purdue team has built a prototype EV charging cable that uses a non-electrically conducting liquid pumped through a channel in the cable. The coolant absorbs heat from the electrical conductor carrying the current in the cable. Not only can the cable carry the 1,400 amps needed for the five-minute EV charging target, but the Purdue team also says that it could carry as much as 2,400 amps.

The university researchers noted that the charging times possible will ultimately depend upon not only the ability of the cable to remove the heat generated but also the power output of the power supply and the power input capability of the EV’s battery system. 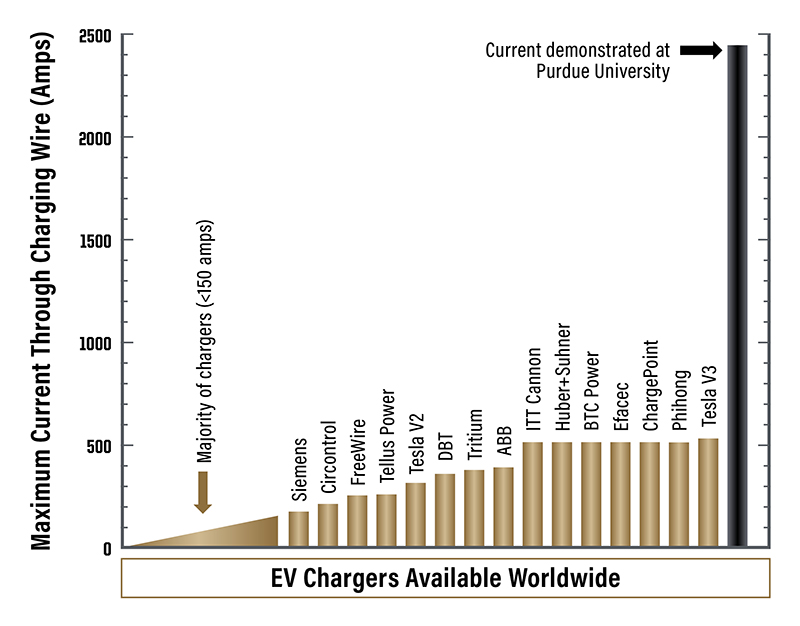 The Purdue charging cable can accommodate a much higher electrical current than the highest-performing electric vehicle chargers in the industry. Image used courtesy of Purdue University/Issam Mudawar

Although Purdue has yet to incorporate the cable into an actual EV charger, the prototype is of the same dimensions and configuration as a real-world charging station. It includes instrumentation, pumps, and controls that provide realistic temperatures and flow rates that would be required for a five-minute charging system.

The next step will be to create an actual EV charger. To that end, the Purdue team has joined with Ford Motor Company to build and test a working charging station prototype by 2023.