Nanostructured Electrodes Save 45% in Hydrogen Generation

Nanostructured Electrodes Save 45% in Hydrogen Generation

Hydrogen has emerged as an alternative fuel to replace fossil-fuel-based energy sources. While hydrogen may be an effective energy carrier and is abundant, finding it in a free state is impossible. Due to its highly reactive nature, hydrogen does not exist freely and can only be produced from electrolysis and other electrochemical reactions. 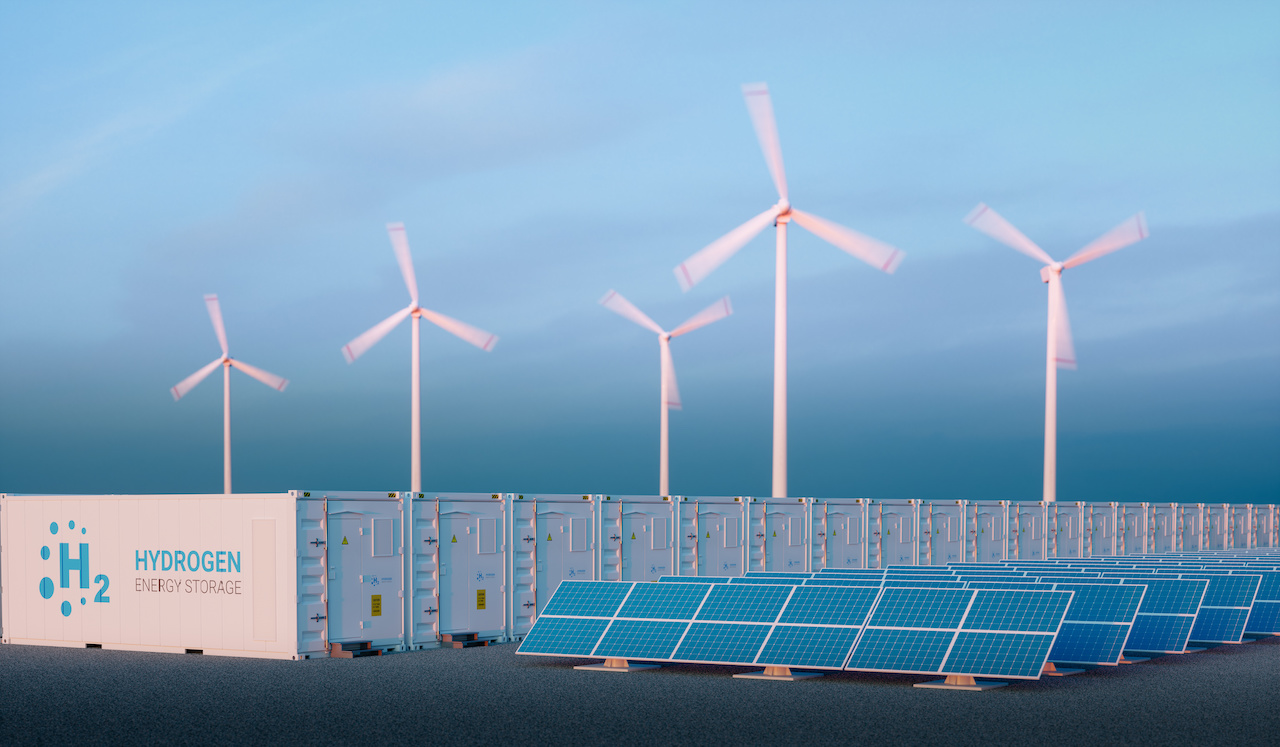 However, these reactions demonstrate slow kinetics due to the low concentration of radicals (H+, OH- ions) close to the electrode surface. Therefore, they require active, stable catalysts for the HER. For instance, platinum is used for water-splitting techniques. Unfortunately, platinum is expensive and uses toxic chemicals that affect the environment.

The concentration of local radicals can increase by applying a large external electrical potential, consuming more electricity. Researchers are working on lowering this energy and enhancing intrinsic activity through doping. Researchers at the Chinese Academy of Sciences and the University of Rochester mention in their paper published in Opto-Electronic Advances that very little work has focused on modulating electric fields around the catalysts to enhance the kinetics of the reactions.

Recent studies have shown that catalysts with ordered nanostructures are better at regulating the surface flux of the reactants, resulting in up to 2 times higher current density. The study authors have developed an approach to boost electrocatalytic fuel generation through their high-performance laser-induced periodic surface structures (LIPSSs). They suggest that LIPSSs on electrodes with periodic ridges and grooves 100 to 300 nm wide must be covered with spherical nanoparticles with 3 to 94 nm diameters. Then, the electric field induced at the ridges would enhance the performance of HER and OER. 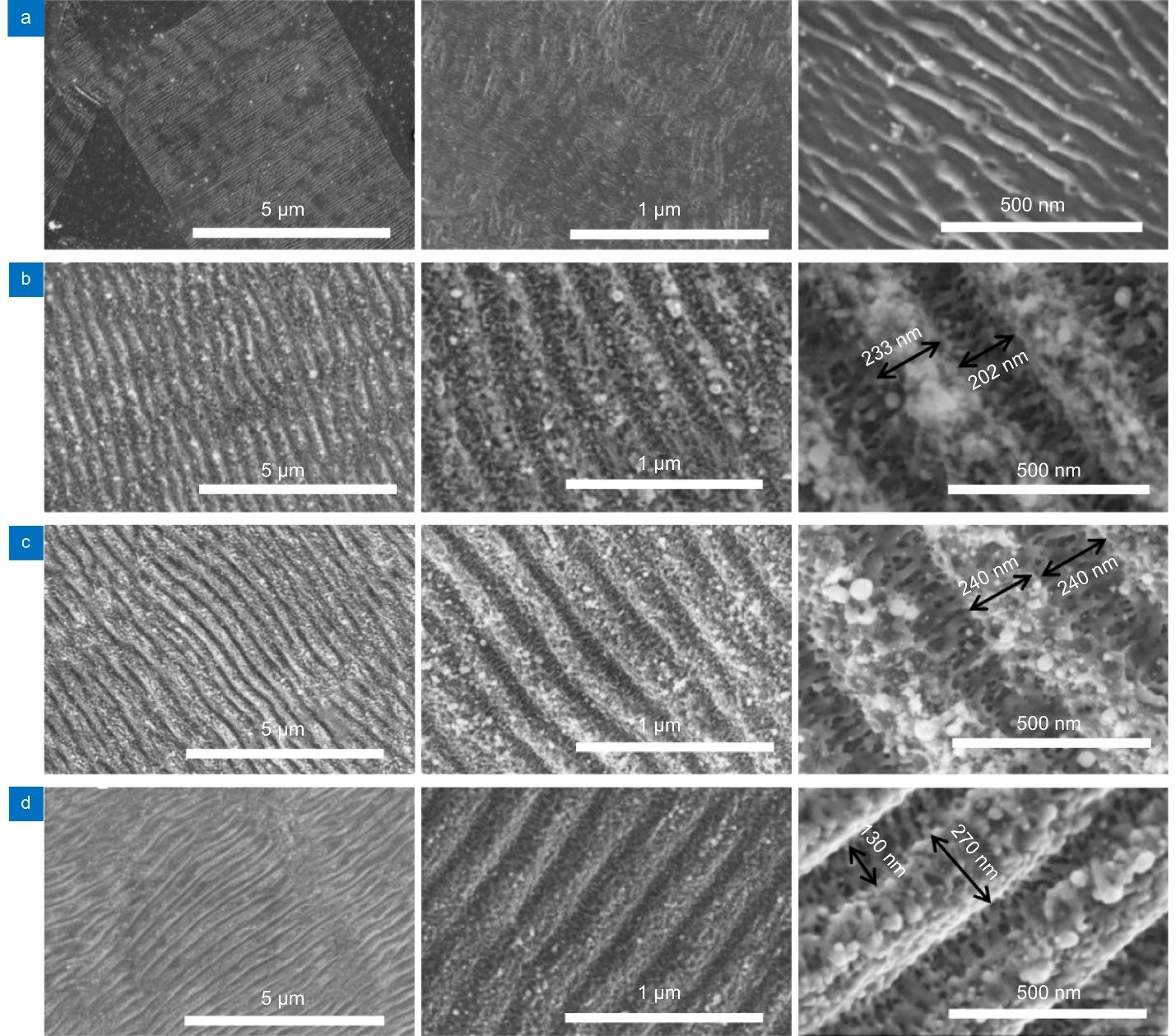 The researchers fabricated LIPSSs on Nickel foam (Ni foam), one of the widely used electrode materials, and controlled structural parameters to optimize electric field-induced modulation in the reagent concentration (LEFIRC) at the electrode surface. The LEFIRC effect boosts the electrochemical hydrogen and oxygen generation through the corresponding evolution reactions. 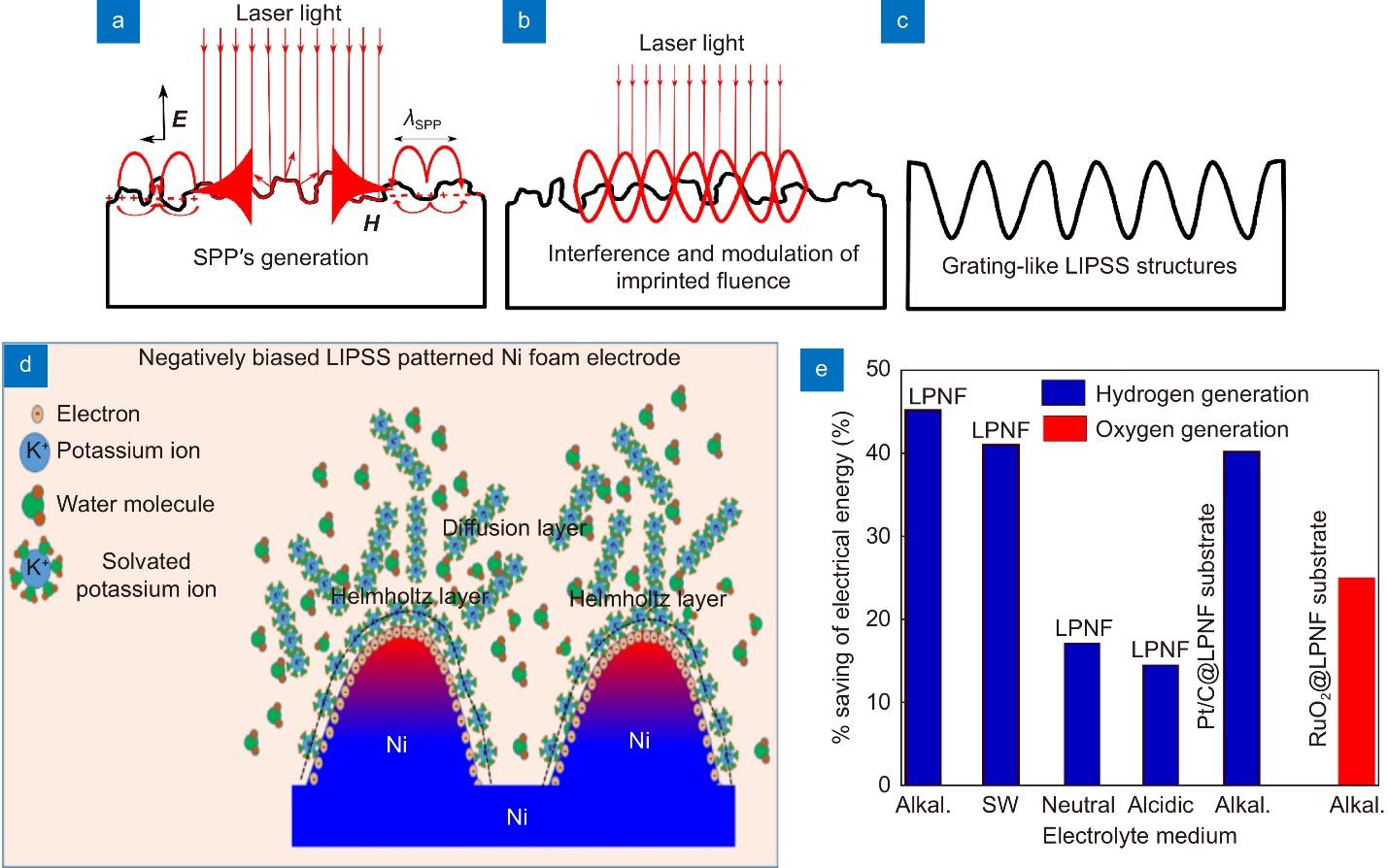 The researchers report that the patterned electrodes show a reduction of around 45% in the required electrical energy to achieve a hydrogen generation rate of 3 x 10^16 molecules cm^-2 s^-1. Moreover, they found that the LIPSS patterned electrodes are also applicable as substrates to boost the performance of electrocatalyst powders.

They further examined that when two LIPSS patterned electrodes were assembled as anode and cathode to form a cell, it needed only 330mV of electric potential to drive 10 mA/cm2 of current density, which is lower as compared to a cell made of pristine Ni foam electrodes. This property of patterned electrodes to operate at significantly lower electric potential has been explored in many electrolytes, including acidic, neutral, and seawater.

The study authors believe their new insights will lead to the demonstration of a single-step, fast, and physical approach of electrode surface patterning to boost electrocatalytic fuel generation performance, which can be applied to any metal and semiconductor catalysts to reduce the required electrical power. They look forward to seeing the new method and its impacts on the market in a few years.