Every once in a while, an elegant piece of engineering hits the technology scene. Such is the case with a vertical rooftop wind generator that uses aerodynamic first principles to harvest wind to create electrical energy. Aeromine Technologies is a startup company located in Houston, Texas, that was started by Texas Tech University professor Carsten H. Westergaard. His patented design forms the basis of a company that plans to bring rooftop energy solutions to buildings worldwide. 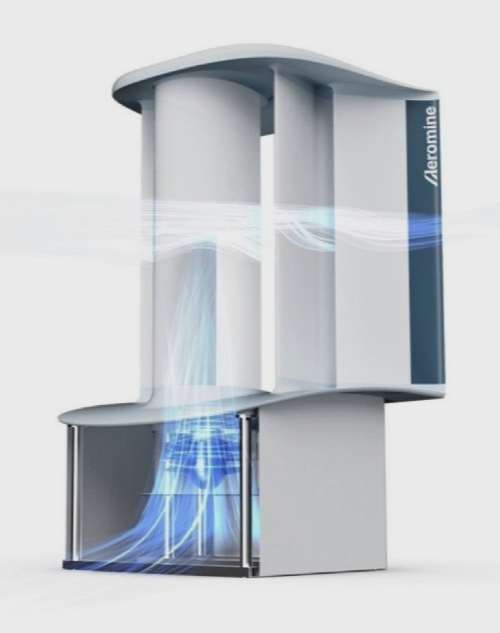 Each unit is designed to deliver 5 kilowatts of AC power. Image used courtesy of Aeromine Industries

Wind and solar renewable energy combined accounted for 13 percent of U.S. energy production in 2021, with wind supplying at least 26 percent of the total. Onshore wind is some of the least expensive electrical power, and both on- and off-shore wind are growing rapidly.

So far, producing utility-scale wind power from megawatt-size wind turbines has required huge wind turbines with rotor blades up to 300 feet long. The length of the blade is necessary to produce the torque that turns generators capable of generating more than 2.75 MW for each individual wind turbine. The electricity produced by huge fields of these gigantic wind turbines helps to power traditional centralized power grids.

An alternative to a centralized grid is a combination of distributed energy resources (DERs) that can be placed on the rooftops of homes and commercial structures to produce small amounts of energy that either power the buildings or contribute energy to the power grid. Solar energy is the main type of rooftop DER because it is easy to install and effective at turning sunlight into electricity during daylight hours.

The Aeromine technology does away with traditional wind turbine blades and instead uses a pair of vertically mounted airfoils (or wings). When air flows past the wings, an area of low pressure forms between them, and an aerodynamically shaped tower placed between the airfoils feeds the suction created by this low pressure through pipework so that it pulls air past a small turbine in the unit’s base. As this turbine spins, it generates electricity. Aside from this small turbine in the base, there are no spinning or moving parts.

According to Aeromine, each device can produce 5 kilowatts of electrical power, and multiple units can be placed 15 feet apart along the leading edge of a building rooftop. Although the units can be placed on the ground, they work better when placed higher up where the wind is stronger, and the aerodynamic edge effects of a building can be used to enhance airflow. The Aeromine devices are oriented toward the predominant wind flow and can operate at wind speeds as low as 5 mph.

The company points out that installing 40 Aeromines on a 140,000-square-foot building only uses 4 percent of the area of the roof to generate the same amount of energy as solar panels, which would require 46 percent of the roof surface. One Aeromine unit produces about the same amount of electrical energy as 16 solar panels. The cost, while not explicitly stated, is reported by the company to be no greater than solar panels that produce equivalent energy.

BASF is currently evaluating the silent and vibration-free Aeromines on the rooftop of one of its factories in Wyandotte, Michigan. 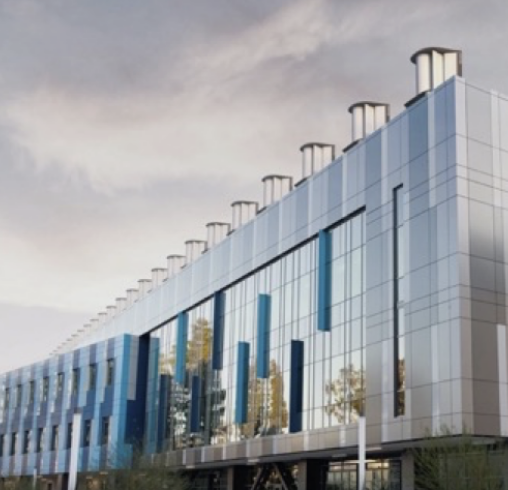 The elegant simplicity of the Aeromine device and its reduced number of moving parts should make it both easy to install and almost maintenance-free.

Although the design will not replace traditional large-scale wind turbines, it doesn’t need to, as it works well as a distributed power source. Because the unit takes up so little space on a building’s roof, combining both Aeromines and solar panels on the top of the building would provide the greatest amount of energy generation. This could produce more than 100 percent of a building’s electrical needs, especially when installed on large, flat rooftop buildings like warehouses, offices, or apartment buildings.