Voltage Proof on the Highest Level

Voltage Proof on the Highest Level

The achievements of the semiconductor industry set trends in current and future electronic devices: they are characterized by lower power consumption, lower operating voltages in the control circuits, miniaturization, and higher clock frequencies. However, these trends do also require capacitors in the power supply that can cope with higher current loads while at the same time the available volume is decreasing [1, 2].

Under these conditions, conductive solid polymer aluminum electrolytic capacitors offer advantageous solutions, for example in power supplies, energy management, motherboards, and other applications with high current demand. A common feature of these applications is the demand for ultra-low ESR values of the capacitors.

In recent years, the rated voltage range of commercially available polymer aluminum electrolytic capacitors has been increased through improvements of the electrically conductive polymers and the optimization of the process steps in the production. Jianghai and their joint-venture partner ELNA succeeded through intensive research and development to produce a new series of polymer aluminum electrolytic capacitors with an unprecedented rated voltage range of up to 200 V. Thus, further fields of application, such as automotive electronics, industrial automation, LED ballasts, telecom infrastructure and white goods can now make use of this advanced capacitor technology.

In particular, the wound cell type (both for radial leaded and surfacemount electrolytic capacitors) and the stacked design (for SMD Capacitors) are commonly found in the market (figure 1).

Plastics or polymers are lightweight, durable and they can be processed easily. They are used in many applications as an alternative to traditional materials. But, as most plastics are insulators, they cannot be used like metals or semiconductors to conduct any electrical current [4].

In 1977, a team led by Hideki Shirakawa produced a shiny plastic film by the accidental overdose of a catalyst. Surprisingly, this film allowed for an electrical current flow. Together, Alan G. Mac Diarmid, Alan J. Heeger and Hideki Shirakawa explored the fundamentals of this phenomenon and were awarded the Nobel Prize for Chemistry in 2000 [9].

While metals and semiconductors have relatively close adjacent so-called energy bands, regular plastics have energy bands so far apart from each other that a current flow is impossible under normal conditions [4] (figure 2). 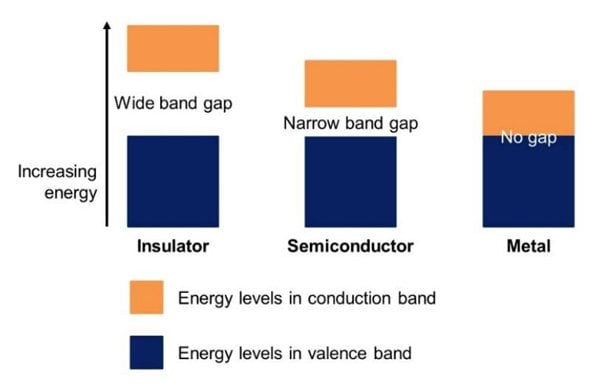 Figure 2: Simplified representation of the energy bands for different materials [9]

An exception is the group of “conjugated polymers”, which involves alternating single and double bonds such as plastics with extended π electron systems. The p-electrons are not tied to a single molecule, but they are rather characterized by a high mobility along the molecule chain. Through the conjugation of many p-electrons, a wide band of highest occupied molecular orbital (valence band) and the lowest unoccupied molecular orbital (conduction band) is formed in the plastic molecule chain.

The electrical conductivity of conjugated polymers is called intrinsic conductivity, and it is initially quite low. Through the generation of positive particles, e.g. by (electro-) chemical oxidation, the conductivity can be increased considerably (figure 3). This process is also known as doping, while this is not comparable to the doping (of few) foreign atoms in the semiconductor process.

Figure 3: Conductivity of some materials as compared to conjugated polymers [9]

The sensitivity of many polymers to elevated temperatures, atmospheric oxygen and moisture is a major challenge in the development of intrinsically conductive polymers for use in electronic components [5]. Table 1 shows the typical electrical conductivity of cathode materials for aluminum electrolytic capacitors.

More stable polymers on the basis of thiophene, pyrrole and aniline are found in various technical applications, while a combination of poly-3,4ethylenedioxythiopene and polystyrolesulfonicacid proved to be especially advantageous [4].

The short name of this substance is “PEDOT:PSS” and this material combines high conductivity, very good transparency in the visible range, thermal stability, mechanical flexibility and above all a very good solubility in water. Its characteristics allow this conductive polymer to be used as a transparent electrode material in a variety of many (opto-) electronic components, such as solar cells, light-emitting diodes, liquid crystal displays, or touch panel displays [6].

The particular challenge when using PEDOT:PSS as cathode material in an electrolytic capacitor is to ensure a complete coverage of the highly roughened (etched) surface of the anode foil (figure 4). 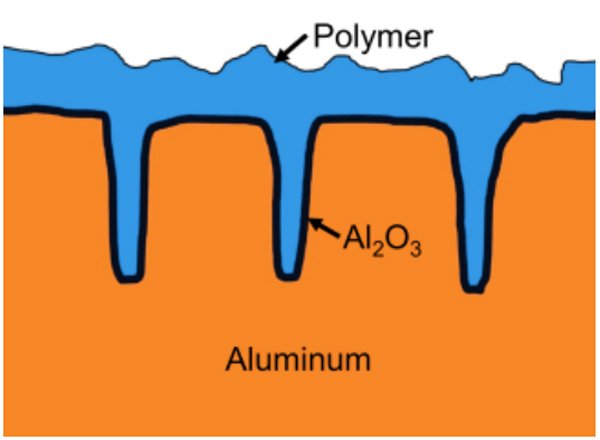 Figure 4: Cross-section of the anode of a polymer alu e-cap (simplified)

The manufacturers use two alternative methods to achieve this: (1) the in-situ polymerization and (2) the impregnation with a pre-fabricated polymer dispersion. 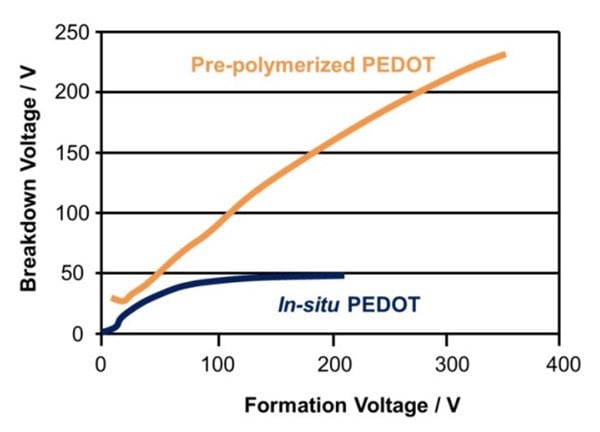 The higher costs in connection with the limited voltage proof with the in-situ process motivated extensive research activities for the development of electrically conductive polymer dispersions. Today, PEDOT:PSS dispersions with a mean particle size of 30 nm and high electrical conductivity in the range 500 S/cm are commercially available [5]. Recent articles report that electrical conductivity values in the range from 1000 S/cm up to over 3000 S/cm can be achieved by using specific solvent mixtures and an optimized temperature control during the processing [6, 7]. 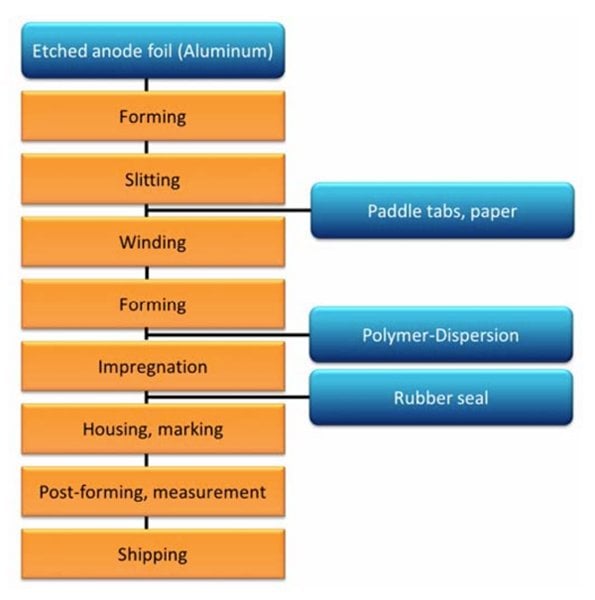 Jianghai has developed a patent-pending formulation for such nanodispersed polymer solutions that enable rated voltages up to 200 V at high conductivity. Figure 6 shows the manufacturing process of polymer aluminum electrolytic capacitors. The formation before the impregnation is necessary because a later self-healing of defects in the dielectric layer is not possible due to the absence of liquid electrolyte. The defects in the dielectric are caused for example by slitting the mother rolls of anode material to the required width, by the riveted connections between anode foil and connecting tabs, as well as by the winding of the capacitor cell. 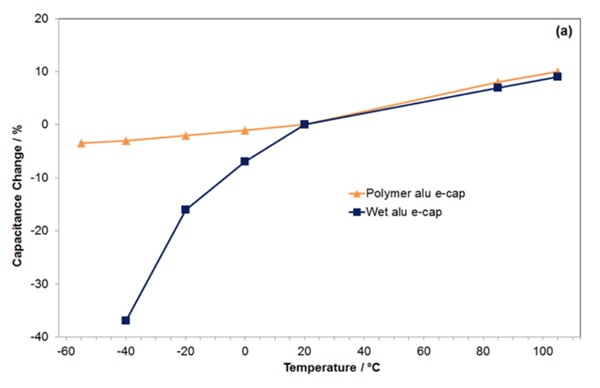 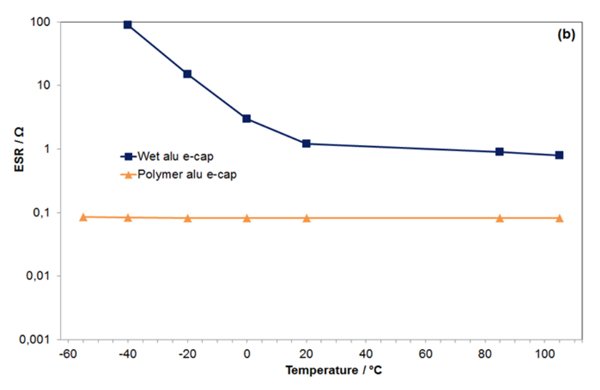 Figure 7: Temperature dependency of capacitance (a) and ESR (b)

As the solid electrolyte cannot evaporate, only temperature-induced changes in material (and thus changes of the conductivity) limit the operating life. The rated voltage may be applied without any derating over the entire temperature range.

In case of a local overheating due to a dielectric breakdown in the aluminum oxide, the polymer film reduces its conductivity as a result of the high temperature and thus electrically isolates the defect site. This effect is called “self-healing”.

Missing gas formation and “good-natured” overload behavior without significant ignition or fire tendency complement the range of benefits of this capacitor technology, and its excellent frequency response is similar to the film capacitor (figure 8). 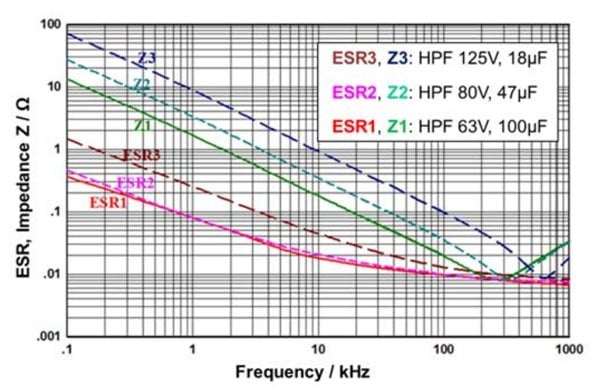 Figure 8: ESR and impedance vs. frequency of some polymer aluminum electrolytic capacitors

As shown in table 1, the polymer solid electrolyte has a much higher electrical conductivity than any liquid electrolyte. Hence, the lifetime of polymer capacitors does not follow the traditional Arrhenius equation: instead of a doubling of life at 10 K temperature drop [1], we see a tenfold increase in lifetime at 20 K temperature decrease (equation 1). 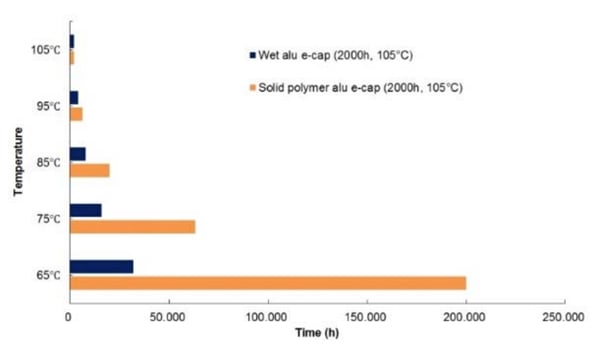 The aging mechanism of electrically conductive polymers is the subject of current research. Some groups [8, 10] examined particularly thin polymer films, because these are of great commercial importance due to their use in displays and solar panels. It is believed that under the influence of higher temperatures, the ionic bonds between PEDOT and PSS break up and form conductive “grains” of oligomers of PEDOT:PSS – this decreases then the observed electrical conductivity. 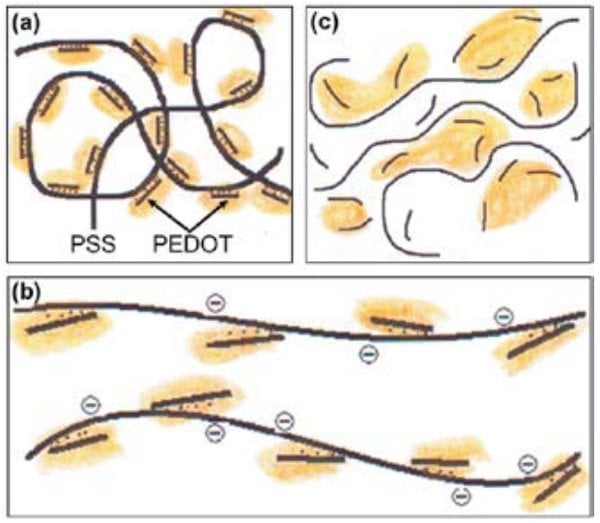 Figure 10: Illustration of a proposed aging process for conductive polymers (from [10])

Figure 10 illustrates this potential effect of increased temperature on the initially disordered PEDOT:PSS “tangle” of long polymer chains (a), that first unfolds and breaks into short chain-structures (b) until it is finally taking on a “grain” structure (c) [10].

Dr. Arne Albertsen studied physics with a focus on applied physics at Kiel University. Following diploma (1992) and doctoral thesis (1994), both on stochastic time series analysis from a biophysical membrane transport system, he pursued an industrial career in plant construction of specialized waste water treatment and renewable energy generation technologies. In 2001, he started to work with leading manufacturers of electronic components like BCcomponents, Vishay, and KOA. He worked in managing positions in design-in, sales, and marketing for passive and active discrete components until he joined Jianghai Europe Electronic Components in November 2008. In his current position as manager sales and marketing, Dr. Albertsen is responsible for the support of European customers. The core of his work comprises design-in activities, application support, and sales of capacitors for professional industrial applications.