The vast variety of power electronic conversion systems, characterized by differences in voltage and power ratings, operating and switching frequencies, as well as application-specific requirements, offers a high number of possibilities from the R&D viewpoint. Mainly due to the increasing affordability and availability of computational resources, various software toolchains have become an integral part in the design of power converters over the years.

Nowadays, apart from the indispensable engineering skill, power electronics designers rely on the use of accurate simulation tools. These allow for simulation of almost any part of the converter circuit ranging from semiconductors and magnetics all the way to control algorithms governing multiple processes in any relevant domain (e.g. electric, magnetic, dielectric, etc.). Moreover, simulations in different domains can be executed independently, however, mixed-mode simulations and co-simulations do not represent a rarity either.

When it comes to control software development, Real-Time Hardware-in-the-Loop (RT-HIL) systems have become an essential and irreplaceable design tool, allowing for control algorithms, typically developed and supported by offline simulations, to be deployed and validated on the real embedded controller used inside the final product. For the low power converters and switching frequencies exceeding tens or hundreds of kHz, RT-HIL systems are not yet capable of providing an adequate support for the reasons falling out of this article’s scope. However, in the domain of high-power converters, which rely on the use of digital controllers, while switching at frequencies not exceeding several kHz, RT-HIL systems have become widely adopted for commissioning and testing of control software.

Even though an RT-HIL system can be used in various ways, Figure 1 illustrates its typical role implying the support to the control software development and commissioning. Thanks to their computational power, stemming from the use of FPGAs and/or CPUs, RT-HIL systems provide the means for high-fidelity real-time simulations of the converter hardware parts. Typically, this includes converter topology with all the parts defining its internal dynamics, along with the relevant elements connected to its terminals (e.g. networks, power supplies, loads). Connecting the dedicated embedded controller to an RT-HIL system through a suitable interface, which often requires custom development as there are many RT-HIL systems on the market, gives control engineers the possibility to explore performances of various control algorithms, without the controller ever realizing that it drives the converter model, running on the employed RT-HIL system, instead of the real power hardware. Consequently, a risk-free environment for the development and testing of control schemes is ensured, which is crucial especially if large and expensive systems, such as MW-level power electronics converters, are considered. What is more, the development of control algorithms and converter hardware parts can take place in parallel, as depicted in Figure 1, which reduces the development time of the converter as a whole. 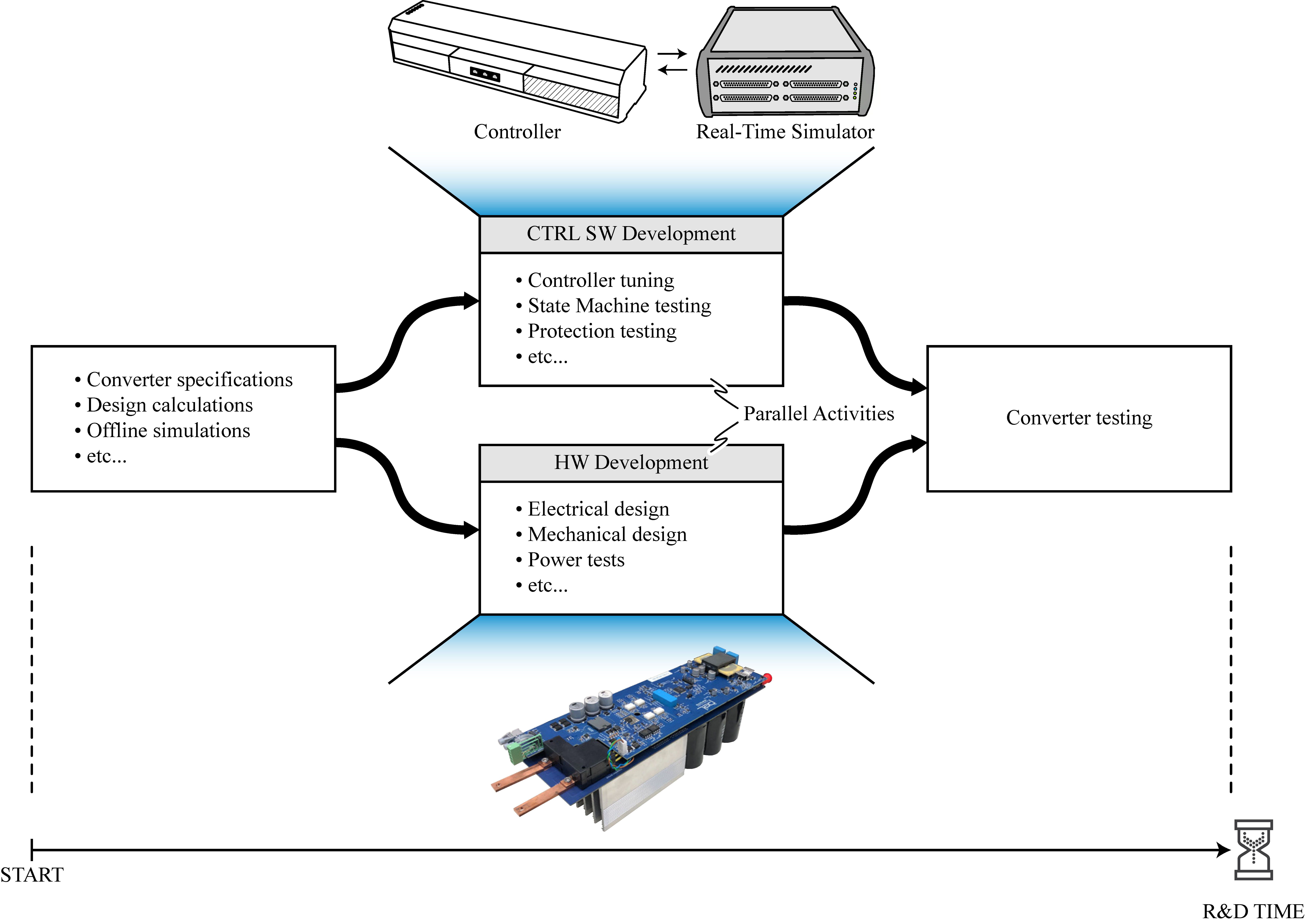 Figure 1. The RT-HIL systems decouple hardware and software development during the R&D process.

Going for the RT-HIL System

Today, numerous RT-HIL vendors are present on the market, which makes the question of the real-time simulator choice rather non-trivial. The decision-making process is quite often affected by different factors and offered performance figures, which are too complex for a short description. Nevertheless, a few important aspects influencing the adoption of a certain RT-HIL system can be listed as: 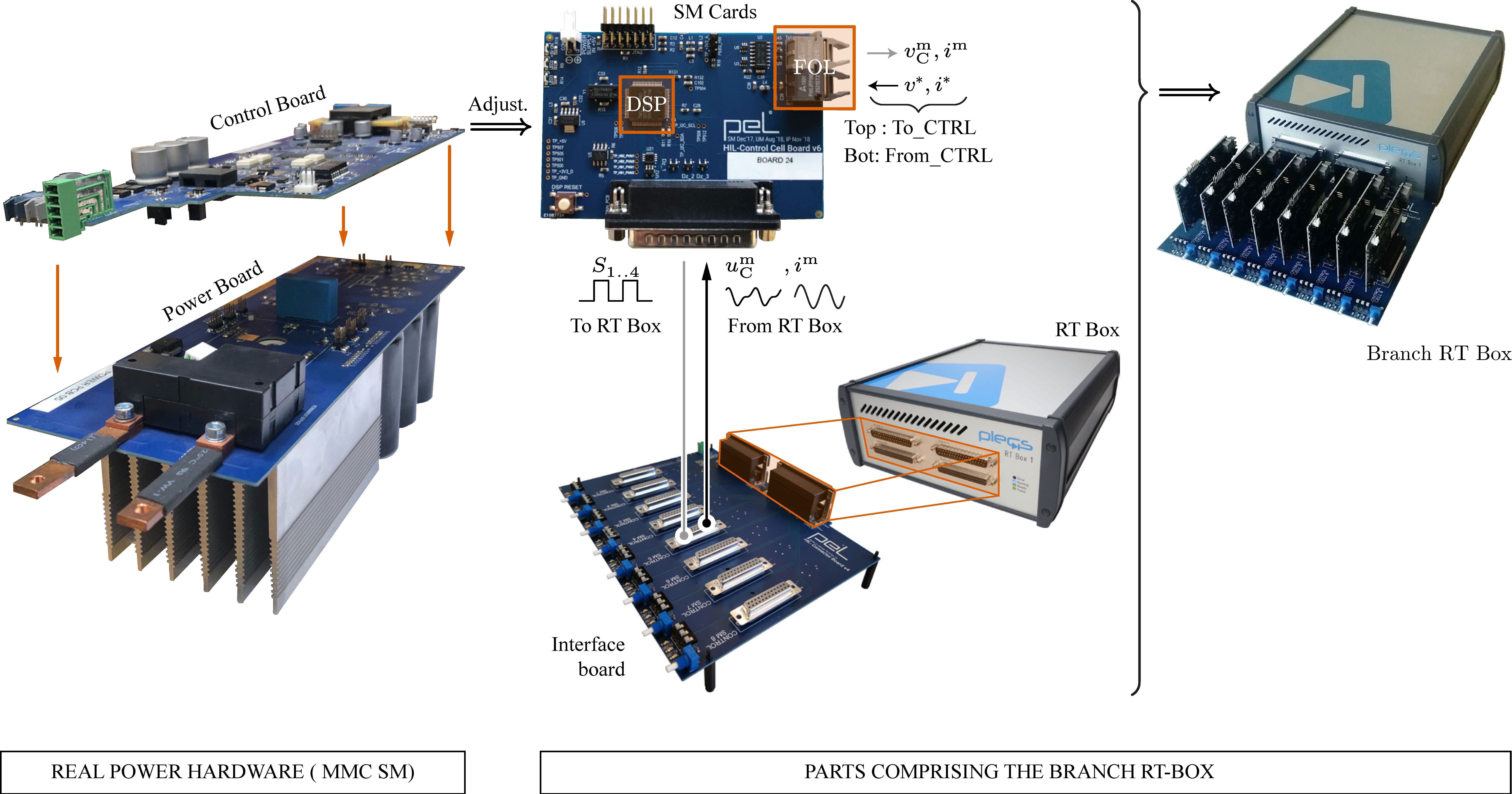 Figure 2. The development steps, from the existing MMC submodule to the MMC RT-HIL system (Digital Twin).

Having been a PLECS user for many years and after gaining initial practical experience with single RT-Box units, such a platform is selected for the development of a large-scale RT-HIL system to support control software development for the high-power medium-voltage Modular Multilevel Converter (MMC) [1].

Owing to the outstanding scalability [2] and the ability to perform various types of conversion [3, the MMC is nowadays considered a suitable candidate for numerous applications. While its modular nature simplifies the hardware design, it requires a complex control structure, where a substantial amount of information needs to be exchanged units are needed to host model of the converter hardware and application served by the it. Figure 2. illustrates some of the design steps, starting from the available MMC submodule [4] having its Power Board, which has been modeled on the RT-Box, and the Control Board, which was cost-optimized for the purpose of RT-HIL while preserving all relevant interfaces and communication capabilities. Finally, one RT-Box unit hosts the model of eight MMC submodules, forming the so-called Branch RT Box, which is replicated six times.

Application RT-Box, visible in Figure 3., hosts the model of an arbitrary application the MMC is serving (e.g. grid-connected converter, drive, etc.). To connect the RT Boxes described above with the controller used for verification of various control schemes, suitable interfaces are developed, as presented in Figures. 3 and 4. Thus, seven RT-Boxes are interfaced and synchronized, for the first time, using available SFP links to host and run the complete model of an MMC. 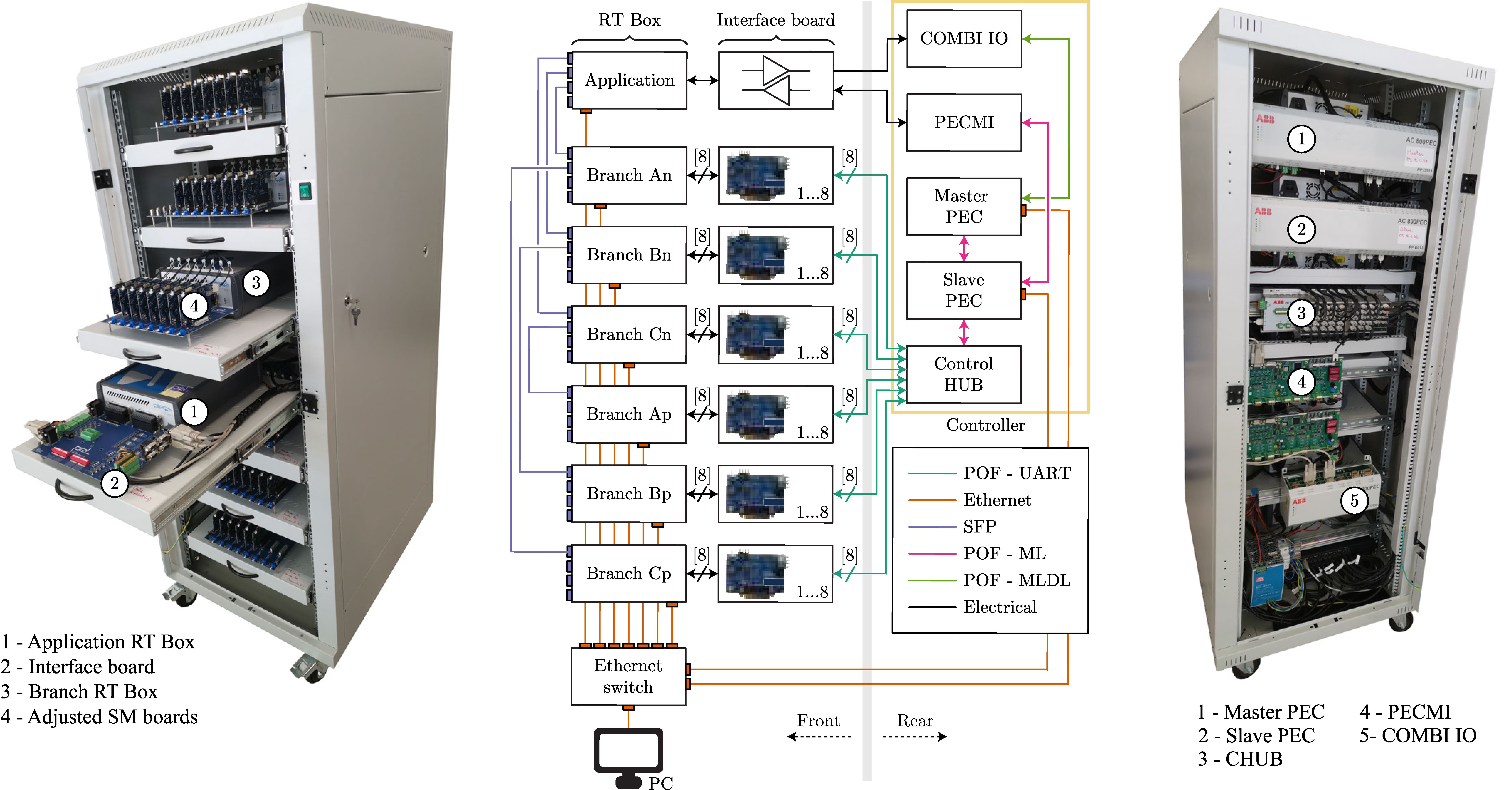 The complete MMC RT-HIL system is shown in Figure 3, and four identical units were assembled in Power Electronics Laboratory at EPFL. Actual controller hardware is based on the industrial controller from ABB (AC800 PEC) where the complete control application software is deployed. Coordination between multiple MMC is managed by Master PEC, while the Slave PEC actually executes the control algorithms such as grid synchronization, grid current control, energy balancing or any other application specific control. A few other control boards are used to gather relevant signals and to communicate with local MMC submodule DSP-based controller through a Plastic Optical Fiber (POF) links, as in the real medium voltage MMC prototype. Figure 3 also illustrates wiring diagram of the system. As can be seen, there are multiple communication channels used, such as electrical connections, POF links with specific protocols, SFP links, or Ethernet based communication, and so on. 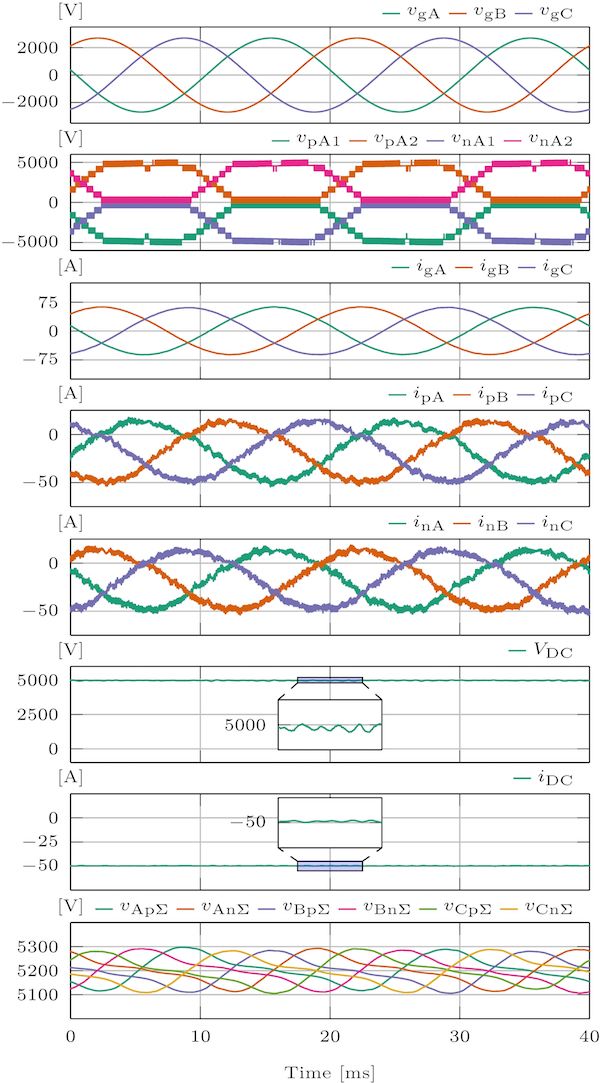 Developed RT-HIL system as whole, supported by the models deployed on RT-Box units, allows for exploration of all operating modes of the MMC in any desired given configuration. For the sake of illustration, Figure 4 presents the MMC operating waveforms, obtained from the RT-HIL, in case the energy is transferred from AC to DC side (rectifier mode) at the power level equal to 250kW. Typical MMC operating waveforms are produced thanks to high fidelity of RT simulation models and system-level integration with the real controller. Testing of state machine transitions (e.g. from charging to operating), various protection functions, control algorithms of the external and internal variables, or application-specific scenarios, can easily be investigated in a time-efficient manner.

This article provided a short description of the MMC RT-HIL realized by means of the small-scale HIL units (i.e. RT Boxes). For the first time, the MMC model, suitable for real-time simulations, was sectioned and distributed over seven RT Boxes, demonstrating flexibility and scalability of this real-time simulation platform. Validation of the assembled system was performed by means of an industrial controller, while further upscaling is being currently investigated.