This article discusses techniques on designs to increase the efficiency of conversion at high power by utilizing improvements of converters.

This design, incorporating an AC-DC converter with more than 3 kW output power, active PFC, and two-phase interleaved conversion, was developed to confirm the possibility of achieving a high efficiency of conversion at high power by utilizing the following improvements:

Utilizing the quasi-resonant mode minimizes power loss from recharging the MOSFET’s output capacitance along with any stray capacitance in high power mode. The two-phase interleaving architecture with current modulation and 12-bit resolution-multiplying DAC with fast comparator that acts as a high-resolution amplitude discriminator generate a current waveform that accurately mimics the reference waveform. Therefore, the power factor is high and distortions are low, thereby contributing to the converter’s efficiency.

The current switch TURN OFF time is reduced by shifting the gate voltage into a negative area using a fast IXYS high current gate driver with negative supply voltage.

This design provides a basis for developing a variety of AC-DC Converter power management applications with IXYS power devices and an MCU, including the following:

The design approach and schematic for the Efficient MCU-Controlled High Power PFC with Two-Phase Current Modulation is described in the References section [1].

The quasi-resonant mode is adaptive to varying peak current value and is controlled by the MCU. The SJ MOSFET switch is turned OFF at each instance of peak current. The inductor’s (and MOSFET’s drain) voltage begins to fall in a resonant manner. When the inductor voltage becomes equal to the input sine wave voltage, the comparator generates a pulse to the MCU. Because the resonant parameters tend not to change substantially in a particular design, the required delay time needed to turn the switch ON at zero inductor current is predictable. These values are stored in the MCU’s Flash memory and loaded in the timer to generate the next ON pulse upon arrival of the aforestated comparator pulse. This turns the MOSFET switch ON every time at zero or near-zero inductor current.

The converter operates in quasi-resonant mode at high power unless the load power drops below 50% of peak power. If output power drops below 50% of peak power, the converter deactivates the slave converting phase and operates in discontinuous conduction mode with an active snubber to dump the resonant oscillations (See References [2]). The output voltage is controlled primarily by pulse density modulation via delay time. Fine-tuning of the output voltage is still accomplished by modulation of peak current reference amplitude in a limited dynamic range.

Turn OFF time of the current switch is a substantial component in power loss and should be as short as possible. To reduce turn OFF time, a gate driver with current capabilities equal to limits of the IXFH50N85X SJ MOSFET gate bonding was utilized. Additionally, the gate voltage in the off-state was shifted into a negative area by powering the gate driver with a negative supply voltage. This approach is very effective in shortening Turn OFF time as shown on Figures 1 and 2. Figure 1 depicts the conventional gate driving approach with the gate resistor equal to 5 Ohms and lower voltage at ground level. Figure 2 depicts waveforms of the boost stage with the gate driver rated at 30 A and common node sifted to minus 15 V, which results in almost two times reduction in the overall switching time. 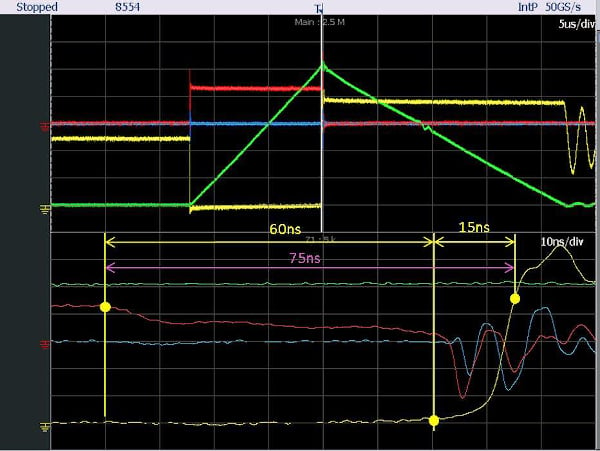 Figure 1: Boost Switching of SJ IXFH50N85X in a Typical Application. Legend:  Yellow – Inductor/Drain Voltage; Green –inductor current; Red – gate voltage. Note: The bottom of the scope snapshot is a zoom of the top portion of the area between two white lines. 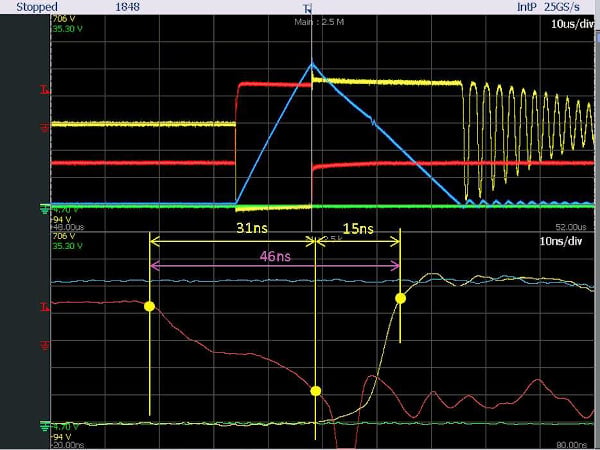 Figure 2: Boost Switching of SJ IXFH50N85X in an Enhanced Driving Application. Legend: Yellow – Inductor/Drain Voltage; Blue – inductor current; Red – gate voltage. Note: The bottom of the scope snapshot is a zoom of the top portion of the area between two white lines.

For comparison, silicon carbide device IXFN50N120SK was used in the same application. The gate driver common node was shifted to –5 V due to gate specification. The gate charge time for SJ IXFH50N85X is 25 ns, i.e. shorter than one of Si MOSFET that is 31 ns, but overall turn OFF time is in the same range (see Figure 3). Therefore, X-class MOSFETs can be used to design circuits that provide switching characteristics similar to one that utilizes SiC MOSFETs. 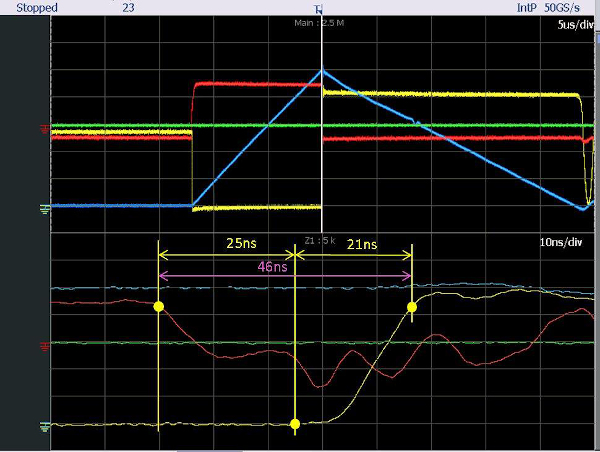 Figure 3: Boost Switching of IXFN50N120SiC in an Enhanced Driving Application. Legend: Yellow – Inductor/Drain Voltage; Blue – inductor current; Red – gate voltage. Note: The bottom of the scope snapshot is a zoom of the top portion of the area between two white lines.

Fast turning switch OFF creates an overshoot on the MOSFET drain that depends on the forward recovery time of the boost rectifier diode. Application with diode DHG40C1200HB creates an overshoot of 200 V over output PFC voltage as seen in Figure 1. The diode is fast and is ideal for reverse recovery in hard switching at continuous conduction mode. For critical conduction mode, hard switching is single-sided and requires fast forward recovery to reduce overshoot. The body diode of Si MOSFET was determined to be the best for use where fast forward recovery time is required. Using SJ IXFH50N85X (the same device as in switch) as a diode resulted in a reduction of overshoot to 100 V (see Figure 2). At 30 A peak current at the moment of switching, using the body diode of MOSFET decreases power loss at boost diode by two times compared with DHG40C1200HB, thus substantially contributing to an increase in efficiency of the PFC converter.

At high switching currents and frequencies, the inductor is as important as other components. Saturation of the inductor at peak current causes loss of the device’s efficiency, because reducing inductance increases the inductor’s current, but does not result in increasing stored energy.

MPS Industries had developed a high-frequency inductor for high power with excellent magnetic characteristics for PFC applications (see Figure 4). The use of this inductor provides steady efficiency within a wide load range, up to peak load power. 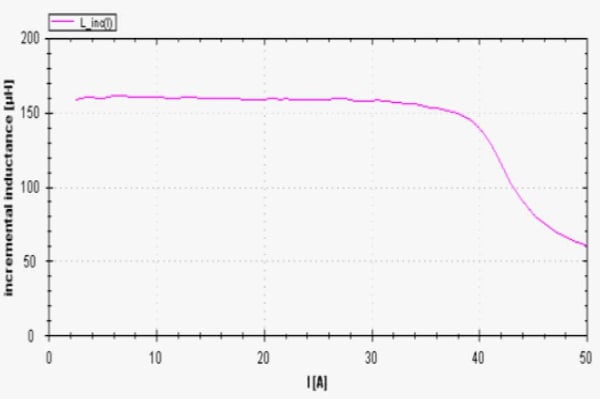 Figure 4: Inductance as a Function of Current for PFC Applications by MPS Industries. 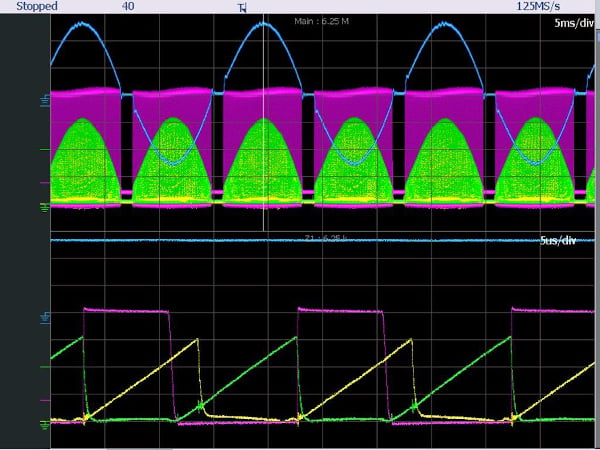 Figure 5: Power Line Current Waveform. Legend: Yellow and Green – first and second inductor charging currents; Blue – power line current; Magenta – second inductor voltage. Note: The peak inductor current amplitude is 30 A at AC input of 240 V. The Voltage on the inductor is 400V. The bottom of the scope snapshot is a zoom of the top portion of the area between two white lines.

IXYS’ MCU-controlled PFC, which consists of an MCU Module, a Main Power Board, and Auxiliary Board, is shown in Figure 6. The MCU and Auxiliary Modules are implemented as add-on devices powered by an auxiliary power supply. The MCU Module contains a connector for MCU programming. The MCU should be programmed before powering the entire system.

The Main Power Board is a four-layer surface-mount board that provides easy access to test points. Power dissipated on MOSFETs is less than 54 W at 3000 W output power. This board may be powered from a 50 Hz or 60 Hz 220/240V AC source. Auxiliary power supply provides ±3.3 V for the MCU and ±12 V for the gate drivers on the Main Power Board. 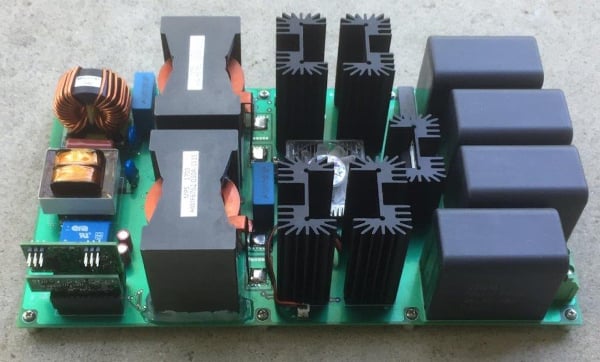 Figure 6: Main Power Board with MCU and Auxiliary Modules.

The efficiency of the reference design schematic is determined for the conversion circuitry by excluding the diode rectifier and AC filter. At a load power of 3000 W, the power loss is 54 W, which corresponds to an efficiency rate of 98.2%. Additional power loss is attributed to the Diode Bridge and AC line filter inductors.

This MCU-controlled PFC is a continuation of digital power control designs based on Zilog’s F6481 series of MCUs, which offers ample flexibility in implementing a unique control algorithm that aids in creating efficient power systems. The primary focus of the 3 kW PFC converter is on increased efficiency through design approaches and new power MOSFET devices from IXYS. The fast switching capabilities of X-class SJ MOSFET and fast forward recovery time of the SJ MOSFET’s body diode are key components that help achieve the goal of increasing the efficiency of PFC and other power converters designed with digital power control.