After an invitation to some 25,000 Powerwall-owning PG&E customers, Tesla and the utility giant will look to build what they say could be the world’s largest “distributed battery.”

The decarbonization of the electrical power grid has meant the deactivation of existing coal-fired power plants and an increase in renewable resources such as wind and solar.

Because these renewables are intermittent, only producing electrical power when the wind is blowing or the sun is shining, electrical energy storage has become an increasingly crucial aspect of grid reliability.

While large-scale lithium-ion and flow battery systems located at wind farms and solar facilities are a proven resource for such storage, another concept, called a virtual power plant (VPP), is gaining a great deal of interest.

VPPs take advantage of the numerous battery storage systems in private homes and businesses, many of which are tied to home solar power systems, to create a regional distributed power resource that can respond to spikes in grid demand.

With enough participating systems and in tandem with smart metering technology, VPP systems can produce roughly the amount of energy generated by a small-sized traditional power plant.

With enough participating systems, VPPs can provide an energy output equivalent to that of a small-scale traditional plant. Image used courtesy of Kirill Shavlo/Unsplash

Now, looking to stabilize California’s electrical power grid, San Francisco-based Pacific Gas and Electric (PG&E), the largest utility in the United States, is partnering with Tesla to launch a commercial VPP of its own.

“VPPs are a valuable resource for supporting grid reliability and an essential part of California’s clean energy future,” said Aaron August, vice president of business development and customer engagement at PG&E, in a written statement. “Our customers’ home batteries offer a unique resource that can positively contribute to our state’s electric grid and will become more significant as our customers continue to adopt clean energy technology.” 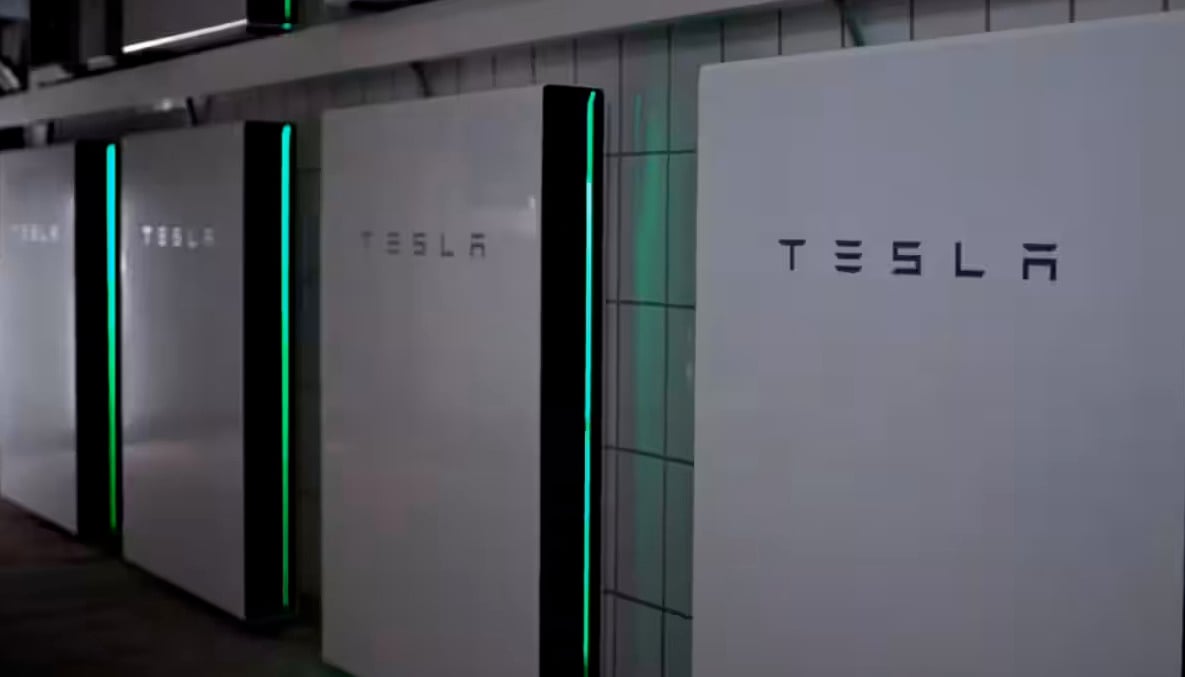 Assuming the average household uses two Powerwalls, each of which can supply 5 kilowatts (kW) of continuous power, the PG&E VPP could already sport a capacity of 15 megawatts (MW).

Through its collaboration with PG&E, Tesla is participating in the utility’s Emergency Load Reduction Program, a five-year initiative PG&E launched in 2021 to pay consumers for either reducing their own consumption or increasing electricity supply during grid emergencies, the utility said.

Tesla originally announced the partnership in 2021 with a call for its Powerwall users to join a VPP pilot, which the company promised would include a minimum of 20 hours of load management events. The program was slated to run through midnight on February 28, with Tesla and PG&E utilizing the VPP when California’s grid operator, CAISO, declared an alert, warning, or emergency in response to “challenging grid conditions,” Tesla said.

Though Tesla at the time offered no concrete window in which those events would occur,  PG&E was far more specific with this latest venture. The utility will call load management events in response to high electricity demand between 4 and 9 p.m., May through October, PG&E said.

The joint VPP pilot will compensate participants $2 for each incremental kilowatt-hour (kWh) a Powerwall they own delivers during an event, PG&E said. In its 2021 pilot announcement, Tesla noted that as much as $10 can be earned for each event, but neither it nor PG&E offered such a specification this July.

Tesla will make payments in a lump sum, to be calculated by PG&E at the end of the season and deposited by March of 2023, the company said. 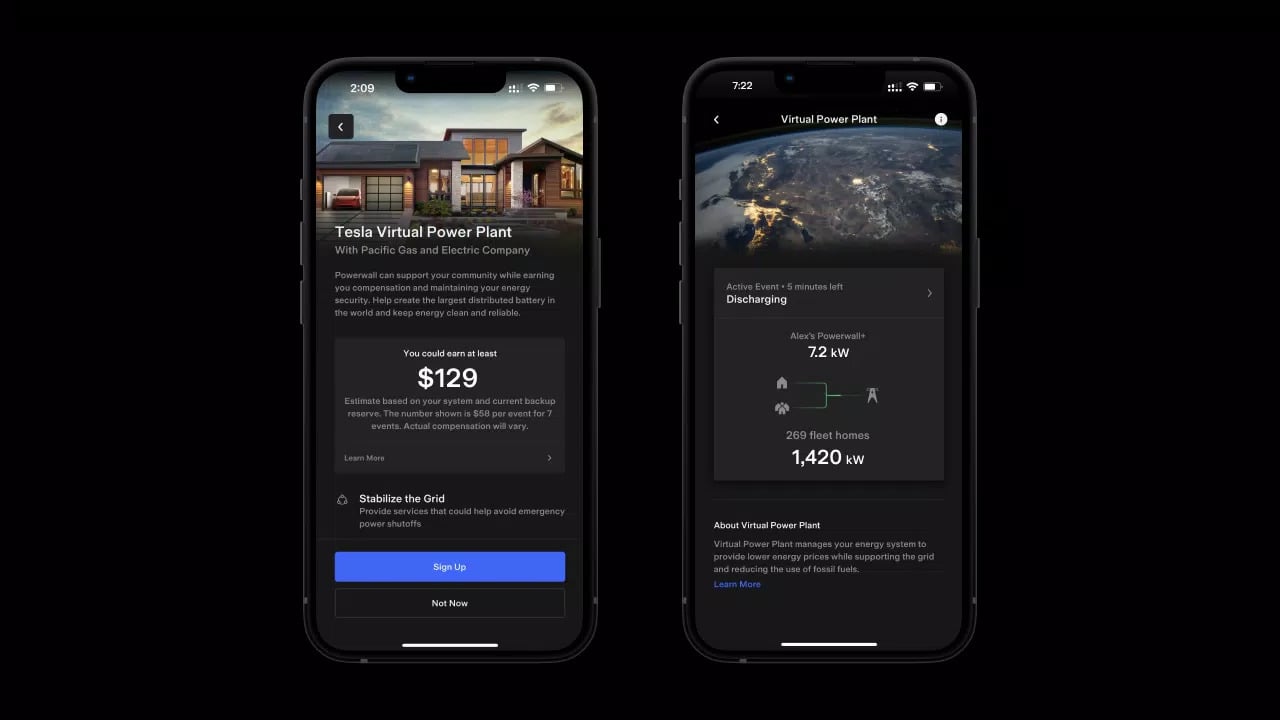 Participants will earn $2 for each incremental kWh their Powerwalls deliver during an event. Image used courtesy of Tesla

Powerwall owners will receive a notification when an event is scheduled, Tesla said; participants can expect their Powerwalls to prioritize charging in preparation for the event, the company added.

To ensure their own back-up power needs are met in the event of an outage, participating customers can set discharge limits though their Tesla app, PG&E said. Customers can also opt out of an event entirely, if they prefer.

Eligible PG&E residential customers must own at least one Powerwall, have an interconnection agreement with the utility, and not be enrolled in any other demand response program, PG&E said.

Tesla Pushes for VPPs in its Newly Adopted Home State

Tesla has also launched a VPP demonstration project in Texas, hoping to convince the state’s grid operator, the Electric Reliability Council of Texas (ERCOT), that VPPs are a viable form of critical grid support; the state does not currently allow homes to provide the grid with battery-stored back-up power.

Powerwall owners can participate as volunteers, though will receive no payment for the energy provided during test events. However, for those who participate in the majority of tests, and in so doing risk suffering a small increase in energy costs, Tesla is offering a $40 company gift card as a token of its appreciation, the company said.