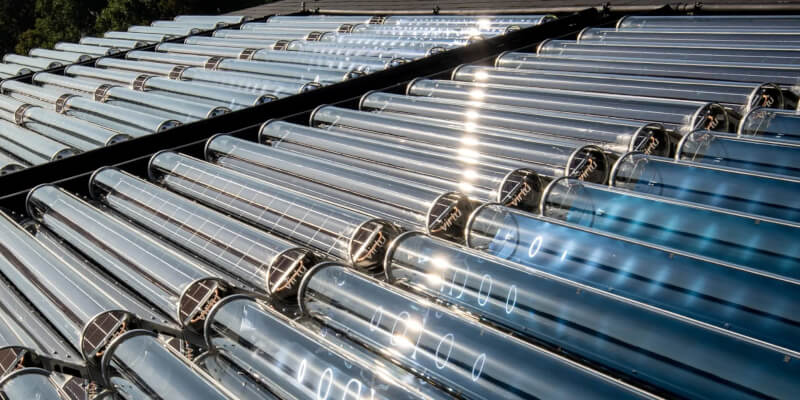 Tubes and pipes are most effective in heating and cooling systems. Most computers and laptops use heat pipes to cool the processor, and vacuum tubes are still used in high-end amplifiers.

Solar vacuum tubes are thermal technology that heats water with solar radiation. The vacuum tubes consist of borosilicate glass that allows more solar radiation to penetrate than ordinary glass. Similar to a thermos, it has an inner and an outer glass layer.

In the tube, the air is removed to form a vacuum, so there is no heat transfer to either side. The inner glass tube is coated with solar collecting material, which is responsible for the performance of the vacuum tube as it absorbs and transfers solar heat radiation. Due to the vacuum, heat cannot escape, making these tubes more efficient.

Naked Energy's rooftop solar vacuum tubes generate heat as well as electricity. They use the same collector for photovoltaic mechanisms and thermal conversion.

Vacuum tubes for electricity and heat have many advantages. For flat-plate solar collectors, the sun's rays strike the collectors at an oblique angle during dusk and dawn and are only vertical during midday. Therefore, calculating the tilt angle of solar panels is crucial in flat-plate photovoltaics. For vacuum tubes, angle plays a minor role as the rays always strike at an oblique angle.

Naked Energy's rooftop vacuum tubes are similar in construction to traditional solar vacuum tubes. They unveil two products: VirtuHOT, which heats water only, and VirtuPVT, which combines photovoltaic and thermal technology to generate electricity and heat from a single solar collector. 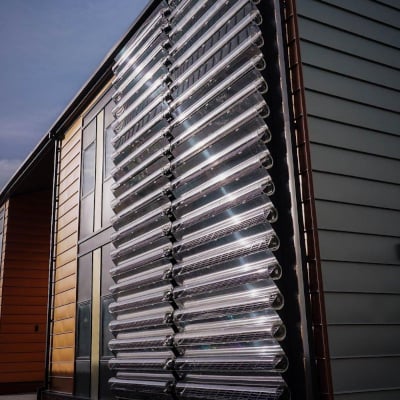 Naked Energy claims their Virtu products are 3 to 4 times more efficient than traditional flat-plate photovoltaics. They say their vacuum tubes reduce thermal losses, resulting in high efficiency, even in cold weather. Moreover, their solar collectors are tilted at an optimum angle for maximum solar irradiance.

The tubes are modular and have a low profile to avoid wind shear. Naked Energy comments that their Virtu products are highly suited for buildings with high heat demand, such as manufacturing plants, hospitals, and hotels.

The Partnership Between Naked Energy and ELM

ELM Solar, ELM Companies' new division, announced the distribution of Naked Energy's Virtu products through their dealer network and partnerships across the United States. It will also build a factory in Texas to assemble the Virtu products domestically. The aim is to manufacture domestically and reduce dependence on foreign supply chains.

Naked Energy has tried to decrease the costs with its new manufacturing innovations. However, the tubes might still be too expensive for individual households, but they are highly suitable for properties like hotels and hospitals.