Renesas Corporation, a leader in the automotive chip space, announced this week that it plans to acquire U.K.-headquartered Dialog Semiconductor in a deal worth nearly $6 billion.

Dialog Semiconductor is known for its power management solutions that serve in-demand markets such as automotive, 5G, IoT, and wearables. In 2019, the company generated $1.5 billion in revenue—primarily dominated by its custom mixed-signal segment, consisting of power management ICs, lower power PMIC, battery management systems, and display PMIC. Advanced mixed-signal sales and connectivity and auto sales claimed 18% and 13% of the company’s overall 2019 revenue, respectively. 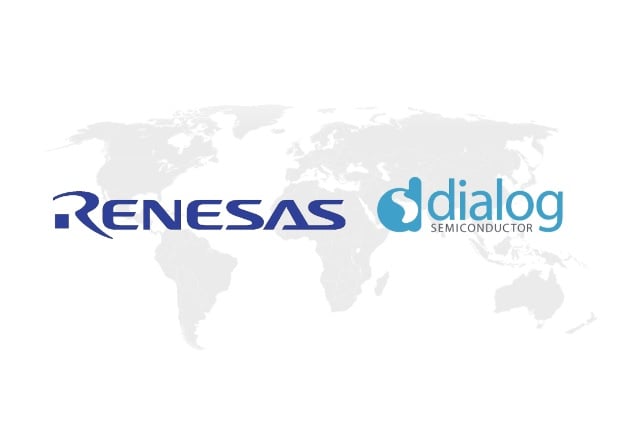 In 2018, Dialog signed a $600 million licensing deal to transfer its power management patent licenses, assets and 300 employees to Apple. The agreement enabled the company to refine its business focus on custom mix-signal and automotive products.

The merger of portfolios will diversify Renesas’ portfolio across its automotive, industrial, IoT and infrastructure end-markets, the company stated in an investor presentation on Feb. 8. 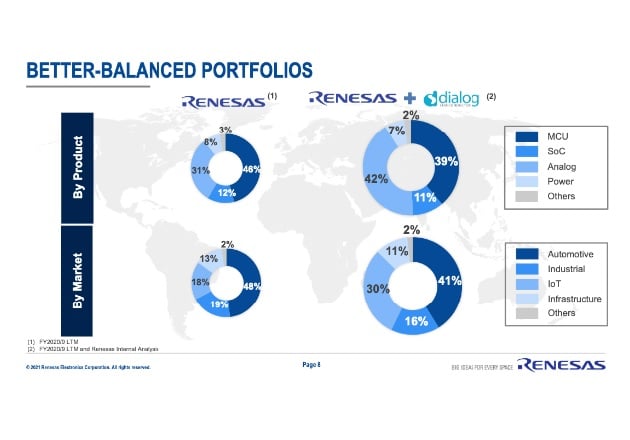 Renesas generated 718.2 billion yen (around $6.9 billion USD) in revenue in 2019, dominated by its automotive and industrial, infrastructure and IoT segments.

Renesas President and CEO Hidetoshi Shibata stated in a press release that the Dialog acquisition reflects the company’s plan to achieve “substantial strategic and financial benefits” following its previous acquisitions.

Dialog has made a few acquisitions of its own in the past few years. In June 2020, it closed the acquisition of IC manufacturer Adesto Technologies as a part of its expansion into the Industrial Internet of Things (IIoT) market. And, in October of 2019, Dialog acquired German IC supplier Creative Chips for $80 million, boosting its segment for low-energy IoT devices.