This move is aimed at helping engineers design better technologies.

As part of the new collaboration, over 75,000 new computer-aided design (CAD) models of Panasonic’s components have been added to the SnapEDA platform.

SnapEDA was founded in 2013 by Natasha Baker, and in the past few years quickly grew as one of the most used parts libraries for circuit board design.

The San Francisco-based firm reportedly counts over 750,000 professional engineers who are active on the platform every year. 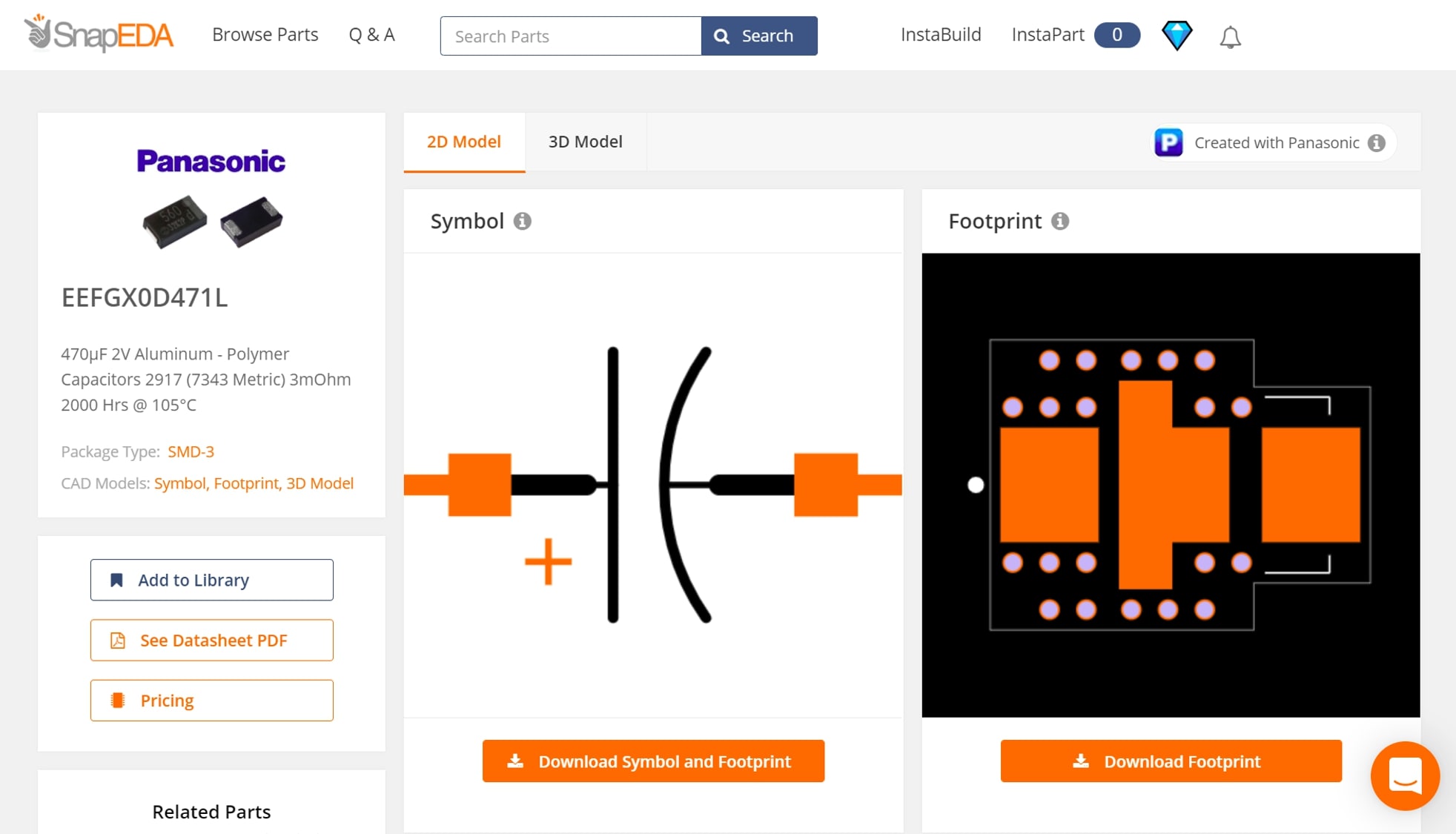 An example of a 2D Model. Image used courtesy of SnapEDA.

The estimated number of unique electronics products manufactured as a result of the SnapEDA platform so far is 192,000 and includes medical devices, satellites, and drones, among others.

The company counts several tech giants as its clients, including Google, Facebook, and Samsung, as well as smaller firms.

Throughout its eight years of operations, SnapEDA entered a number of partnerships with leading electronics manufacturers, aimed at increasing the number of available designs on its platform.

For instance, back in 2018, the company partnered with Samtec to include over 100,000 new product designs.

The firm has also joined forces with DesignSpark earlier this year to provide an easier way to search for components by typing keywords or specific part numbers. 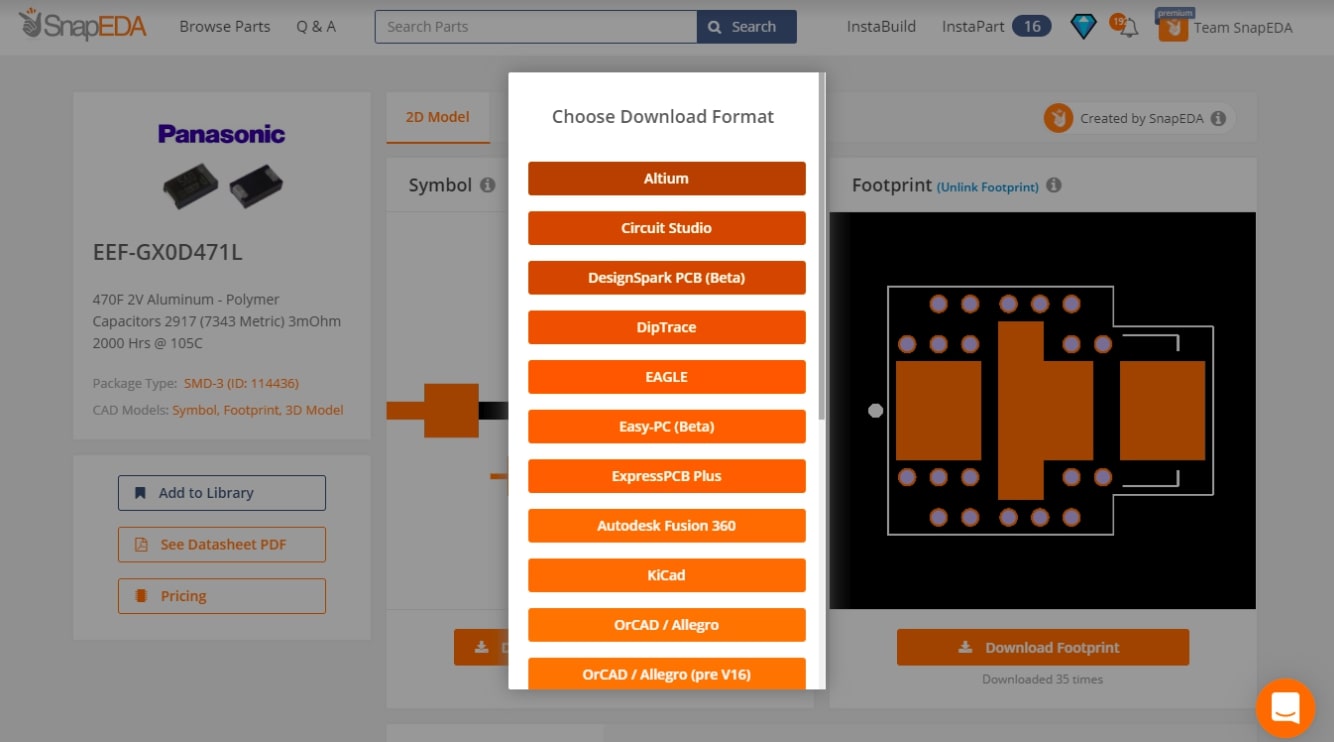 SnapEDA projects can be downloaded in a number of formats. Image used courtesy of SnapEDA.

The addition of the new 75,000 Panasonic models will now make the SnapEDA platform even more appealing to engineers interested in designing electronics products.

According to Tetsuya Fukuzawa, Director at Panasonic Industrial Solutions, the implementation process was as quick as it was effective.

“In mere weeks, SnapEDA created and verified over 75,000 CAD models and their rapid support made the process seamless,” Fukuzawa said.

The designs include schematic symbols and PCB footprints for electronics, together with 3D mechanical models designed to ensure proper mechanical clearances and design visualization.

“Panasonic strives to provide the highest quality products to their customers and these new CAD models are no exception,” Baker said, commenting on the news. 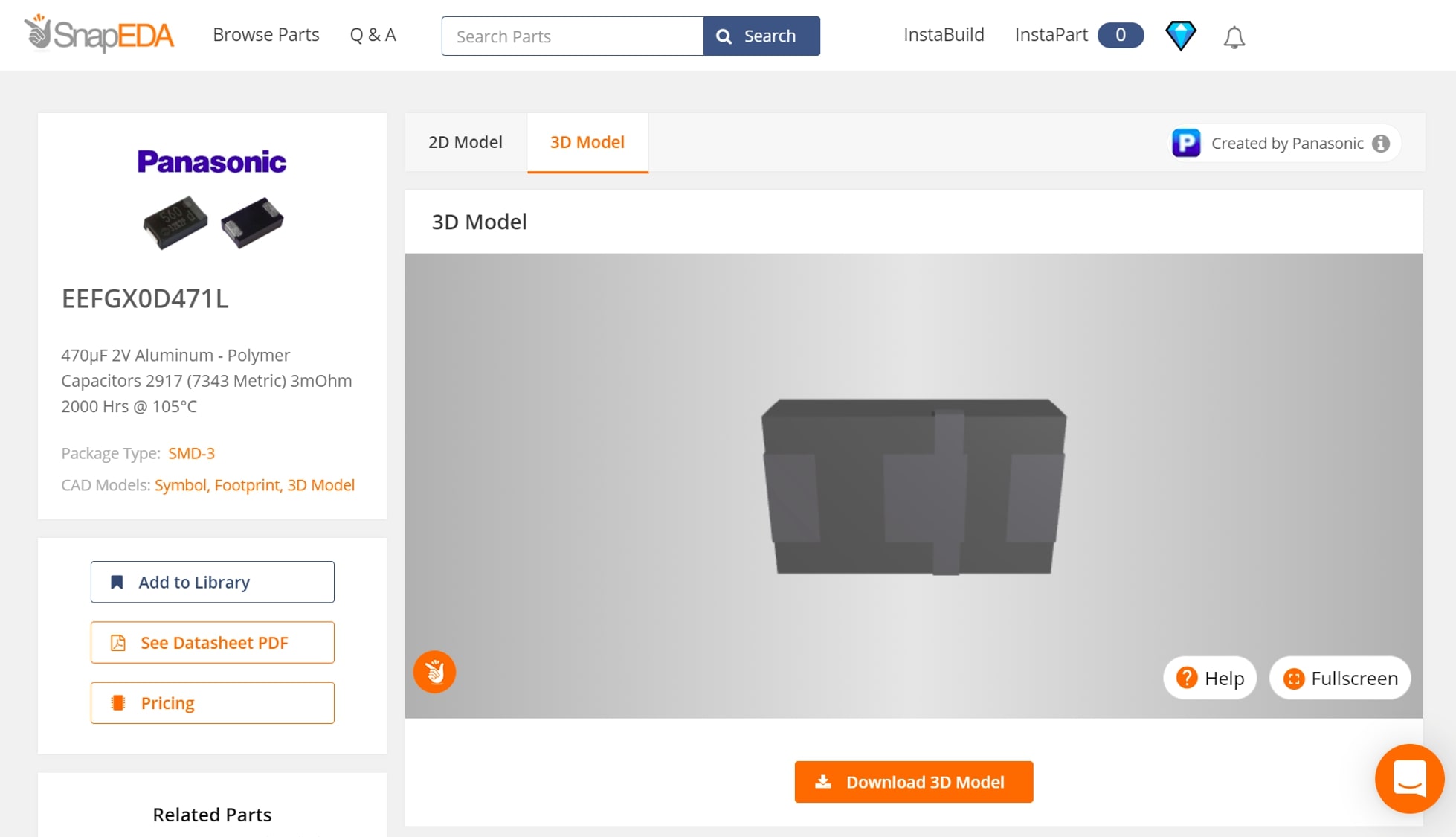 One of the new CAD models by Panasonic. Image used courtesy of SnapEDA.

“Our new collaboration brings thousands of new high-quality CAD models to engineers, streamlining their design process and enabling them to move to scale faster and more reliably with Panasonic components,” she added.

All the Panasonic models added to SnapEDA are based on IPC-7351B, IEEE-315, and compliant with SnapEDA standards.

What do you think about SnapEDA and the new Panasonic CAD models? Let us know in the comment section below.