Based in Basel, Switzerland, Innolith has its principal Research & Development Center in Bruchsal, Germany, where 60 chemists, engineers and technicians have perfected the new battery platform. The company has acquired IP formerly developed and owned by now-bankrupt Alevo.

The Innolith batteries use an unconventional inorganic electrolyte that delivers far greater durability, but also ensures a safer battery that is fundamentally non-flammable. This is in contrast to organic Li-ion batteries that have limited usable lives and have caused multiple fires in consumer devices and grid applications.

Based in Basel, Switzerland, Innolith has its principal Research & Development Centre in Bruchsal, Germany, where 60 chemists, engineers and technicians have perfected the new battery platform.

Innolith has created an entirely new rechargeable battery technology platform based on inorganic electrolyte. Innolith has built batteries which have been tested over 50,000 cycles at half-hour charge / half-hour discharge with 0 to 100% depth of discharge.

The inorganic electrolyte also means that the batteries are non-combustible and therefore much safer than the highly flammable organic Li-ion batteries in widespread use today. 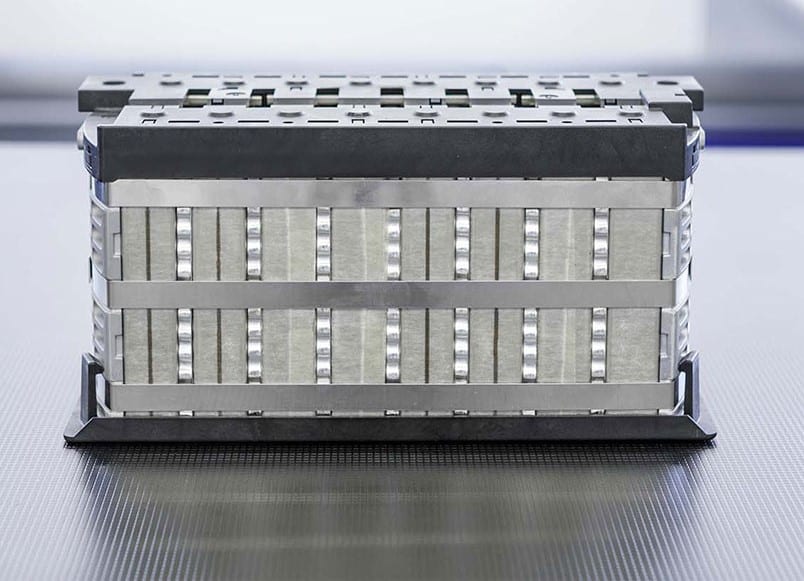 The Innolith technology is already proven through the deployment of a prototype on the US grid, where the Innolith batteries deliver high power and offer a very long lifetime of over 50,000 cycles. This means that the batteries provide a fraction of the cost-per-cycle compared to conventional Li-ion grid batteries while delivering the high power, high cycle grid-regulation services.

"The world has adapted lithium-ion battery technology, which was originally developed for consumer electronic devices, for large grid-scale battery applications. But today's Li-ion batteries are limited in how many recharge cycles they can achieve and have an inherent risk of fire or explosion," explains Alan Greenshields, Board Chairman of Innolith AG.

"What the world needs is a safe battery that can operate over tens of thousands of cycles and still deliver the power needed. Innolith has created such a battery, which has been tested by third party labs and proven commercially in a demanding application," Greenshields continued.

Production of Innolith batteries is expected to commence with production line tests in 2019 and volume production in 2020. Manufacturing and production line automation will be undertaken by specialist partners selected by Innolith.

Greenshields noted, "Battery manufacture is a mature industry and so cell assembly should be carried out by manufacturing experts who can bring their skills and experience to bear to deliver high quality and low costs. Innolith will work with industry leaders to achieve this while focusing its core R&D, product design and specialty chemical skills."

"The demand for a high power, high durability and safe battery is not in doubt," states Sergey Buchin, CEO of Innolith AG. "Our task is to take the technology into large-scale production and we are at an advanced stage in achieving this. We are on track to procure mass production of Innolith's high power battery by 2020. Beyond this, our team of scientists is working on new generations of inorganic batteries that promise to deliver substantial gains in performance."

Innolith will market its batteries through special system integrators and distribution partners. The company will also work with governments and non-governmental organizations for the installation of Innolith batteries as a safe and long-term means of improving fuel efficiency of conventional generation and integrating renewable energy in developing economies.