Power transistors made of gallium oxide could enable automakers to boost energy output while keeping vehicles lightweight and streamlined in design. And gallium-oxide FETs could find application in large-scale renewable installations, trains, aircraft, ships and other high-power systems.

Researchers around the world are working on gallium-oxide technology. Most-recently, there have been reports of progress from the University of Buffalo and from a team consisting of scientists from the U.S. Air Force Research Laboratory and Japan’s National Institute of Information and Communications Technology.

Above is an optical microscope image of an array of the transistor. The three dark arrows are the needle probes contacting the terminals of the transistor for electrical measurement. (Credit: Ke Zeng, University at Buffalo.)

The most-recent advancement — reported in the September issue of the journal IEEE Electron Device Letters — illustrates how this evolving technology could play a key role improving electric vehicles, solar power and other forms of renewable energy.

The most widely used semiconducting material is silicon. For years, scientists have relied upon it to manipulate greater amounts of power in electronic devices. But scientists are running out of ways to maximize silicon as semiconductor, which is why they’re exploring other materials such as silicon carbide, gallium nitride and gallium oxide.

Bandgap measures how much energy is required to jolt an electron into a conducting state. Systems made with high-bandgap material can be thinner, lighter and handle more power than systems consisting of materials with lower bandgaps. Also, high bandgap makes it possible to operate these systems at higher temperatures, reducing the need for bulky cooling systems.

Singisetti and his students (Ke Zeng and Abhishek Vaidya) fabricated a metal-oxide-semiconductor field-effect transistor (MOSFET) made of gallium oxide that’s 5 micrometers wide. A sheet of paper is about 100 micrometers wide.

Because of the transistor’s relatively large size, it’s not ideal for smartphones and other small gadgets, Singisetti says. But it could be useful for regulating energy flow in large-scale operations such as power plants that harvest solar and wind energy, as well as electric vehicles including cars, trains and aircraft.

“We’ve been boosting the power-handling capabilities of transistors by adding more silicon. Unfortunately, that adds more weight, which decreases the efficiency of these devices,” Singisetti says. “Gallium oxide may allow us to reach, and eventually exceed, silicon-based devices while using less materials. That could lead to lighter and more fuel-efficient electric vehicles.”

For that to happen, however, a few challenges must be addressed, he says. In particular, gallium oxide-based systems must be designed in ways to overcome the materials’ low thermal conductivity.

The research was supported by the National Science Foundation, the State University of New York’s Materials and Advanced Manufacturing Network of Excellence, and the University at Buffalo Institute for Research and Education in eNergy, Environment and Water (RENEW).

“One of the largest shortcomings in the world of microelectronics is always good use of power: Designers are always looking to reduce excess power consumption and unnecessary heat generation,” said Gregg Jessen, principal electronics engineer at the Air Force Research Laboratory. “Usually, you would do this by scaling the devices. But the technologies in use today are already scaled close to their limits for the operating voltage desired in many applications. They are limited by their critical electric field strength.” 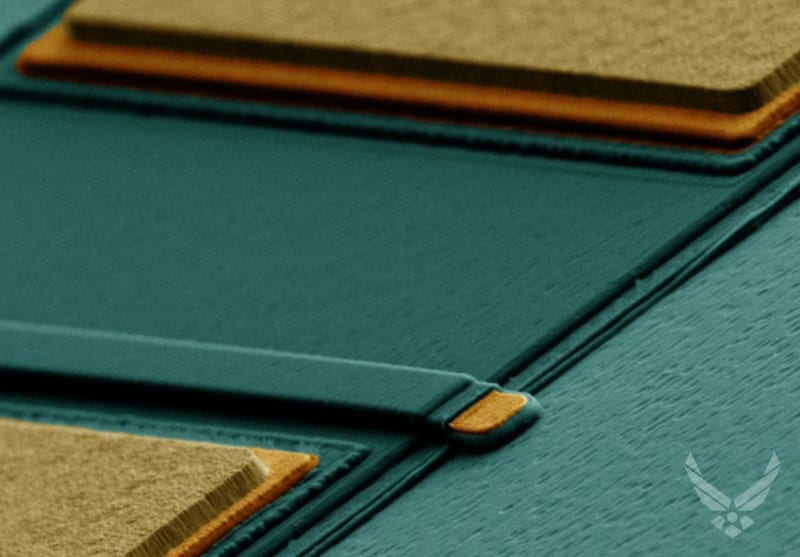 Transparent conductive oxides are a key emerging material in semiconductor technology, offering the unlikely combination of conductivity and transparency over the visual spectrum. One conductive oxide in particular has unique properties that allow it to function well in power switching: Ga2O3, or gallium oxide, a material with an incredibly large bandgap.

In their article, “The dawn of gallium oxide microelectronics,” published last week in Applied Physics Letters, from AIP Publishing, authors Masataka Higashiwaki, with Japan's National Institute of Information and Communications Technology, and Jessen outline a case for producing microelectronics using gallium oxide. The authors focus on field effect transistors (FETs), devices that could greatly benefit from gallium oxide’s large critical electric field strength. a quality which Jessen said could enable the design of FETs with smaller geometries and aggressive doping profiles that would destroy any other FET material.

The material’s flexibility for various applications is due to its broad range of possible conductivities -- from highly conductive to very insulating -- and high-breakdown-voltage capabilities due to its electric field strength. Consequently, gallium oxide can be scaled to an extreme degree. Large-area gallium oxide wafers can also be grown from the melt, lowering manufacturing costs.

“The next application for gallium oxide will be unipolar FETs for power supplies,” Jessen said. “Critical field strength is the key metric here, and it results in superior energy density capabilities. The critical field strength of gallium oxide is more than 20 times that of silicon and more than twice that of silicon carbide and gallium nitride.”

The authors discuss manufacturing methods for Ga2O3 wafers, the ability to control electron density, and the challenges with hole transport. Their research suggests that unipolar Ga2O3 devices will dominate. Their paper also details Ga2O3 applications in different types of FETs and how the material can be of service in high-voltage, high-power and power-switching applications.

“From a research perspective, gallium oxide is really exciting,” Jessen said. “We are just beginning to understand the full potential of these devices for several applications, and it’s a great time to be involved in the field.”