Technology company Continental, and Chinese automotive supplier and battery manufacturer Sichuan Chengfei Integration Technology Co., Ltd. (CITC) will, through their respective subsidiaries, establish a joint venture for the development and production of 48-Volt battery systems for the automotive industry. The partners signed the contract confirming the joint venture on March 7, 2018 in Shanghai.

The joint venture, in which Continental holds 60 percent and CITC 40 percent of the shares, will operate globally and supply customers in Europe and North America, as well as China and other Asian markets. The planned location of the company’s headquarters is Changzhou, near Shanghai, with operations expected to begin mid-2018. The aim is to establish the joint venture as one of the leading 48-Volt battery system manufacturers on the global market.

“Entering the 48-Volt battery systems business is a strategically important step for Continental, and one that will further strengthen our position as a system provider on the fast-growing mild hybrid market,” said Continental CEO Dr. Elmar Degenhart, as the joint venture was announced.

“In CITC we have found a partner whose subsidiary CALB provides the ideal conditions for this joint venture. CITC allows us access to the extremely significant Chinese market. It also has the potential to impose itself on the international competition and to become a global provider in the production of battery cells,” explained Degenhart.

“Cooperating with Continental in the 48-Volt battery systems business is a significant step for CITC’s strategy, which will enhance its position for high-power lithium ion batteries’ global market expansion,” said Mr. Xiaoqing Shi, Board Chairman and General Manager of CITC, “Continental and CITC are engaging in providing energy-saving and carbon emission reduction battery system solutions to meet the demand of global consumers in energy-efficient vehicles.”

Continental’s “people’s hybrid” enables a significant reduction in CO2 and other harmful emissions in both diesel and gasoline engines at a relatively low cost. The joint venture partners anticipate that as early as 2025, around 14 percent of all new vehicles worldwide will feature this mild hybrid system.

The new joint venture will develop and produce a battery platform for all conventional 48-Volt topologies (P0, P2, Px) up to 25kW. The battery cells will be provided by CALB, while Continental’s contribution comes in the form of the battery management system including the basic software.

The joint venture will integrate the components in the battery systems, carry out customer-specific development work and integrate the systems in vehicles.

The joint venture will also assist automotive manufacturers who purchase only individual components of the 48-Volt system, such as the battery cells or the battery management system.

Continental’s 48-Volt system offers functions that were previously only available in the more expensive high-voltage hybrid systems. These include coasting (switching off the combustion engine while the vehicle is in motion), a very fast, user-friendly engine start and effective recuperation (recovery of braking energy). 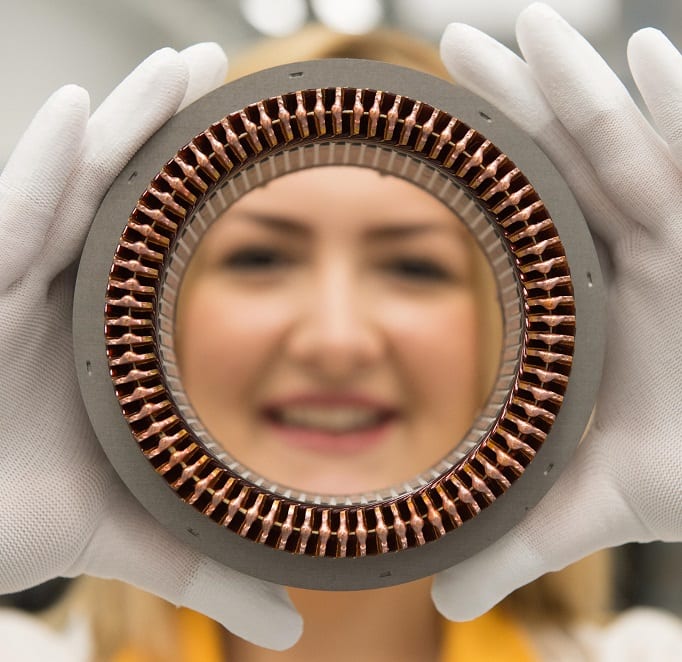 Continental’s 48-Volt system enables a reduction in average consumption and CO2 emissions in real driving situations by up to 21 percent in gasoline engines and by up to 9 percent in diesels. In diesel engines, nitrogen oxide (NOx) emissions can also be significantly reduced.

The Continental system first entered production in 2017 in models from Renault and Audi. Further market launches for diesel and gasoline engines are planned in Europe, China and North America.