This week’s recap showcases products from Murata, Nexperia, and ABB.

Although COVID-19 has interrupted the regular schedule of spring conferences and product showcases, power companies are still rolling out their products as usual and showcasing what new technologies will be taking over the power market.

This week’s product roundup includes a new converter, capacitors, and uninterruptible power supplies from an array of companies.

Vicor Corporation is a Massachusetts-based company specializing in the design, manufacturing, and distribution of modular power components and complete power systems.

The company has recently announced the DCM5614, an isolated, regulated 270V-to-28V DC-DC converter. 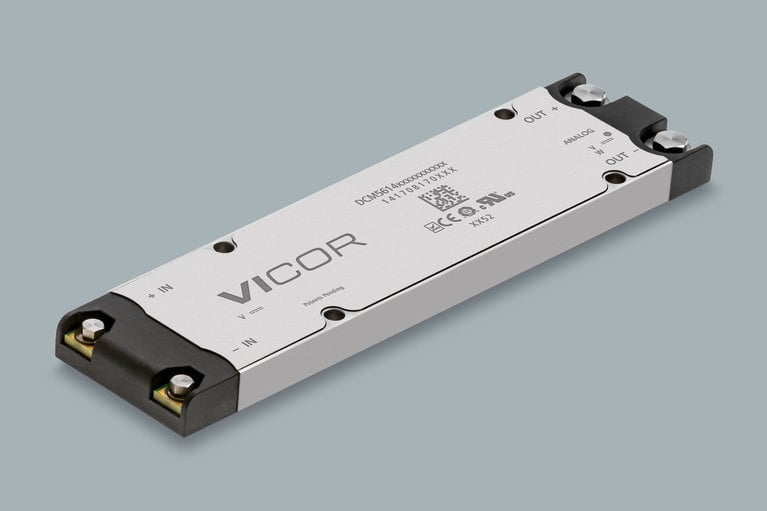 The components feature an output power rating of 1300W in a VIA package size of 5.6 x 1.4 x 0.3in. They also provide a high power density of 451W/in3 at a weight of just 178g, making them ideal for uses where power density, efficiency, and weight are critical.

Vicor developed the DCM5614 particularly for advanced airborne, shipboard, and UAV systems, according to a press release. 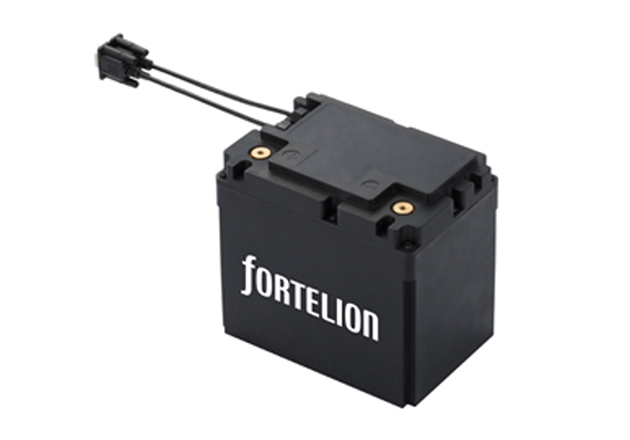 The FORTELION 24V is compatible with several service robots, AGVs, and electric forklifts.

For maximum durability, this dustproof and waterproof battery has an IP54 protection rating.

It is also UL2271-certified, meaning it meets the safety requirement for batteries for light electric vehicles.

According to Murata, mass production of the component by the end of the month.

Mobile applications are at the forefront of developments in electronics, and MOSFETs are a key part of this growth. 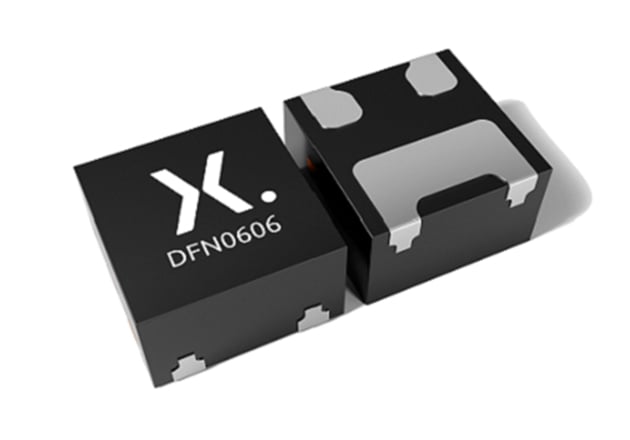 The new, ultra-small DFN0606 package by Nexperia offers an extremely low RDS(on) and employs a pitch of 0.35 mm to simplify PCB assembly processes.

According to Nexperia, the new package would excel in ESD performance, and with a VGS low voltage threshold down to 0.7 V, it would be ideal for portable applications with low drive voltage.

Because they were created with mobile and wearable applications in mind, the new components also have a remarkably small footprint of just 0.62 x 0.62 mm. This represents a reduction of over 36% when compared to previous-generation DFN1006 parts.

The DFN0606 MOSFETs are already available in nine separate packages, and you can find them here.

Both the automotive and industrial machinery fields are increasingly in need of high-temperature-resistant capacitors.

Designed to answer this need, the new GYD Series Capacitors by NICHICON are built of conductive polymer hybrid aluminum electrolytic capacitors with a rated operating temperature of 150°C.

According to NICHICON, the new components would have the longest guaranteed life in the industry for capacitors sized φ8×10L and φ10×10L at 1,000 hours.

The capacitors are also a step toward further component miniaturization since it allows up to 15 times the ripple current compared to the UBC series using aluminum electrolytic capacitors.

With 1,800mArms (at 150°C/100kHz), the GYD Series would have one of the highest ripple current figures for capacitors with a guaranteed rating of 150°C.

Designed with data center continuity in mind, ABB's new MegaFlex solution comes in two versions featuring power ranges of up to 1.5 and 1.6 MW. 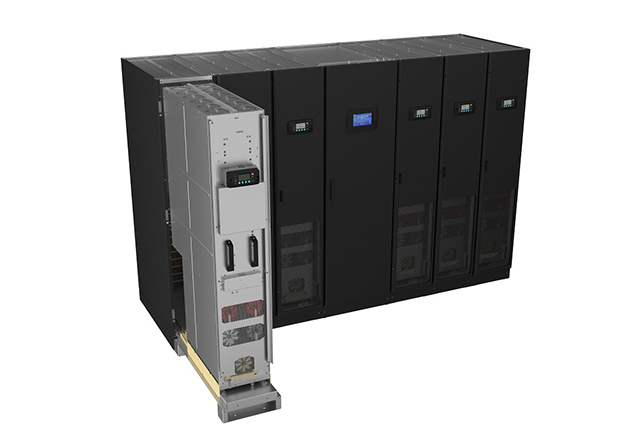 The new uninterruptible power supplies feature high-efficiency converters of up to 97.4% and an up to 45% smaller footprint compared to competitor models of equal power rating.

For maximum versatility, the new solutions are compatible with both lithium-ion and valve-regulated lead-acid batteries for external storage. They also have an optional redundant power capacity of 1,000 kW N+1 and 1250 kW N+1.

To facilitate operability, the MegaFlex DPA is also designed to work together with ABB’s power infrastructure products. Because of this, the components’ graphical system display allows the operators to display measurements, events, and alarms.

What innovative and interesting power products are you seeing on the market right now? Share your thoughts in the comments below.