These chips enable the operating regions required for the next generations of development in energy harvesting, Internet of Things (IoT) sensors applications.

Allowing circuits to operate in the subthreshold region for the first time ever, expands the MOSFET's operating range into never-before achieved signal levels. 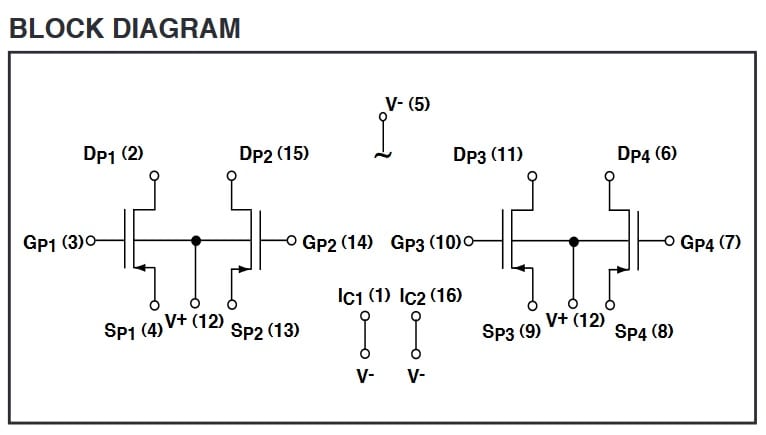 "These devices operate at a point with 100 times lower power than comparable MOSFET arrays. More importantly they enable the next generation of applications at power levels and precision that were impossible until now," said Robert Chao, President, and Founder, Advanced Linear Devices Inc. "These arrays offer circuit designers working on IoT nodes that require matched sensor activity a method to collect power from supercapacitors or deep cycle batteries."

As an example, some potential energy harvesting sources, such as thermal electric generators that yield just 0.2V, produce such low levels of energy that they are barely useful for driving power in electronic circuitry. The ALD P-Channel Zero-Threshold (VGS(th)=0.00) EPAD MOSFET arrays can be coupled with a low voltage step-up converter to give low-level power sources a greater range as an energy harvesting source.

This device is available in a quad version and is a member of the EPAD® Matched Pair MOSFET Family. The parts can be ordered directly from ALD or DigiKey and Mouser. Prices start at $2.00 at 100 pieces.