The IDCH, IDDE and IDEV series of power amplifiers (PAs) from STMicroelectronics (ST) will serve a wide range of applications including avionics, ISM, and MRI systems 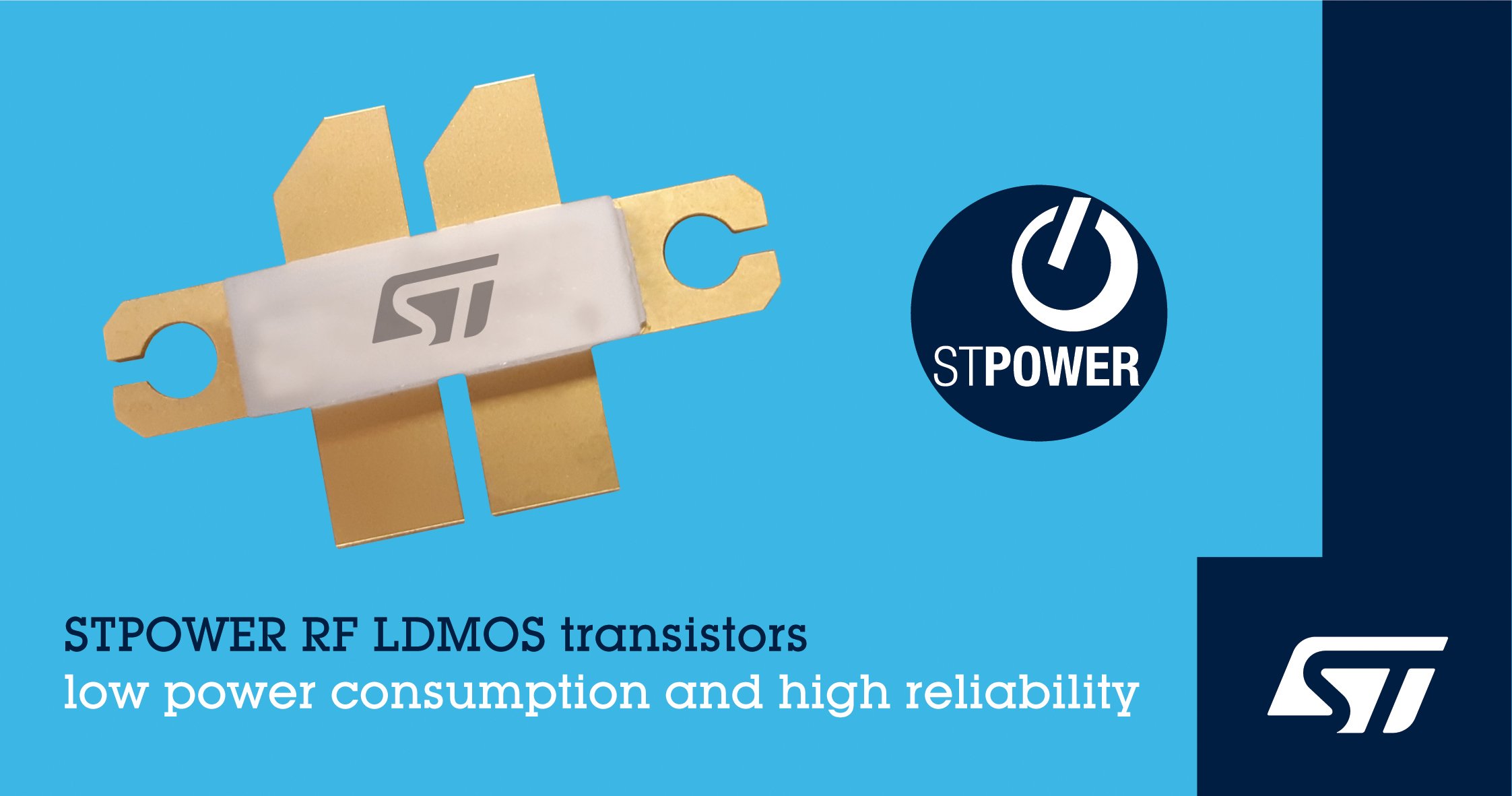 DCH series devices will provide from 8 to 300 watts of output power at frequencies of up to 4 GHz, specifically targeting 2.45GHz industrial, scientific, and medical (ISM) applications. They will also serve use cases within wireless infrastructure, radar, avionics, and satellite communications. In addition, they will find applications in S-band radar, SATCOM, and cellular infrastructure. These devices will support all types of modulation formats.

As described in an ST flier, there are 13 member devices in the IDCH series. They feature top frequencies ranging from 1.3 GHz to 4.2 GHz and use supply voltages of either 28 or 32 VDC. Specified efficiencies range from 40% to 65%

The IDDE series consists of 10 to 700W devices capable at operating at frequencies of up 1.5 GHz. They are aimed at broadband commercial, industrial, and scientific applications. They will also find applications in mobile RF communications, airband, and VHF electronics. These units can tolerate a voltage standing wave ratio (VSWR) of 10:1 through all phases.

The devices are suited for most classes of RF PA operations, including Class A, Class AB, and Class C, as well as for the typical modulation formats. The high efficiency of this series minimizes the energy needed to deliver a specified output power. With less wasted power manifesting itself as unwanted heat, the magnitude of thermal management measures are reduced, which also makes for more compact systems.

As described in another ST flier, they operate with supply voltages ranging from 28 to 40 VDC and feature efficiencies ranging from 55% to 70%. Top frequencies start at 500 MHz and progress up to 1.5 GHz

The IDEV series are 50-volt units featuring power output capabilities ranging from 15 watts up to as high as 2.2 kilowatts at frequencies up to 250MHz.

These units are targeted at powering ISM applications including plasma generation, MRI systems, CO2 lasers, and FM transmitters. Radar and avionics applications of up to 1.5 GHz are also possible. Like the IDDE series, the IDEV transistors are also suited for the typical PA operation in Class A, Class AB, and Class C modulation formats.

Members of this rugged series can deliver up to 2.2kW continuous-wave (CW) output power at frequencies up to 250MHz. They are available in a single ceramic package, and feature efficiencies of up to 82%, and are described in greater detail in a separate ST flier.