The two versions of the L99VR01 from STMicroelectronics (ST) operate from voltage inputs ranging from 2.15 to 28 volts. The current output is up to 200 mA, and when the LDO is disabled, it draws as little as 1 µA. 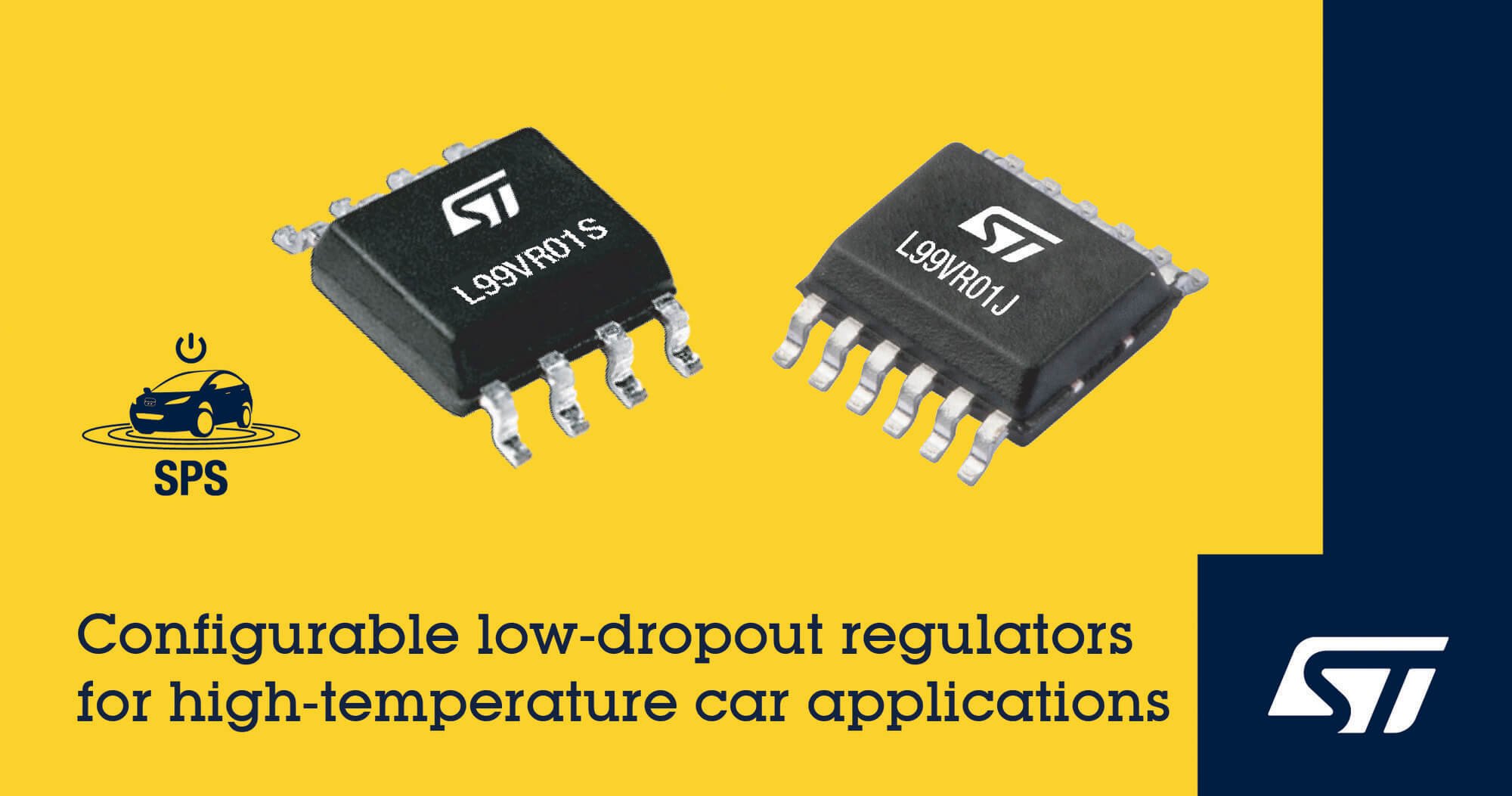 Rather than the inaccurate voltage divider methodology generally employed by LDOs, the L99VR01’s output is chosen via three selection pins. Accuracy is kept to within ±2% over the temperature range over line and load variation.

By including output over-voltage monitoring, the LDOs provide constant load protection. This critical diagnostic feature makes it easier for designers to build in those functional-safety-related applications needed to satisfy ISO 26262 ASIL requirements.

Comparisons between the two versions of the L99VR01

The two versions of the LV99VR01 are the L99VR01S and the L99VR01J. Both LDOs feature enables and resets pins. Safety features include fast output discharge, under-voltage lockout (UVLO), thermal shutdown, over-voltage monitoring, and short-circuit protection.

The L99VR01J offers additional features. It provides for programming the short-circuit current limit. It also offers output-overvoltage and thermal warning status indications. Additionally, it includes a programmable watchdog. This facility will check for the correct operation of the unit’s host MCU. 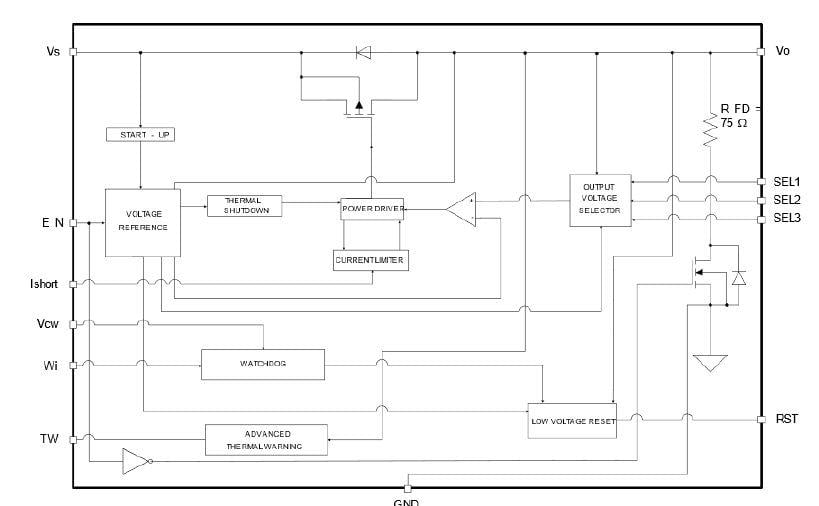 The block diagram for the L00VR01S will be somewhat different. The ISHORT pin found on the L99VR0IJ is used to program the short circuit current output, this feature and this pin are not part of the L99VR01S. The watchdog, controlling low voltage reset, is also missing from the L99VR01S, as are the pins VCW and WI, which are its inputs. Finally, the L99VR01S doesn’t include the advanced thermal warning feature, so its input pin, TW is also not needed.

Above its operating range of 2.15 to 28 volts, the devices can tolerate a single 400ms “transient load dump” of 40 volts.

As is usually the case in complex electronic devices, the electrical specifications are highly conditional. A careful study of the datasheet is necessary to evaluate the many interrelationships and their design ramifications.

The LDOs will find use powering automotive: