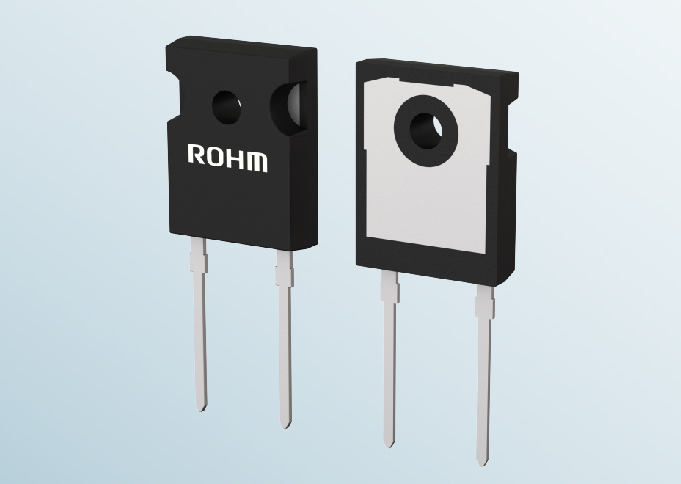 According to ROHM, RFL units represent respective improvements in VF and trr of 3.2% and 8.3% over the company's present RFN series. Similarly, the company touts its RFS series as marking a full 17.9% improvement in VF compared to its conventional RFUH series.

We have introduced the terms Forward Voltage (VF) and Reverse Recovery Time (trr), so before we delve deeper into the specifications defining ROHM’s new offerings, let’s zero in on what these two ubiquitous terms mean:

A diode’s purpose is to allow current to flow in the forward direction and to block current in the reverse direction. But even in forward direction, there is a voltage drop across the diode, referred to as VF.

Because voltage multiplied by current equals power, this voltage drop will be the cause of wasted power and unwanted parasitic heat generation. For this reason, engineers will select a diode with the lowest possible VF, consistent with other design constraints.

Reverse recovery time (trr) is the time it takes the diode to completely shut down from the ON state to OFF. 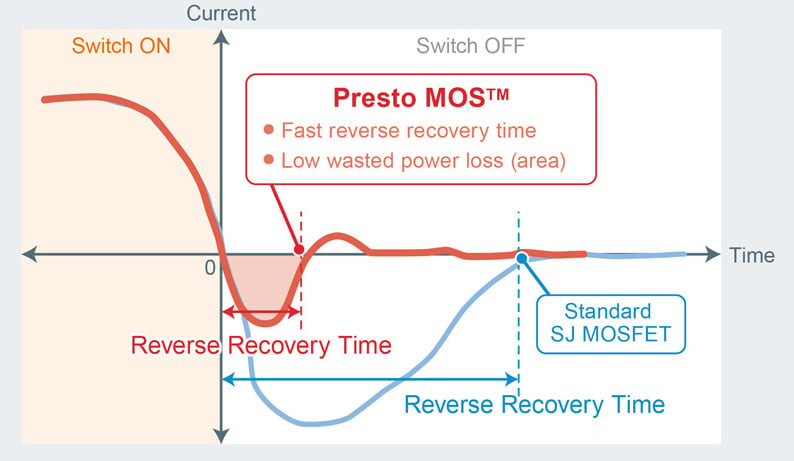 The red area in the chart above illustrates power loss incurred over the reverse recovery time, in this case that of a ROHM super junction MOSFET equipped with the company’s PrestoMOS technology.

To minimize power loss, as can be seen here, designers will select a component with the lowest trr possible, while keeping in mind other important considerations such as forward voltage.

Unfortunately, low forward voltage and low reverse recovery times are difficult to achieve simultaneously in the same semiconductor. As illustrated in the image below, the new RFL series emphasizes reduced trr, while still offering improvement in VF. 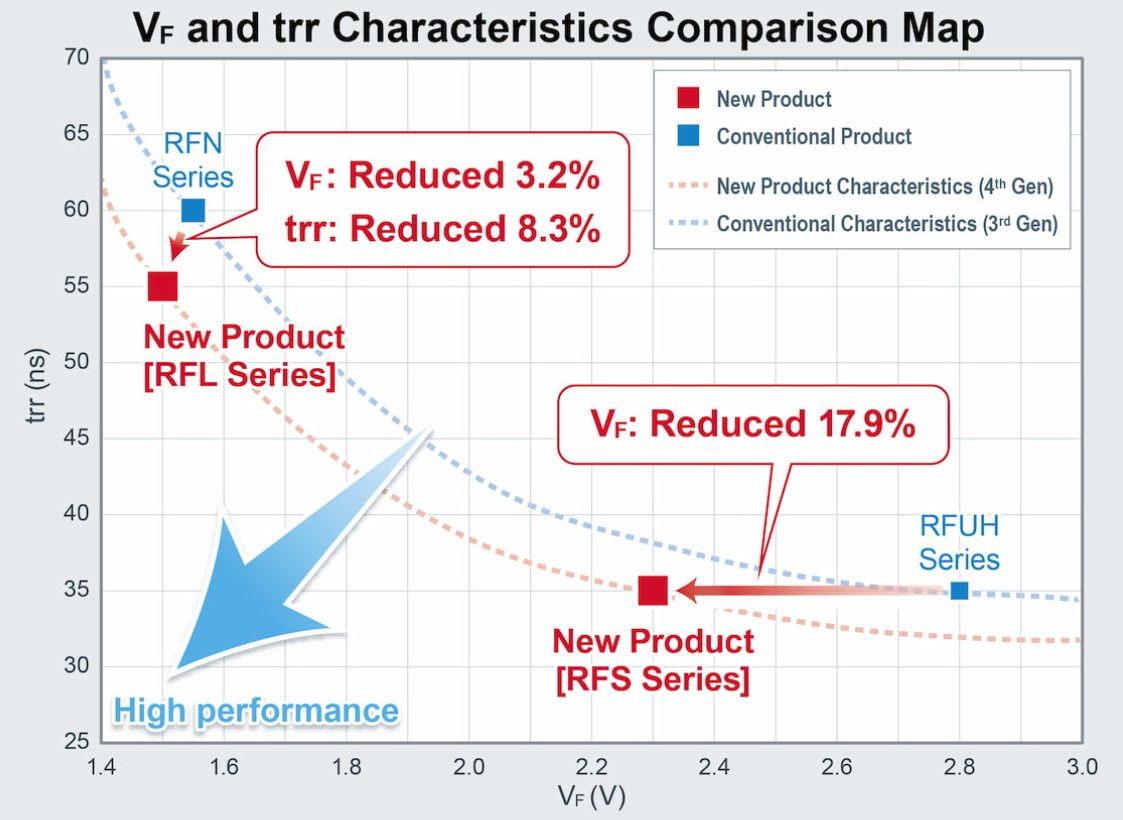 The image also highlights the RFS series’ more significant VF minimization. The choice between series depends on which factor is most important to a specific design case.

The RFL series consists of two members, with each featuring a maximum forward voltage drop of 1.5 V. The 30 A and 60 A units have reverse recovery times of 55 and 75 nanoseconds, respectively.

The RFS series also consists of two members, with both featuring maximum forward voltage of 2.3 V. The 30 and 60 A versions of this series offer trrs of 35 and 55 nanoseconds, respectively.

ROHM also touts both series of diodes as offering “ultra-low noise characteristics.” This is an important attribute, as it indicates that less circuitry will be required for noise mitigation.

Members of both series can operate at junction temperatures of up to 175 ℃.