The new gallium nitride (GaN) device provides a safety margin of 3 V, as compared to the 1 V margin offered by standard devices of 200 V or less.

Introduced at the Applied Power Electronics Conference 2022 (APEC 2022) last week, the GNE1040TB is the first member of ROHM’s GNE10xxTB series. Part of ROHM’s new EcoGaN family, the series will sport at least two additional members, each of which, like the GNE1040TB, will tolerate an 8 V gate source (g-s) voltage.

MOSFETs are driven by 5 V signals, and standard devices are subject to degradation or destruction with signals as low as 6 V. And such overshoots are not uncommon, especially in electrically noisy industrial environments. See the illustration below: 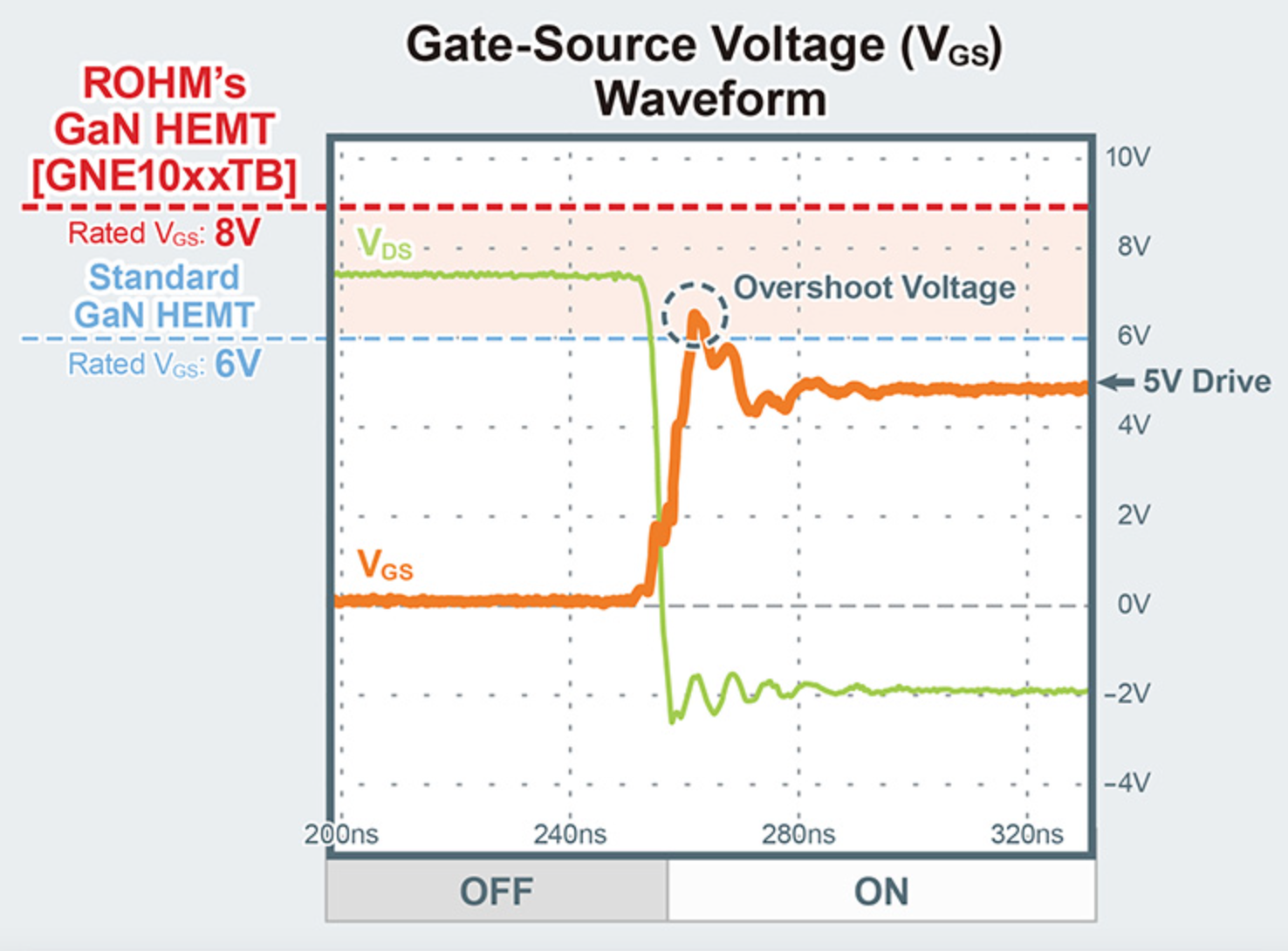 That slight overshoot, barely above 6 V, would be enough to damage or destroy a standard GaN HEMT. But with their 8 V withstand gate voltage, GNE10xxTB series members would be unscathed.

The demand for server systems to support the world’s growing number of IoT devices is ever-increasing. This, in turn, has led to demands for improved power conversion efficiency and for system size reductions. GaN devices are at the forefront of this ongoing quest, thanks to their faster switching speeds and lower RDS(ON)s compared to last-generation silicon (Si) devices.

In Japan, where ROHM is based, the government is targeting 30% energy savings for new data centers by 2030, and the company’s new EcoGaN devices are part of its response. The family’s low RDS(ON)s reduce I2R losses, while its high switching speeds lead to smaller filtering components for significant savings in size and weight. 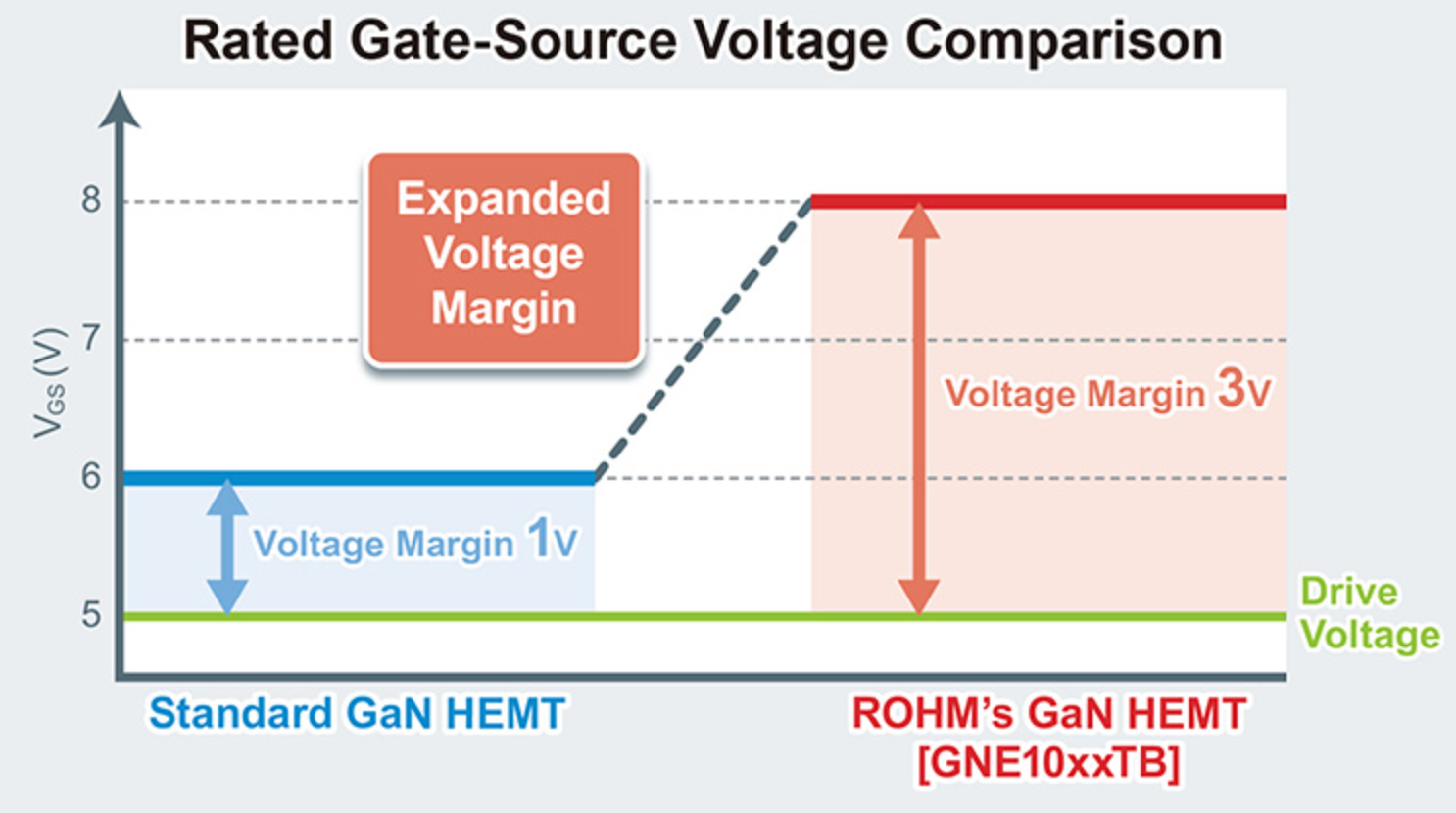 That means extra components, imposing additional requirements for weight and space. With EcoGaN, this is avoided.

With their increased rated gate-source voltage and low-inductance packages, members of ROHM’s GNE10xxTB series achieve an efficiency of 96.5% or more in the high 1-MHz frequency band.

All members of the series sport VDSs and VGSs of 150 and 8 V, respectively. The table below notes a few additional specifications:

The units operate at junction temperatures as high as 150 ℃.