A congenial atmosphere for personal interactions, a sense of community, and increased industry participation – all objectives of Liuchen Chang’s extensive

A congenial atmosphere for personal interactions, a sense of community, and increased industry participation – all objectives of Liuchen Chang’s extensive conference committee, and all well met.

About 1,000 attendees from 37 countries attended the opening reception in the picturesque atrium of the Intercontinental Hotel and the conversations began, amidst delightful musical and vocal entertainment. With the participation of members of the IAS and PELS societies supporting the function, about 1,500 engineers were in Montreal for ECCE 2015.

The conference attendance was an increase of 10%, and a record number, as were the number of accepted papers, 988, organized into 148 Oral and 3 Poster sessions (all had been juried by an immense group of over 1300 IEEE reviewers).

Industry participation, in addition to their contributions to many of the technical papers, was best represented in the Exhibition Hall, also expanded from previous years. It began with an evening reception (funded by OpalRT), where over 50 exhibit booths attracted the attention of engineers, as well as by the first of three Poster Sessions held adjacent to the exhibit space. The exhibition continued all the next day, through lunch and refreshment breaks, with a good deal of mixing.  A unique feature was a small area for Student teams to demonstrate their hardware, all quite advanced as might be expected.

Outside the exhibition hall where people sought a quiet space to chat, a delightful acclaimed harpist lightened the mood, while portrait art from Suraj Sadan graced the halls.

Well, amidst all this, what were the dominant themes? There were two, both well known to Energy Conversion specialists: the power switch evolution into Wide Bandgap devices, and secondly, the evolution of power generation via renewable energy sources, distributed but networked into a smarter grid.

These topics were reflected in the four Plenary speeches:  Dr. Don Tan of Northrup Grumman described an integrated network of a spacecraft power system; Dr. John Palmour of Wolfspeed (nèe Cree) reviewed his company’s technologies in Silicon Carbide, and Dr. Gaetan Lantagne of Hydro Quebec describing the immensity of the Hydro Quebec power network and the impact of simulation tools - saving a GigaWatthour here, a GigaWatthour there, etc., but a daunting prospect for electronic systems. And David Durocher described progress in the Industry Applications Society.

Of course everyone was vying to understand the relative positions of Silicon Carbide and Gallium Nitride development, at the moment, that is. In a Town Hall format, six experts presented their views. John Palmour of Wolfspeed described the maturing of Silicon Carbide switches, development of Gen III designs, and programs from 900V to 27 kV; John Roberts of GaN Systems covered the technology behind an impressive 100 A, 650 Volt product that has reached commercial status; General Electric emphasized their return to the electronic hardware field with SiC 450 A, 1700 V Power Blocks and 1 MW inverter system; and Infineon described their current programs in GaN products, following their acquisition of IR. 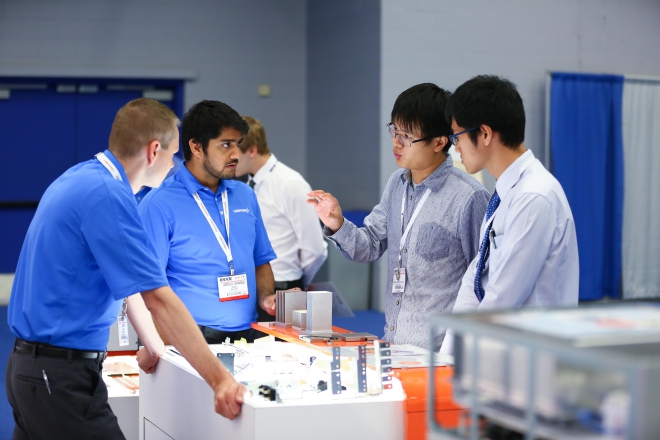 Was there a consensus?  Well, let me try some: the uneasy demilitarized zone between GaN and SiC has shrunk to between 700 and 900 Volts; first level packaging, as in Modules, is poorly supported with current industry packages, so new “non-standard” developments with less inductance and higher temperature materials can be expected; the debate as to how much of the switch Figure of Merit ends up in actual circuit performance is continuing and will depend on circuit techniques; no question that commercial usage of WBG has begun with a big impact on system performance, and Universities are having a ball with this stuff.

A very lively banquet was enjoyed by 1200 diners, with interesting participatory music throughout, and a delicious menu that embraced universal dietary preferences. Yes, Engineers can relax! 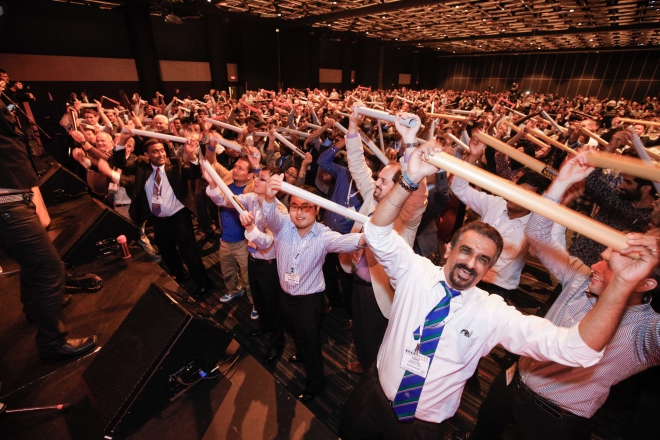 And here is David Durocher cutting a big cake to celebrate IAS’s fiftieth birthday, with IAS and PELS committee executives looking on. 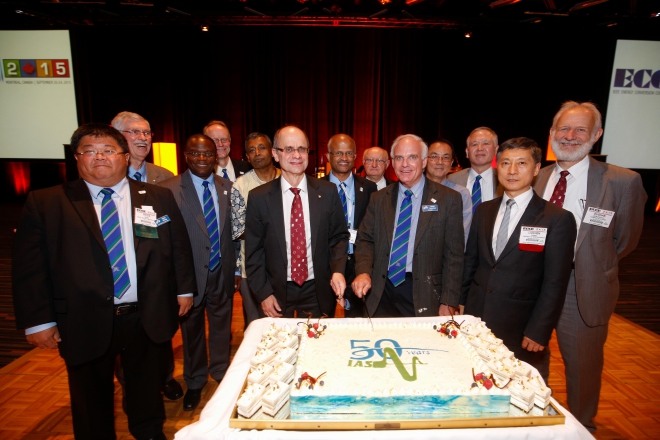 We were reminded of several ECCE’s in 2016: in Hefei, China, IPEMC/ECCE-Asia in May; ECCE 2016 in Milwaukee, USA, in September; and EPE 2016/ECCE-Europe in Karlsruhe, Germany, in September.

We all owe a debt to Lauren Deaton and Courtesy Associates for their great logistical management of ECCE 2015.