This article highlights the features of TDK's CeraPad specifically on its integral ESD protection and its superiority to conventional LEDs.

The printed circuit board has long since become more than just a carrier material and redistribution layer for components. A growing number of functions are now being embedded directly into the circuit board. With CeraPad™, TDK has now succeeded in developing an ultra-thin ceramic substrate with integral ESD protection, specifically for LEDs.

LEDs are the state-of-the-art in lighting systems both inside and outside buildings. In addition, LEDs are now commonplace in smartphones for flashlight and camera flash functions. Car headlights and other lighting systems for all kinds of vehicles are likewise based on this lighting technology. Despite their great advantage such as high energy efficiency and longevity, LEDs have one serious drawback: like all semiconductors, they are very sensitive to electrostatic discharges (ESD). For this reason, corresponding discrete protective components are necessary for existing solutions, depending on the series and parallel connection of the individual LEDs. Suitable devices for this purpose are TVS diodes or – significantly better – compact and attractively priced multilayer varistors from the EPCOS CeraDiode® series. These SMD components exhibit no temperature-dependent derating and enable the use of a soldering process for mounting rather than complex wire bonding on a PCB. Figure 1 shows a conventional solution for protecting LEDs against ESD.

Figure 1: In conventional LED lights, the ESD protective component – in this case a TVS diode – is positioned next to the LED on the substrate.

The discrete approach, however, has the crucial disadvantage of less efficient use of the printed circuit board surface by the actual light source. In addition, the protection component impedes the optimum radiation of the light generated by the LED, thus diminishing the efficiency of the LED.

In order to solve this problem, TDK has taken a completely new approach with CeraPad, in which the company's long-term experience in the development of miniaturized multilayer ESD protection components and LTCC substrates have been very elegantly combined. CeraPad is an ultra-thin ceramic substrate with integrated ESD protection. This satisfies the demand for maximum miniaturization combined with the best possible ESD protection and thus enables the highest degree of ESD integration in sensitive applications. As such, it completely eliminates the need for additional discrete ESD components, enabling the mounting density of the LEDs to be massively increased, which also results in financial savings due to the more efficient use of the substrate surface. Finally, reliability is improved by the elimination of TVS diodes and bond wires, as well as the associated cost-intensive component placement and process steps. Figure 2 shows a cross-section through the new carrier material.

Figure 2: The multilayered structure of the embedded overvoltage protection component can be seen between the two vias.

This functional ceramic wafer is an ideal LED substrate with an ESD strength of up to 30 kV. This is more than three times higher than that of Zener diodes which only offer 8 kV. CeraPad also enables customized chip-scale packages (CSP) to be implemented for standard LED elements from CSP0707 to CSP1515 with a considerably higher packing density.

Furthermore, CeraPad offers a low coefficient of thermal expansion of 6 ppm/K, which is nearly identical to that of silicon-based LEDs. As a result, there is no critical mechanical stress between the substrate and LED when the temperature changes. Moreover, the ceramic substrate features a high thermal conductivity of at least 22 W/mK that can be further increased by means of silver thermal vias. Another advantage is the high bending strength of 250 MPa for a substrate thickness of just 300 µm to 400 µm.

Depending on customer requirements, the CeraPad contact pads can be designed for both standard SAC (Sn/Ag/Cu, 260 °C) reflow processes and eutectic bonding (AuSn, 320 °C). Figure 3 shows the design of an LED unit implemented with CeraPad. 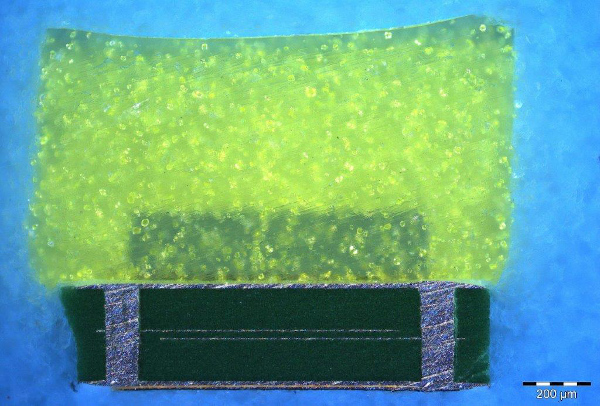 Figures 3a and 3b: With CeraPad, the ESD protection is embedded directly into the substrate below the LED. Thanks to chip-scale packaging this permits a considerably higher packing density compared to existing solutions.

CeraPad is not only suitable as a substrate for LED dies with integrated ESD protection, but – like a conventional printed circuit board – can also be used as a redistribution layer at the same time. As many as ten such redistribution layers can be implemented in this way without compromising the thermal performance. For comparison: Using conventional isolated metal substrate (IMS), only five redistribution layers can reasonably be implemented, and here the thermal conductivity decreases with each additional layer. On the CeraPad substrate, however, it is possible to place as many as 1000 tightly packed LEDs which are individually controllable according to customer requirements (Figure 4). 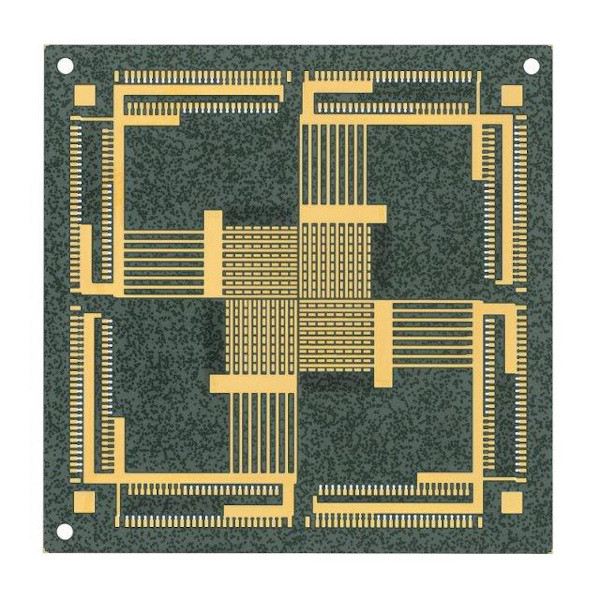 Figure 4: With this CeraPad design it was possible to realize a 16 x 16 LED array consisting of CSP0707 LEDs, in which every LED is individually controllable. On this basis, for example, adaptive car headlights can be designed with a customer-specific layout using as many as 1000 LEDs.

Using this technology, designers can create innovative, high-resolution lighting effects in the smallest of spaces, for example in multiple LED flashes in smartphones, automotive interior lighting systems, or in the adaptive headlights of cars.

CeraPad is an extension to TDK's CeraDiode portfolio, which includes powerful ceramic ESD protection components with innovative wafer technology, as well as modular solutions. With CeraPad, TDK now offers attractive customized packaging solutions that both meet the technological challenges of increasing sensitivity of ICs and continue to drive the miniaturization of LED modules. For customers, this opens up attractive possibilities for optimizing light design and further increasing the light yield of LEDs.

Dr. Dieter Vogel works as the Product Marketing Manager of TDK Electronics, an electronics company based in München, Bayer, Germany that develops, manufactures and markets electronic components and systems, focusing on fast-growing leading-edge technology markets, which include automotive electronics, industrial electronics and consumer electronics as well as information and communications technology. He is responsible for managing the products: chip varistors, SMD NTC and ceramic multilayer substrates. He earned his Diploma and Doctorate of Natural Sciences in Physics at the University of Regensburg, Regensburg, Germany.