Susumu has expanded the resistance range of the RG series by using a new high-impedance material, adjusting the pattern and more precise trimming. 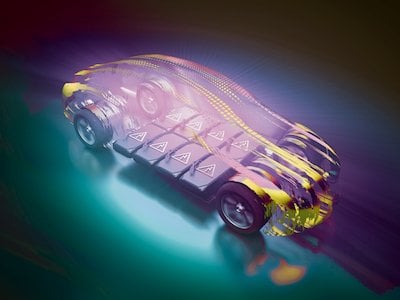 For applications in automotive electronics, medical technology or measuring and testing technology, high-precision, and reliable resistors are required. Thin-film chip resistors are particularly suitable for applications exposed to harsh environmental conditions due to their excellent electrical properties and high long-term thermal stability.

These resistors are composed of thin metallic layers, which are usually deposited by sputtering. The layer thicknesses range from ten to a few hundred nanometers. The electrical properties of thin-film chip resistors depend on various factors.

In the case of metals that are formed into a layer on basis of a thin film process by sputter deposition, the specific resistance is not a pure material constant, but depends on the deposition process, the underlying substrate and the layer thickness. This stands in contrast to massively processed metals. For example, the resistance and TCR of a thin film resistor depend on the conditions during and after the deposition process. Of course, the material used is also decisive for the quality of the resistance. Pure metals, as well as alloys and compounds of metals, are used. The temperature coefficient can be adjusted by selectively introducing external atoms, e.g. in the case of alloys.

Susumu’s RG series of thin film chip resistors, launched in 2003, established a standard thanks to its exceptional resistance to high temperatures, humidity, and contamination. Furthermore, the RG series features low noise, excellent long-term stability and resistance tolerances of ±0.01 % to ±0.5 %. The high precision and reliability are due to special inorganic passivation, which Susumu, a renowned specialist for thin-film technology, introduced with this series. By skillfully adjusting various parameters, Susumu has now been able to extend the resistance range of the series. The highest value for the resistor RG2012 was 1MΩ. Now, this resistor is available with up to 2.7MΩ. Also, the limit of the RG3216 was 2MΩ. This value was even extended to 5.1MΩ. Moreover 10MΩ.is now on request. Further improvements can be found in Table 1.

Table 1: Extension of the resistance range of the RG series

Susumu had already developed a special NiCr alloy for the RG series. New high-resistance material is used for the series with higher resistance values. The length of the traces also allows determining the value of the resistance. Using photolithographic methods, Susumu is now able to produce even finer structures:

A further feature of resistors in thin-film technology is the possibility of adjusting the absolute value of the resistor by laser trimming. For this purpose, various structural patterns — from coarse to fine — are trimmed one after the other and sometimes several times in order to get closer to the desired value step by step. By skillfully adjusting these factors, Susumu has succeeded in extending the resistance value of the RG series. Although a different material was used than in the NiCr-based series, the high-impedance series has the same excellent electrical properties (Table 2). The protective, inorganic passivation already implemented in the old RG series makes this possible.

These resistors meet the needs of customers who require reliable thin film chip resistors with high precision and excellent stability. An exemplary application is the battery management of 48V lithium-ion batteries in the automotive sector.

At the same time, higher reliability than known from RG is achieved according to Susumu. So the drift is less than +- 0,02%. The main fields of application are precision measuring technology, medical technology, industrial electronics, and automotive electronics.

Susumu has been offering innovative and high-quality thin-film resistors for all areas of the electronics industry since 1964. As a specialist in thin-film technology and one of the world’s largest manufacturers, the company offers a wide range of high-quality components, including chip resistors, chip networks, precision resistor networks, chip inductors, delay lines, power inductors, and current sensors.

Ryuji Hayashi worked at Susumu company that offers innovative and high-quality thin-film resistors for all areas of the electronics industry since 1964. Specializing in thin-film technology and one of the world’s largest manufacturers, the company offers a wide range of high-quality components, including chip resistors, chip networks, precision resistor networks, chip inductors, delay lines, power inductors, and current sensors.