This article looks at the history of the SMPS and how it's transformed over the decades to become a digital power supply with all control-associated functions performed by digital technologies.

From the early REC-30 mercury-vapor, thyratron-based power supplies used in the 40s by Navy teletype systems to today's ultra-high-efficiency, high power density telecom rectifiers, the SMPS industry has made substantial progress. According to the last Report Linker assessment, with the promises of new technologies such as GaN and SiC devices, the global SMPS market has been forecasted to reach over U.S. $6.3 billion by the year 2025. This progress is the result of a constant technological evolution that has reached every single component of the design. There is, however, a common denominator behind this ubiquitous transformation: the digital revolution.

In this article, we will discuss some important aspects surrounding this matter. We will start by giving an outline of the historical conditions that caused this transformation to then clarify the meaning of the commonly-used term “digital power” and some associated concepts. 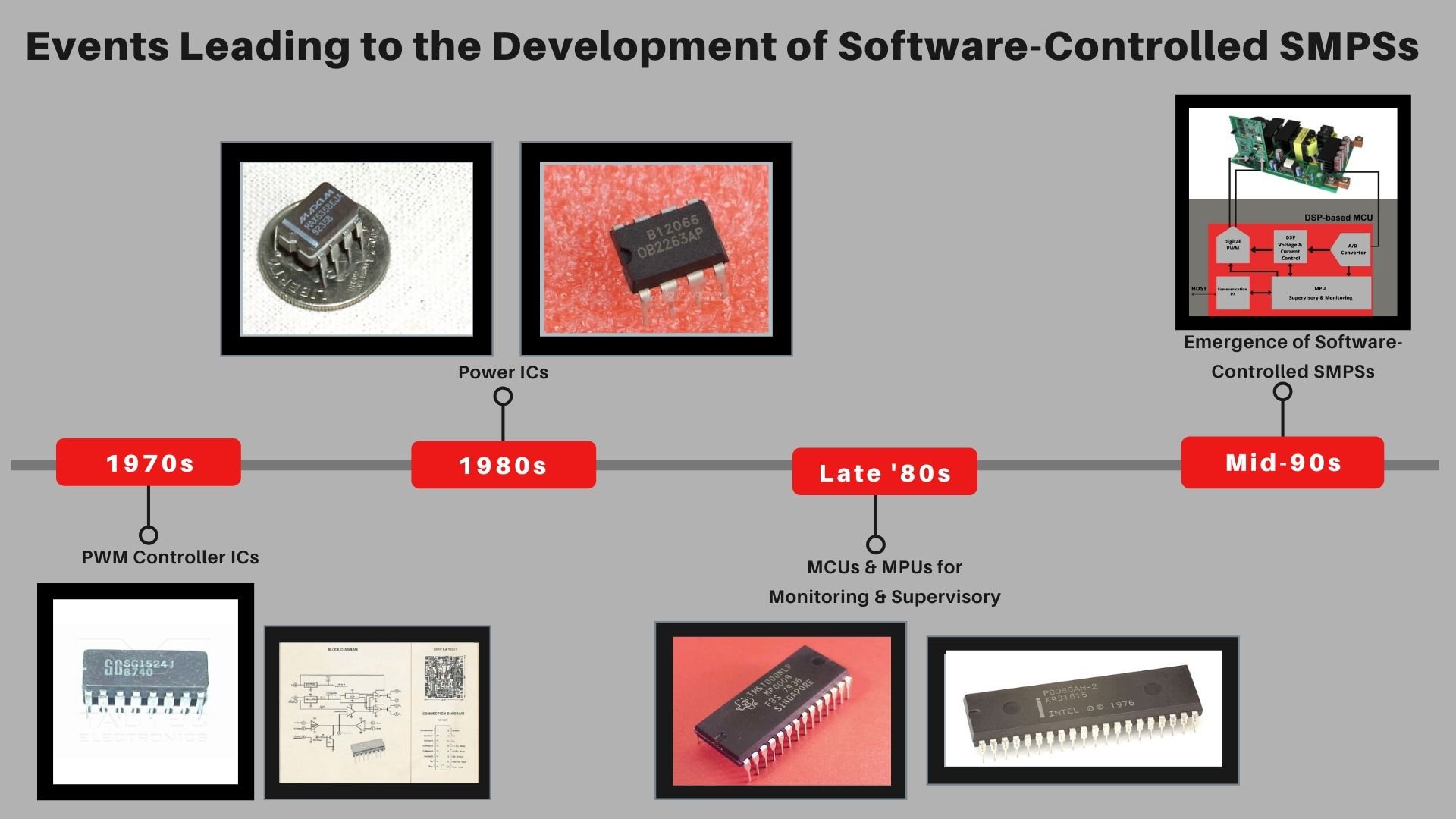 A Brief History of the SMPS

There is no clear consensus of what the term digital power means in the SMPS community. This can be attributed to a number of factors including the early introduction of digital technologies back in the '70s with the first PWM controller IC, the various levels of digitalization happening in the last decades, and, of course, the creative nature of the marketing brain. In fact, the switching action itself — which gives the whole technology its distinctive denomination — is in essence a digital phenomenon. Despite this confusion, the technological evolution of the modules is historically clear as we will see in this section.

Although known from the early '30s, the SMPS revolution didn’t really take place until two key technologies were developed in the late '70s: the power MOSFET and the PWM controller IC.

Before then, SMPSs were controlled by analog devices; a controller board was designed with op-amps, comparators, transistors, and passive components to perform all the functions required to supervise and control the module. As designs evolved, greater and more complex functions were needed and the challenges for resolving such intricate logic with discrete components resulted in performance limitations and a large part counts at best.

Many companies saw this opportunity and began producing specialized analog ICs for PWM control. However, it wasn’t until 1976 that Bob Mammano put all the functional blocks into a single chip — the SG1524 — inventing the first PWM controller IC and marking the beginning of the digital power era (see Figure 2). 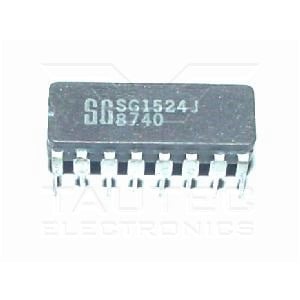 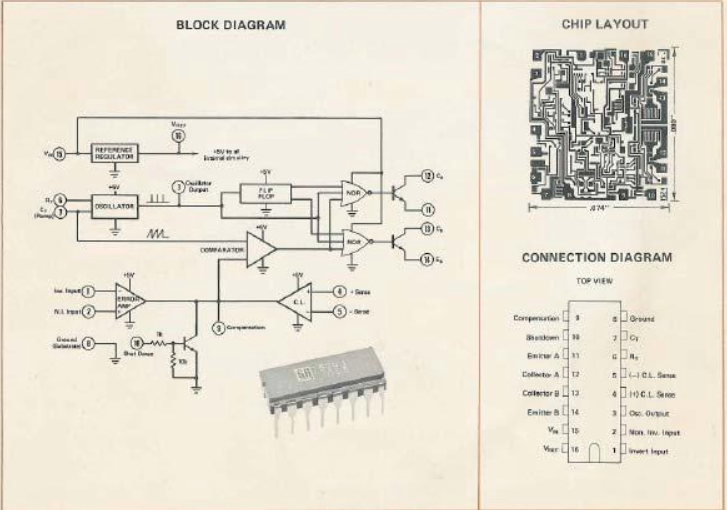 Figure 2. A block diagram of the SG1524. Image courtesy of Tautec Electronics.

Once Mammano opened the stage with his SG1524, a great variety of PWM controllers came to life offering an increasing number of features and improved capabilities. During the mid-80s, the growing diversity of power ICs surpassed the PWM control domain and offered a solution to other tasks such as supervisory and fault management.

Simultaneously, new control strategies, such as current-mode control, were being researched with promising results creating yet another new set of requirements for power ICs. The market continued expanding into the '90s where the tremendous growth of consumer electronics and data-processing equipment posed environmental concerns, creating programs to reduce power consumption and a strong demand for increasing SMPSs conversion efficiency (e.g., U.S. Energy Star and EU Code of Conduct).

The ever-stringent requirements for SMPS affected all aspects of the design, creating a need for more sophisticated features such as data logging and external communication. This complexity coincided with the increasing popularity and decreasing price of both MPU and MCU chips, which entered the market in the mid-70s, with devices such as TI’s TMS1000 and Intel’s I8080, and rapidly proliferated (see Figure 3). 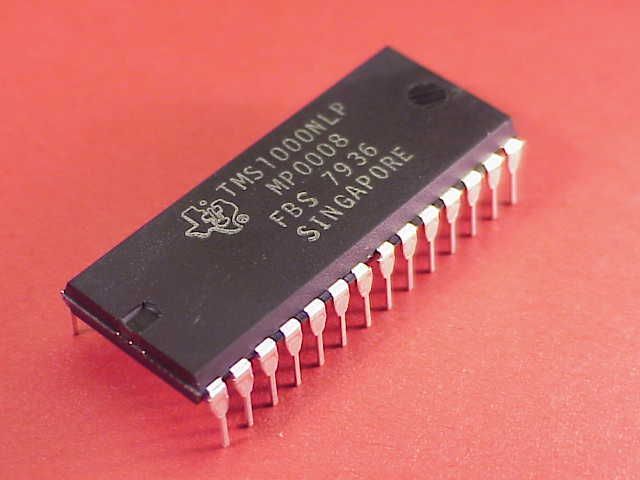 The events that led to the adoption of these technologies in SMPSs are not documented in great detail, as this happened as an obvious design trend to eliminate an increasing number of discrete components for non-critical monitoring and control functions. Nevertheless, by the 80s, the motor drive industry was using both MPUs and MCUs with great success for a variety of purposes including feedback control.

However, SMPS designers (being a typically conservative group) took advantage of these experiences only for executing non-critical tasks. It was later, during the '90s, with the popularization of the digital signal processor-based controllers (DSC) that the last step was finally taken; it was the birth of the fully digitally-controlled SMPS.

To summarize, we could say that digital power, when it comes to an SMPS, is not an all-or-nothing term. SMPSs are complex systems comprising a variety of functional blocks, which have progressively become digital as technology evolved. Within this change, the deepest level of digital technology penetration has been achieved by the introduction of DSCs and their respective firmware to execute all the supervisory and control tasks needed to perform the power conversion.

We could, then, state a definition of digital power as the power produced by an SMPS in which all of the control-associated functions are performed by digital technologies. This definition, however, does not make a distinction between power supplies in which the control functions are implemented by a non-programmable digital controller IC and the ones that rely on an MPU, MCU, DSC, FPGA, or a combination of them. This distinction becomes increasingly important as many SMPS applications and new technologies, such as SiC and GaN, are demanding the latter. In fact, in recent years a new definition has emerged to describe this type of power supply: the software-controlled SMPS. 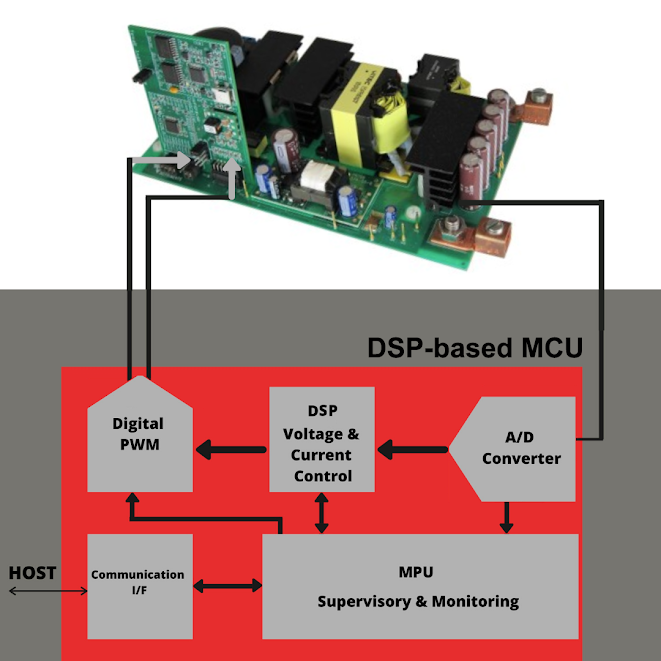 Figure 4. Today's SMPSs, such as the one pictured above, are software-controlled.

Similar to what has happened in other fields, a wide range of possibilities open when choosing a software-oriented approach to power supply design. From introducing new IP protection mechanisms by using code encryption to reducing reliability concerns due to component aging, the advantages are numerous and can significantly improve performance and reduce the cost and duration of the development cycle.

These advantages, however, come at a high price, since changing the design paradigm to the point of introducing a completely new discipline (i.e., software engineering) at the heart of the module brings its own challenges, to say the least.

Some of these challenges have to do with developing the right skillset. Now, teams need digital designers, digital control experts, and firmware developers. Others involve adopting the right tools and processes to perform a proper design. There is, in truth, a multitude of factors that must be considered to move into this direction without incurring substantial risks.

Engineering organizations should, therefore, be cautious and savvy yet decisive when undertaking this transformation. For software-controlled SMPSs are here to stay and in such a commoditized market, as Paul Tudor Jones said, you adapt, evolve, compete or die.