A 14-megawatt wind turbine from Germany-based Siemens Gamesa hit a daily record for energy output. Meanwhile, construction is expanding at a massive offshore wind farm off the United Kingdom’s coast.

Siemens Gamesa recently unveiled a new output record for its latest SG 14-222 DD offshore wind turbine: 359 megawatt-hours in a 24-hour timeframe. On Twitter, the company touted that milestone as the most power produced by a turbine over one day, equivalent to what’s required to drive about 1.1 million miles in a mid-sized electric vehicle.

A record has been set by our SG 14-222 DD offshore prototype! �� The turbine has produced 359 megawatt-hours within a 24-hour time period - the most power one turbine has ever produced over this duration and enough energy to drive 1.8 million km in a mid-sized electric car! pic.twitter.com/zPuzIeW4CA

To put that into perspective: The average home in the United States uses about 0.89 MWh of electricity per month or 0.029 MWh daily, according to the U.S. Energy Information Administration. At 359 MWh per day, the SG 14-222 DD turbine could generate the same amount of daily power used by more than 12,300 homes in the United States. 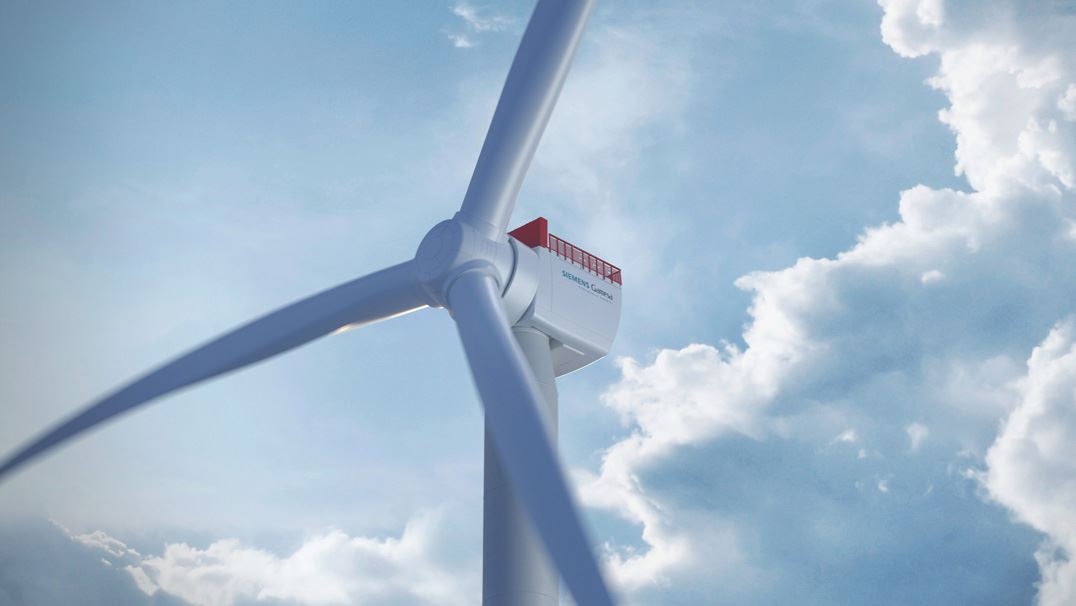 As the name suggests, SG 14-222 DD is a direct-drive turbine with 14 MW of nominal power and a rotor diameter of 222 meters (728 feet). With blades stretching 354 feet, the turbine is designed for all wind speeds but fits best at high-wind offshore sites. Suiting warmer climates and typhoon areas, this target market is somewhat of an outlier from Siemens Gamesa’s core base of customers in Northern Europe.

Siemens Gamesa first unveiled its SG 14-222 DD model in 2020, building on five generations of predecessors since 2011. The prototype marks a 25 percent increase in annual energy production from the previous version. It also includes the company’s latest RecycleBlade feature, with blades made of recyclable materials.

Siemens Gamesa installed the prototype in November 2021 at a test site in Osterild, Denmark, then kicked off production about a month later. 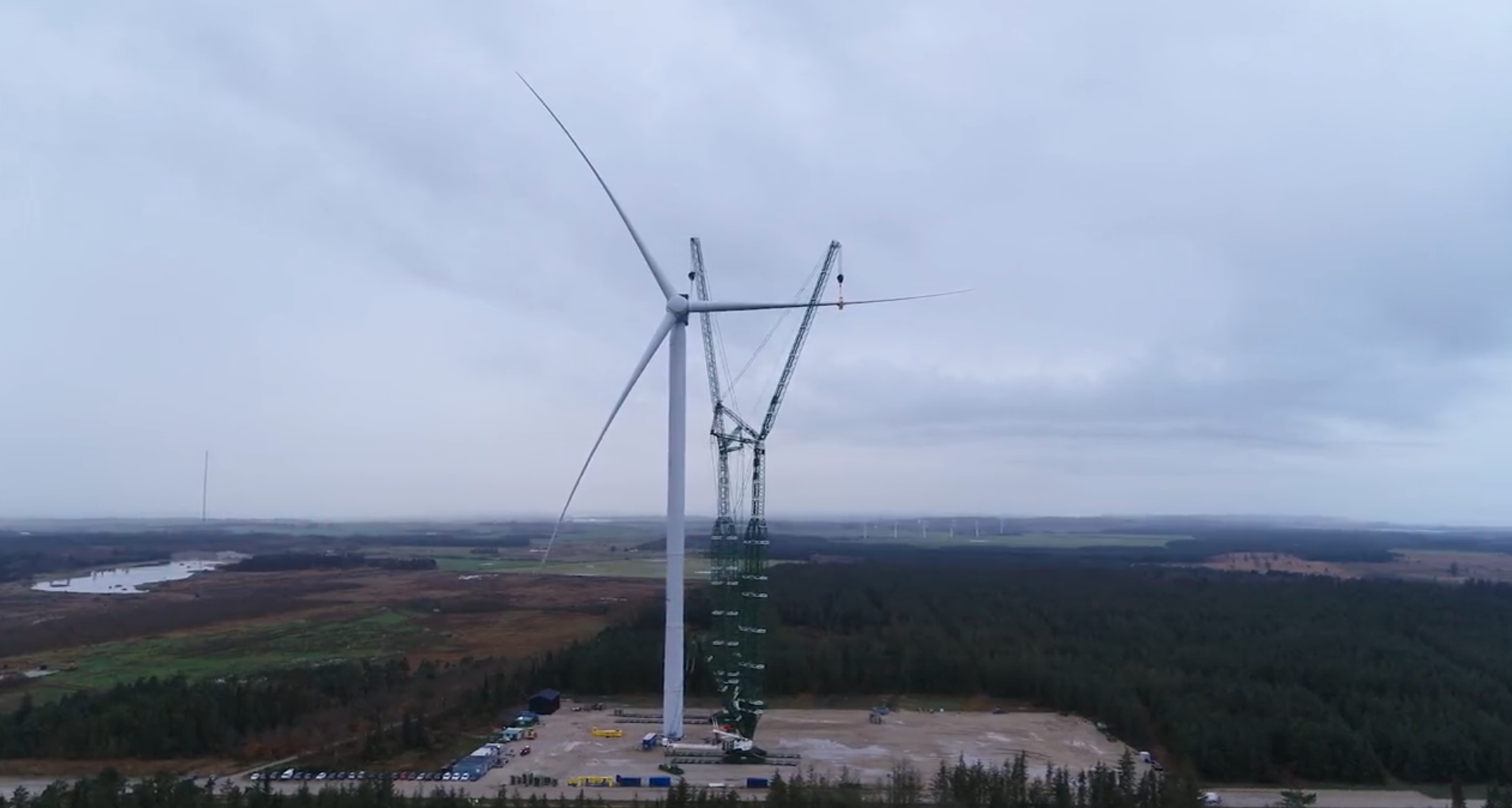 A crane installed the final pieces of the SG 14-222 DD turbine prototype in late 2021. Image used courtesy of Siemens Gamesa

Early assessments are commencing on the fourth phase of the Dogger Bank Wind Farm, reportedly the largest offshore wind project worldwide. The site is situated about 80 to 110 miles off of England’s northeast coast in waters ranging from 59 to 206 feet deep. The first three construction phases are underway, totaling 3.6 gigawatts of capacity, or enough power for 6 million homes in the United Kingdom. Developers started installing foundation monopiles and transition pieces earlier in 2022.

The project is a joint venture between Scotland-based SSE Renewables and Norwegian energy firms Equinor and Vårgrønn. The publication OffshoreWind.biz reported that the companies are assessing options to expand the project to a fourth phase, with a potential grid connection of up to 1.3 GW. That addition would bring the project’s total capacity to 4.9 GW. 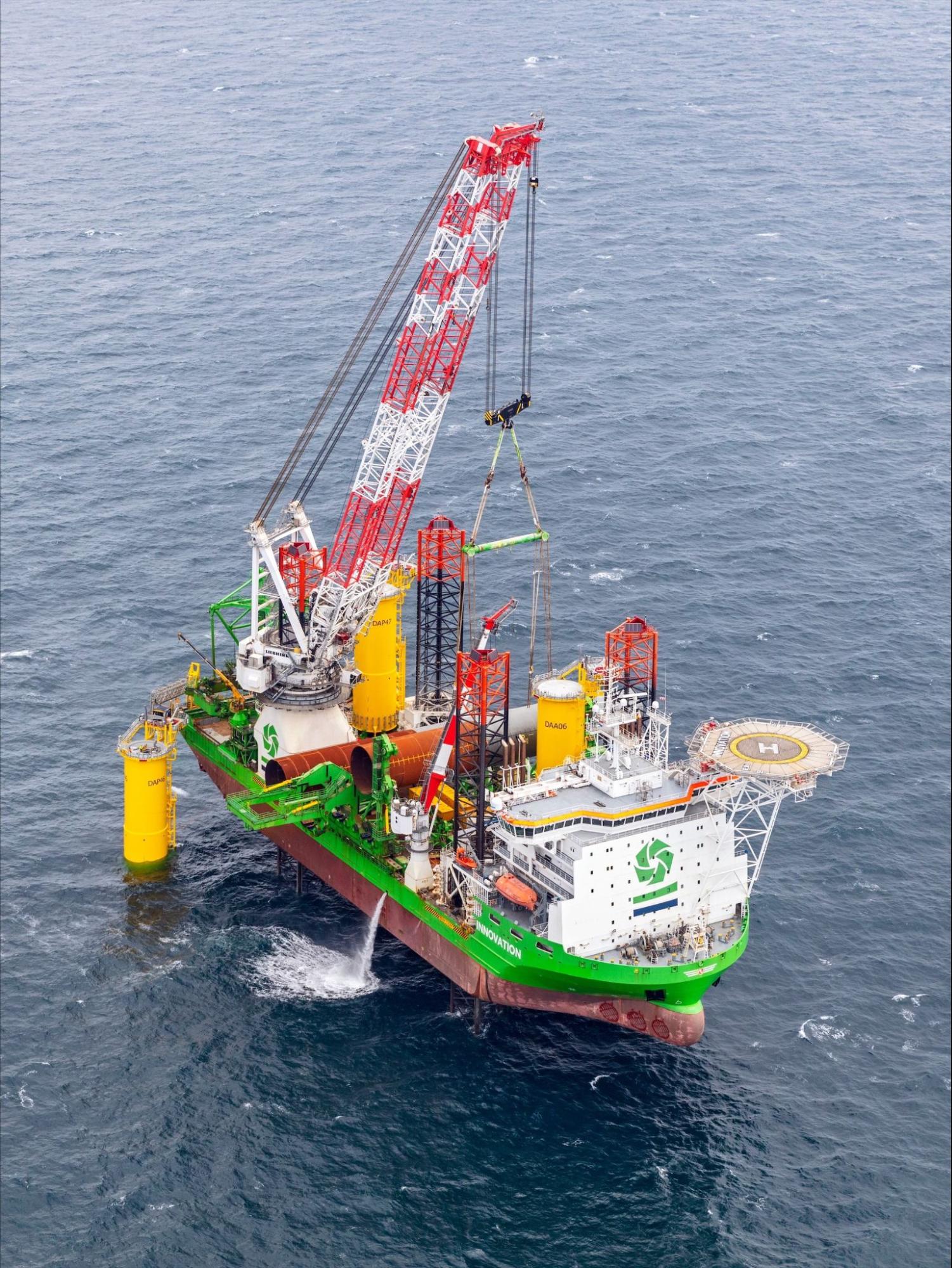