A look at how the electric vehicle industry is faring halfway through the year.

The past 16 months have been simultaneously turbulent and historic for the electric vehicle market. Production ground to a halt in the early stages of the pandemic, yet the ensuing pent-up demand had EV sales ending the year at record highs. Those gains have stretched into the first half of 2021, as demand continues to trend upward, new clean energy policies spur more growth and EV adoption accelerates worldwide.

The EV industry has largely recovered from early-2020 when manufacturing operations paused worldwide and consumers cut back on discretionary spending. In the months that followed, pent-up demand, new emissions standards, and renewed interest and investment in renewable energy applications created a dynamic that sent the EV market soaring to unprecedented heights.

Global EV sales swelled more than 40% last year, even as overall car sales declined by about 6%. A recent International Energy Agency (IEA) report counted 3 million new EV registrations in 2020, setting the global market on track to hit 145 million electric cars, buses, vans, and trucks by 2030—equivalent to around 7% of the road vehicle fleet. 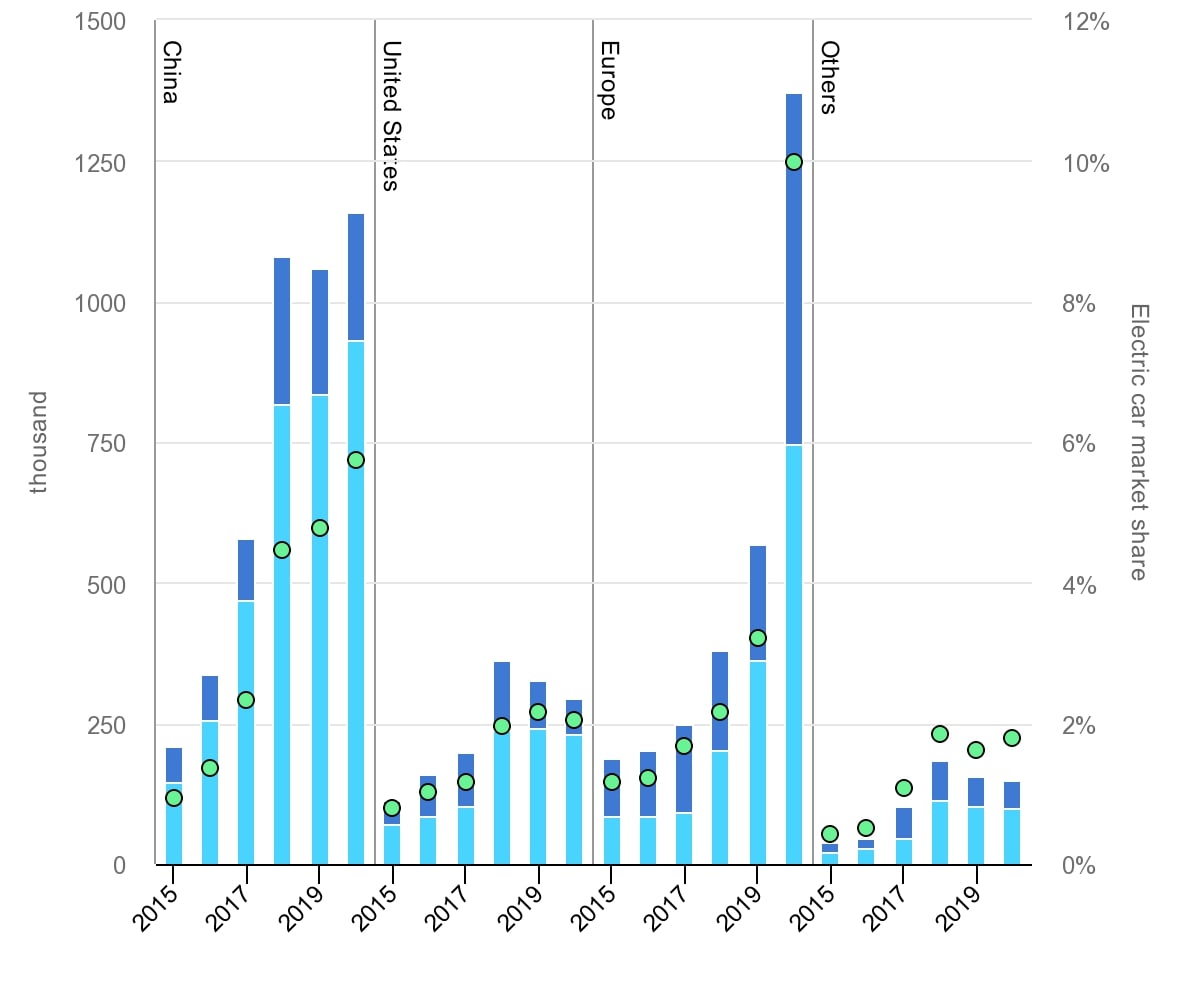 On the high end, if governments worldwide continue to pursue zero-emissions targets and other clean energy goals, the EV market could hit 230 million vehicles by the end of the decade, predicts the IEA’s Global EV Outlook. More than 10 million EVs were already on the roads last year, led by battery-electric models.

Last year’s sales trends introduced Europe as a serious competitor in the EV market, grabbing more purchasing power than ever before. According to the IEA, Europe led the global market with 1.4 million new registrations, followed by China with 1.2 million registrations and the U.S. with 295,000.

Norway, Iceland, Sweden, the Netherlands, and Finland are the top five countries gobbling up the largest share of new car sales in Northern Europe. The region as a whole recorded a 60% compound annual growth rate in EV sales between 2016 and 2020.

The growth comes as the European Union is pursuing its goal to hit net-zero carbon emissions by 2050. Recent policy introductions include a combustion engine phaseout deadline and pollution charges for automakers, the Financial Times reported earlier this month.

As more EVs hit the road last year, so did the number of new charging stations and outlets available for drivers.

The IEA’s Global EV Outlook report noted that publicly available fast chargers increased by over 1 million last year, led by China (with a 44% jump in installations) and Europe (a 55% increase from 2019). 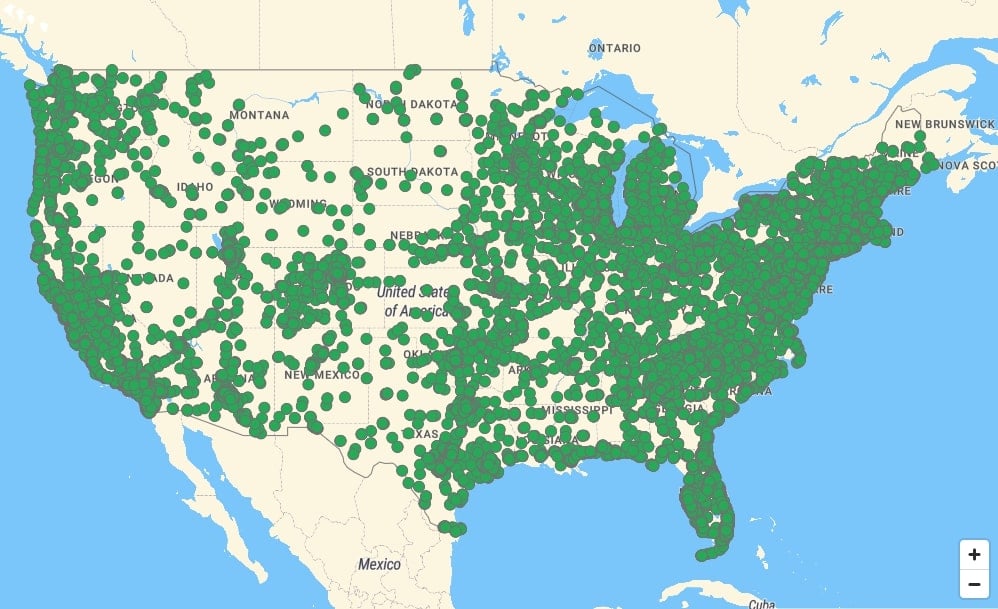 Map of EV charging stations in the U.S. Image courtesy of  the Department of Energy, Alternative Fuels Data Center

According to data from the Department of Energy, the U.S. currently has over 43,400 public charging stations nationwide, most of which are level 2 or DC fast chargers. To compete with global leaders, U.S. lawmakers made EV charging expansion a priority in the $2 trillion infrastructure package proposed earlier this year.

Sales numbers paint a rosy picture, but there are still many hurdles keeping EV makers from fully capitalizing on the market’s potential.

The ongoing pandemic, storms, droughts, earthquakes, a factory fire, trade policy, and other factors have given rise to the global chip shortage hitting over 150 industries, including electric vehicles. 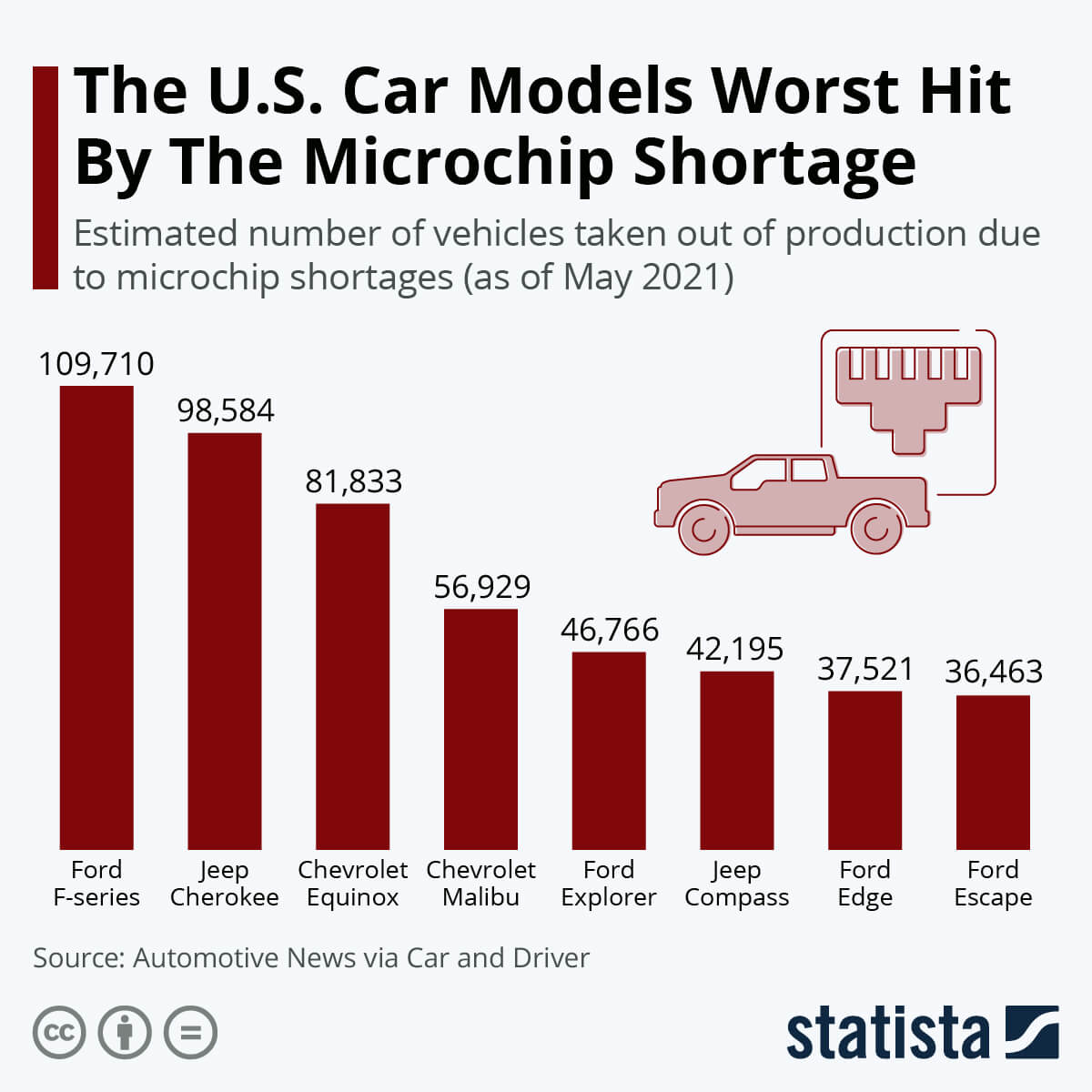 The estimated number of vehicles taken out of production due to chip shortages. Image courtesy of Statista

In May, AlixPartners estimated that the shortage would impact 3.9 million vehicles this year, costing global automakers $110 billion in lost revenues—a significant jump from the firm’s January estimate of $61 billion.

U.S. vehicle sales fell 9.9% in June due to ongoing supply shortages, according to a recent TD Economics report. The seasonally adjusted annual rate of sales units decreased to 15.4 million in June, down from May’s 17 million and missing the consensus forecast of 16.5 million.

Keeping Up With the Competition

Semiconductor giants and the trade groups that represent them are now pressuring the federal government to spend billions on domestic semiconductor manufacturing, research, and research initiatives, and incentives programs as the country’s leading chipmakers compete with China, Europe, and other dominating markets.

According to the IEA, federal incentives fell in 2020 as General Motors and Tesla reached their limit on federal tax credits. This year, Congress has introduced legislation, such as the Clean Energy for America Act and the CHIPS for America Act, to provide new incentives to build a resilient domestic supply chain.

Meanwhile, Chinese car manufacturers NIO and Xpeng recorded 116% and 617% year-on-year growth in vehicle deliveries in June, respectively. Tesla and other American car manufacturers are increasing their China-bound EV sales. In June, Tesla reached its highest sales counts in China, corresponding to 122% year-over-year growth in Model 3 and Model Y units either sold or exported in China. With demand soaring in the region, analysts predict Tesla’s market capitalization will top $1 trillion by the end of this year, up from about $631 billion in July. 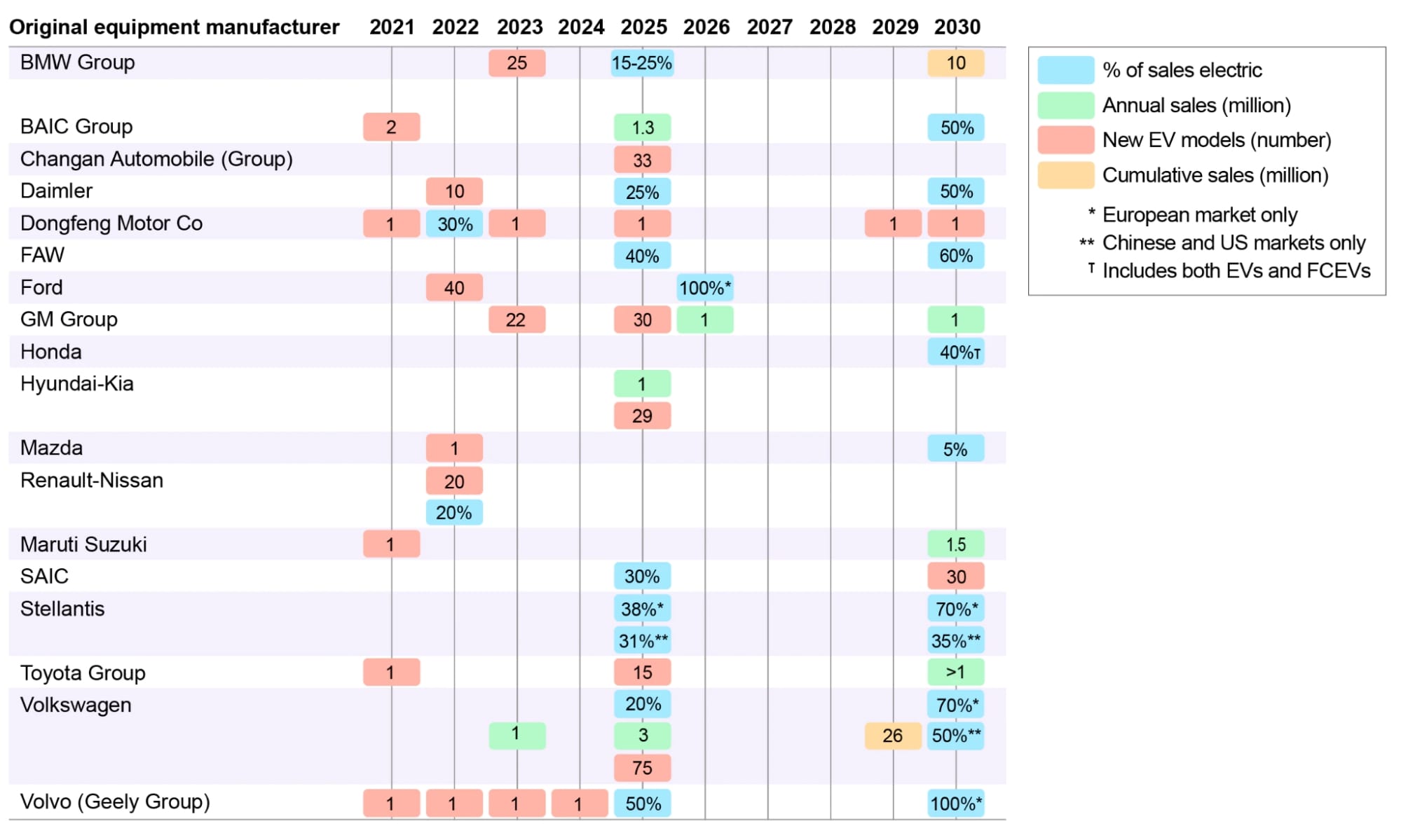 At the same time, much of the industry’s activity is concentrated on a few powerful players. In the U.S., Tesla models claimed 54% of all EV sales this year through May, according to Electrek. Tesla and ChargePoint also run most of the U.S.’s charging stations and outlets.