Cree Rebrands to Wolfspeed and Lands Supply Agreement with GM

Cree Rebrands to Wolfspeed and Lands Supply Agreement with GM

After selling its LED business and overhauling its strategy, North Carolina-based Cree will now be known as “Wolfspeed” to reflect its renewed focus on Silicon Carbide (SiC) materials and semiconductors. And, on the same day its stock began trading under the new NYSE ticker, “WOLF,” the company announced a long-term agreement with General Motors to provide SiC materials for future electric vehicles.

Wolfspeed will develop and supply SiC power devices for GM’s Ultium Drive electric motor units, enabling the auto giant to install more efficient propulsion systems that extend EV range. Under the terms of the agreement, GM will participate in the Wolfspeed Assurance of Supply Program, which aims to “secure domestic, sustainable and scalable materials for EV production,” the announcement stated.

The devices will be developed at Wolfspeed’s 200-mm wafer fabrication facility in Marcy, New York, which is set to launch in early-2022. 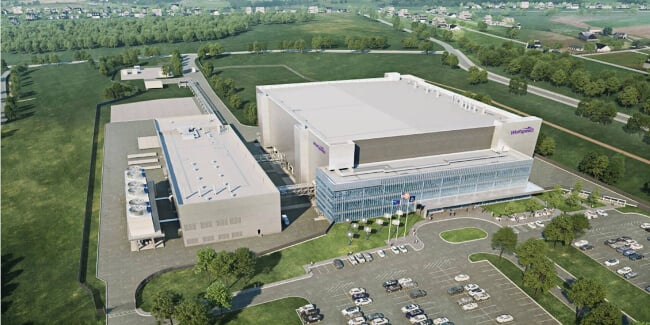 Wolfspeed says its lineup of SiC-based MOSFETs and diodes reduce power losses by nearly 80% and extend driving distance by up to 10%.

Shilpan Amin, GM’s vice president of Global Purchasing and Supply Chain, touted silicon carbide as an “essential material” to meet the demand for greater driving range in the EV market. (GM has been fueling billions of dollars into its EV development, competing with the likes of Tesla, Nissan and Ford.)

Wolfspeed CEO Gregg Lowe further added that the agreement “ensures long-term supply of silicon carbide to [help GM] deliver on their promise of an all-electric future.”

Wolfspeed’s SiC expansion strategy has been in the works for several years, culminating in its recent rebranding after completing the sale of its LED business to SMART Global Holdings in March. Overall, the company has invested more than $1 billion into boosting its production capacity for SiC materials and wafer fabrication. Separately, it recently expanded its SiC wafer supply agreement with STMicroelectronics to manage higher production volumes in response to market demand.