The company says the factory is the single largest investment in its 135-year history, at around $1.2 billion. Powered by artificial intelligence algorithms, digital twin modeling and other advanced processes, the Dresden fab will manufacture 300-millimeter wafers in six-week production runs, exceeding the capacity of Bosch’s existing wafer facility in Reutlingen, Germany. Each wafer can accommodate 31,000 individual chips, Bosch says. The first chips for Bosch’s power tools will begin production in July, six months earlier than the company initially planned. Chip production for automotive products will kick off in September. Around 700 people will be employed at the 72,000-square-meter space when the final construction work is complete.

Most of the chips produced at the new facility will be bound for Bosch’s automotive electronics products under its mobility solutions business segment. With around $50.5 billion (USD) in revenue, the mobility solutions segment accounted for nearly 60% of Bosch Group’s total sales in 2020.

The new Dresden wafer fab was showcased at an opening event last week. German Chancellor Angela Merkel made a virtual appearance, stating that the new facility would help to expand the country’s microelectronics production capacity.

“Microelectronics is the basis for nearly every promising technology, for applications of artificial intelligence, for quantum computing, and for automated and connected driving – which is also a Bosch specialty,” Merkel added. 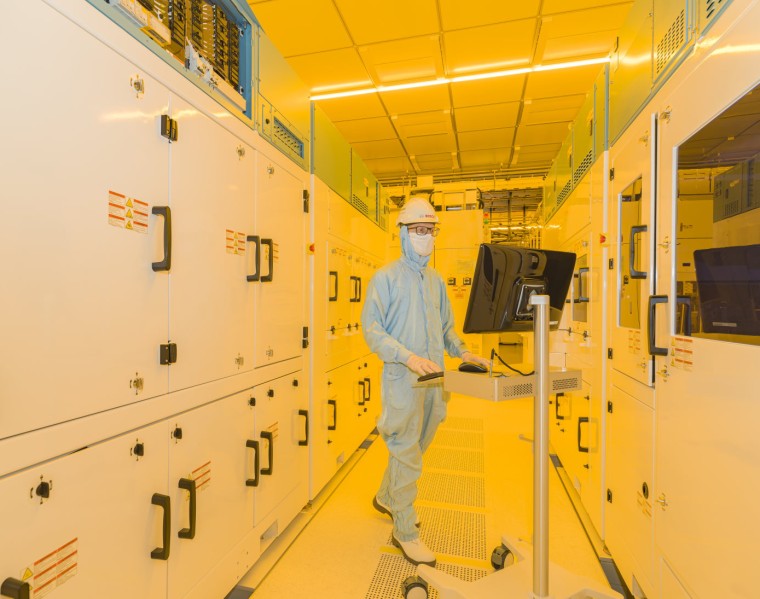 Earlier this year, Germany and over a dozen other European Union countries announced a collective investment of $60 billion to expand local production of processors and semiconductor technologies. Europe is under pressure to expand its domestic production capacity to compete with market leaders like Taiwan, China and the U.S. Bosch is among a handful of major chip suppliers in Germany, alongside Infineon Technologies.

Bosch’s production expansion comes after the COVID-19 pandemic stalled global automotive production by 16% last year, according to statistics from the International Organization of Motor Vehicle Manufacturers. Germany was particularly impacted, with a 24% decline in production.

Bosch addressed this decline in last year's annual report, saying that while it expects a return to pre-crisis levels in the medium term, it ultimately anticipates further growth in passenger and goods transport in the coming decades. Climate policies, new standards around carbon and exhaust emissions, the adoption of emerging technologies and changing user preferences also open new mobility concepts and services for the company, especially in the software arena through recharging networks and other services. The report also said Bosch aims to take a leading position as the largest automotive supplier by revenue.

Volkmar Denner, chairman of Bosch’s board of management, said in last week’s opening event that semiconductors are a core technology for the company and “it is strategically important to develop and manufacture them ourselves.”

“In Dresden, with the help of artificial intelligence, we will take semiconductor manufacturing to the next level,” Denner added. “This is our first AIoT [Artificial Intelligence of Things] factory: fully connected, data-driven, and self-optimizing right from the start.”