Able to withstand temperatures of 150°C and vibrations of up to 80g, the new units can replace entire banks of wet tantalum capacitors

The NHR SlimPack series was introduced by Cornell Dubilier (CDE) to augment its existing line of FlatPack electrolytic capacitors. The new units operate over a temperature range of –55 to 150℃ and are tested to 80,000 feet. Series members have a service life of 3,000 hours at full-rated conditions. 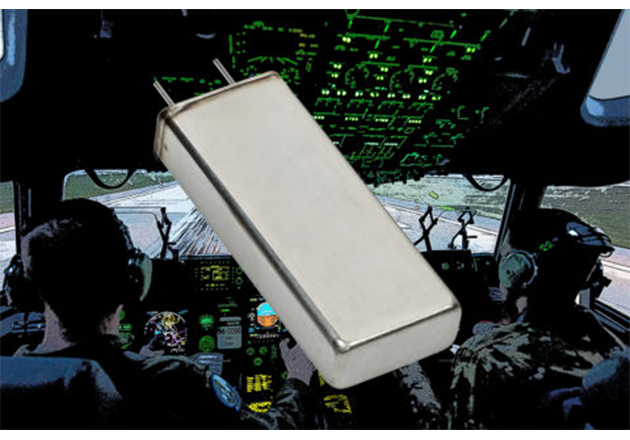 As described in their data sheet, there are 24 members of the NHR — Slimpack series. Their maximum voltages range from 75 to 300 VDC with available capacitances of 60 to 960 µF. Their cases all feature heights and widths of 0.5 and 1.0 inches, respectively. The individual members feature lengths of 1.5, 2.0. 2.5 or 3 inches.

Specialized for Aerospace and Military Applications

The company describes how its FlatPack capacitors have been a staple in aerospace and military applications for decades. As per Mario DiPietro, Product Manager for Cornell Dubilier, “Our NHR Flatpack technology offers exceedingly long life at high temperature for critical applications that previously have been the domain of wet-tantalum capacitors.”

The company claims to have had success in helping engineers replace tantalum capacitors, deployed in large banks of series and parallel units, with FlatPacks, saving space, weight, and of course, cost.

Members of the NHR-Slimpack series are prismatic aluminum capacitors as opposed to the T4 case wet tantalum devices now in wide use. Both types of capacitor operate at high voltage, and prismatic aluminum units are available in somewhat higher capacitance values

The great advantage of prismatic aluminum capacitors is that their voltage rating peaks at about 300 VDC, as opposed to the 95 volts typical of T4 case wet tantalums.

As CDE spells out in their presentation, one “NHR” is about four times the size of one “T4”. 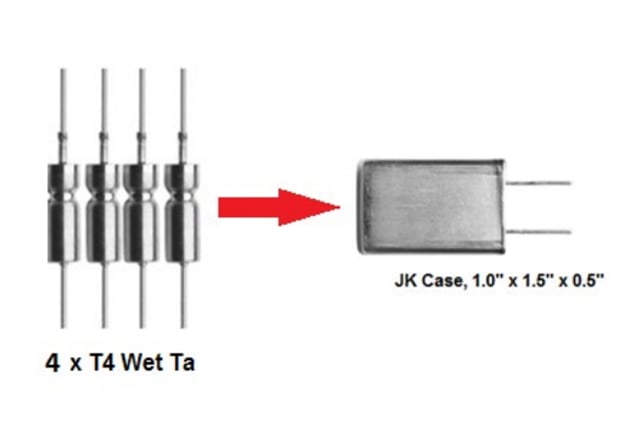 For a high capacitance application at 150℃ 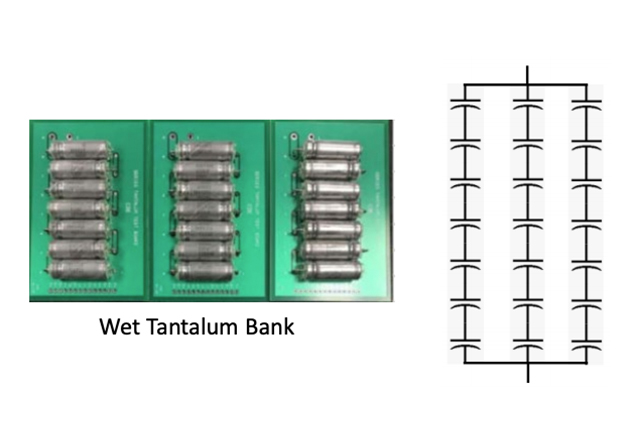 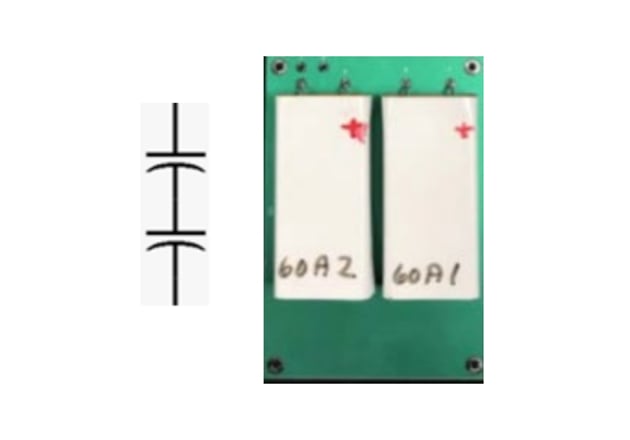 The result here is two capacitors that combine to offer 95µF at 500 VDC, also operating at 150℃.

As further detailed in the CDE Presentation

The NHR-Slimpack series will find use in applications calling for large capacitances operating at high temperature subject to intense vibration. These include:

Military applications include the inverters and power supplies that are essential parts of on-board avionic systems.

Critically, these units will also find use in the ever-expanding world of automotive electronics, standing up to the heat and vibration inherent to the demanding vehicular environment.