What are mica capacitors? 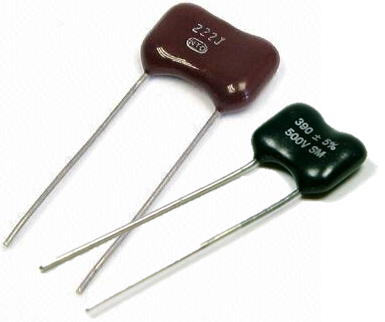 Mica minerals are very stable electrically, chemically and mechanically. Because of its specific crystalline structure binding, it has a typical layered structure. This makes it possible to manufacture thin sheets in the order of 0.025-0.125 mm. The most commonly used are muscovite and phlogopite mica. The first has better electrical properties, while the second has a higher temperature resistance. Mica is delved in India, Central Africa and South America. The high variation in raw material composition leads to high cost needed for inspection and sorting. Mica doesn’t react with most acids, water, oil and solvents.

Silver mica capacitors use mica as the dielectric. They have great high-frequency properties due to low resistive and inductive losses, and are very stable over time.

The minimum tolerance for silver mica capacitor values can be as low as ±1%. This is much better than practically all other types of capacitors. In comparison, certain ceramic capacitors can have tolerances of up to ±20%.

Mica capacitors are very stable and very accurate. Their capacitance changes little over time. This is due to the fact that there are no air gaps in the design which could change over time. Also, the assembly is protected from moisture and other effects by an epoxy resin. This means that outside effects such as air humidity do not affect mica capacitors. Not only is their capacitance stable over time, it is also stable over a wide temperature, voltage and frequency range. The average temperature coefficient is around 50 ppm/°C.

Construction and properties of mica capacitors

Post-WW2 silver mica capacitors are made by plating the silver directly on the surface of mica and layering these to achieve the desired capacitance. After the layers are assembled, electrodes are added and the assembly is encapsulated. Ceramics or epoxy resins are used as encapsulation material in order to protect the silver-mica capacitor from outside effects such as moisture.

Silver mica capacitors are used in applications which call for low capacitance values and high stability, while exhibiting low losses. Their main use is in power RF circuits where stability is of utmost importance.

Silver mica capacitors are used in high frequency tuned circuits, such as filters and oscillators. They are sometimes used in pulsed applications as snubbers. Although they were once very popular as quality capacitors, nowadays they are increasingly being replaced by other types of capacitors due to their size and cost, which can reach several USD a piece.