Learn about the maximum step and touch voltages that people and animals in substation surroundings can tolerate.

To derive mathematical expressions for the maximum tolerable step and touch voltages, we’ll rely on Thevenin’s and Norton’s theorems. These names are in honor of the French telegraph engineer Charles León Thévenin (1857-1926) and the American engineer E.L. Norton (1898-1983).

Thevenin’s and Norton’s theorems allow the circuit analyst or designer to simplify less significant portions of a circuit and concentrate on the part of greater relevance to the problem at hand.

Thevenin’s and Norton’s theorems separate any electric circuit into two networks: the source network and the load network connected by a single pair of terminals called the load terminals.

Norton’s source is the source conversion of Thevenin’s source and vice versa. It is also true that Rth = Rn. 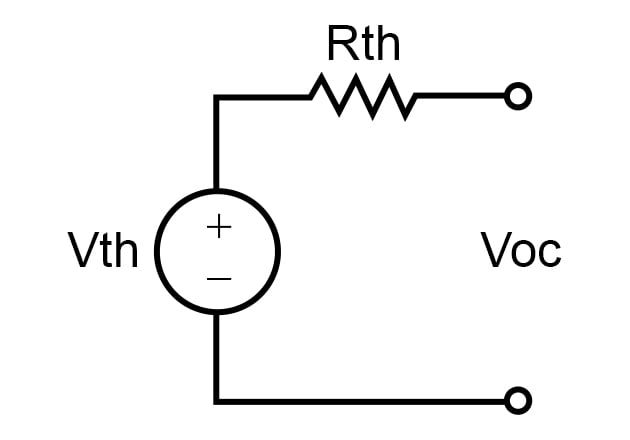 Norton’s current is the short-circuit current at the load terminals with the load network removed: In = Isc. See Figure 2. 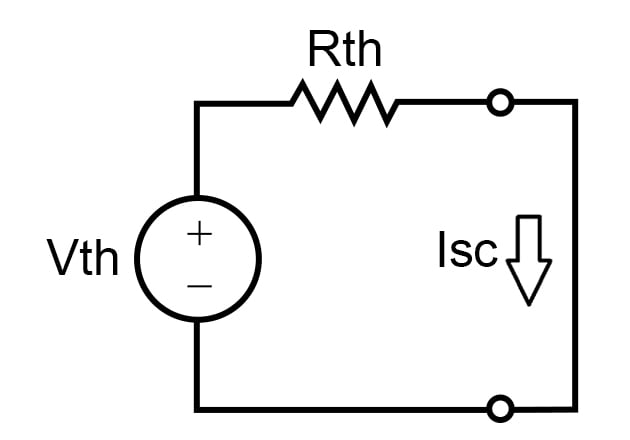 Figure 2 shows that the short-circuit current, measured or calculated, depends only upon Vth and Rth. Then,

The Body as a Circuit Parameter

Under fault conditions, the Earth carries current coming from the grounding electrode. This current generates potential gradients on the Earth’s surface, which, in turn, lead to harmful step and touch voltages. 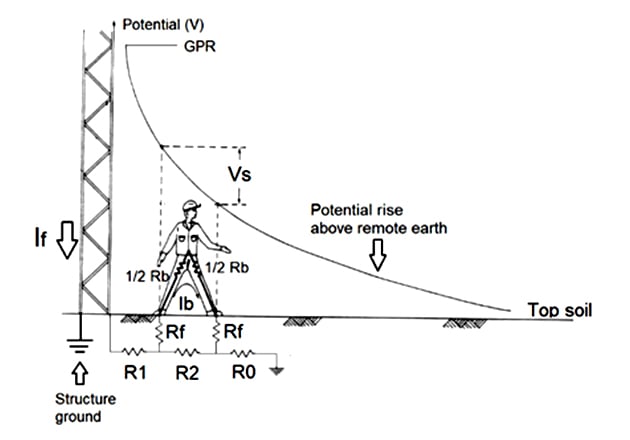 The total resistance to the ground of the electrode may be split into three sections: R1, R2, and R0.

Other electrical parameters are:

Figure 4 shows a simple electrical equivalent network, with the body (Rb) as a circuit parameter. 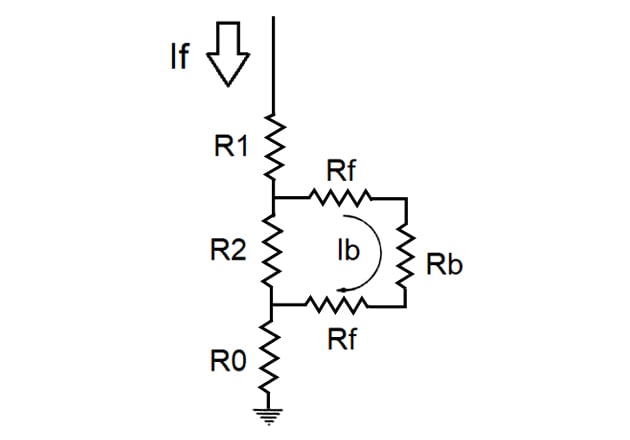 As will be seen later, Vs = Vth (we obtain this by removing Rb).

Figure 5 shows a person standing on the Earth and touching a metallic object connected to the grounding electrode. The potential difference between the hand and the feet generates the touch voltage Vt. The feet are close enough to consider them in parallel, thus R2 = 0. 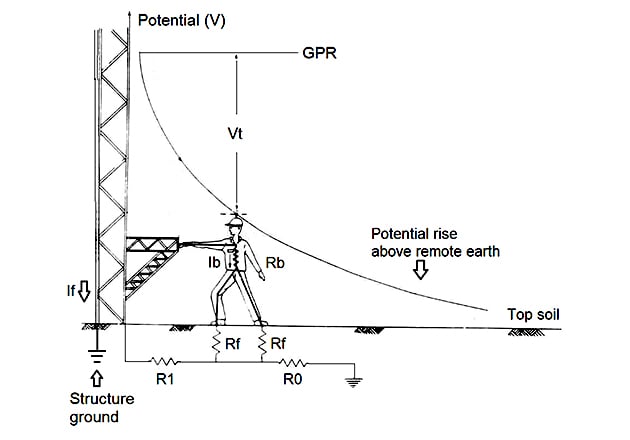 Figure 6 shows the equivalent electrical network, with the body (Rb) as a circuit parameter. 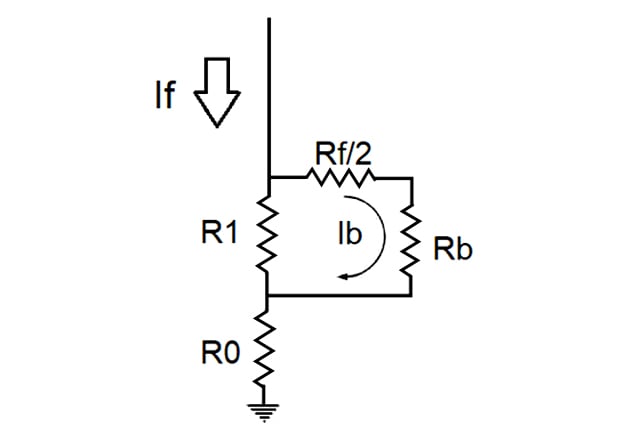 As before, Vt = Vth (we obtain this by removing Rb).

The step voltage Vs equals the Thevenin’s voltage Vth.

The load network in Figure 4 is the body resistance Rb. Applying Thevenin’s theorem, Vth will be calculated by separating Rb and solving the open-circuit voltage Voc. See Figure 7. 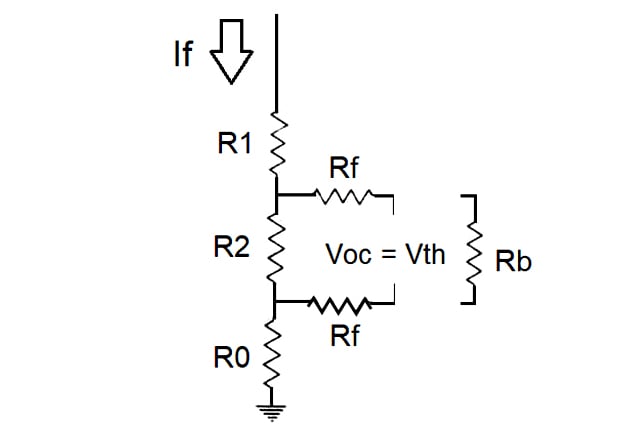 The open-circuit voltage is

Isc = In is the short-circuit current. See Figure 8.

This assumption is conservative because the voltage drop would be higher with R2 in the circuit. 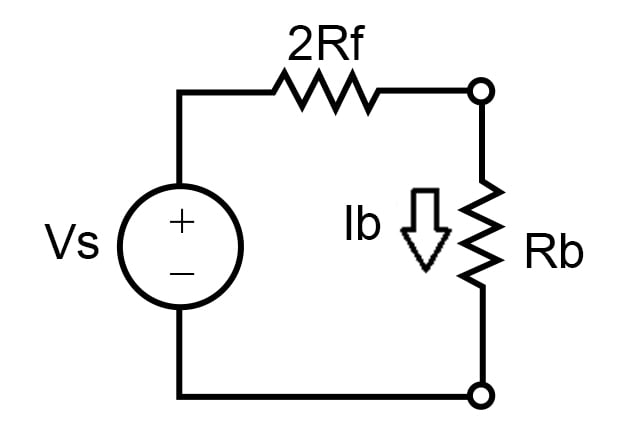 A typical figure for body resistance — hand-to-feet and foot-to-foot — is 1000 Ω.

Buried horizontal round plates can model the feet, with a radius of 8cm. Using P. G. Laurent’s expression for this resistance,

The maximum tolerable body current for a 70 kg  person, according to C.F. Dalziel’s research, is

The maximum tolerable step voltage is

From Figure 6, Vth is calculated by separating Rb and solving the open-circuit voltage Voc. See Figure 10. 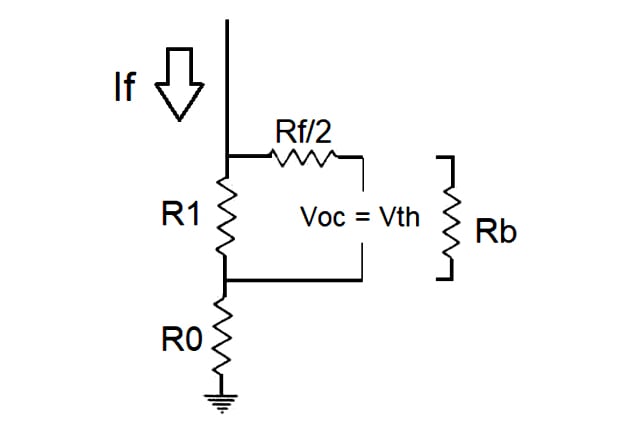 The open-circuit voltage is

Isc = In is the short-circuit current. See Figure 11. 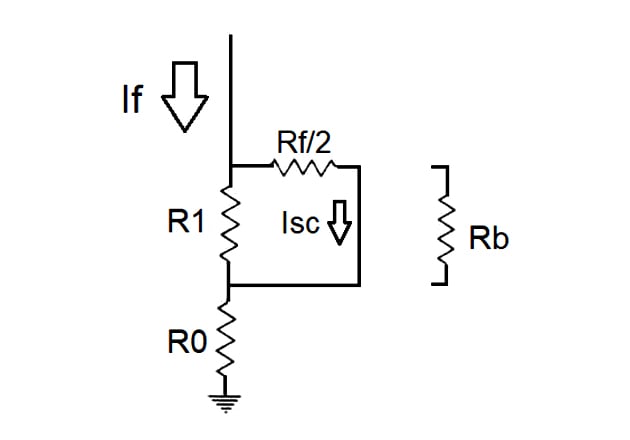 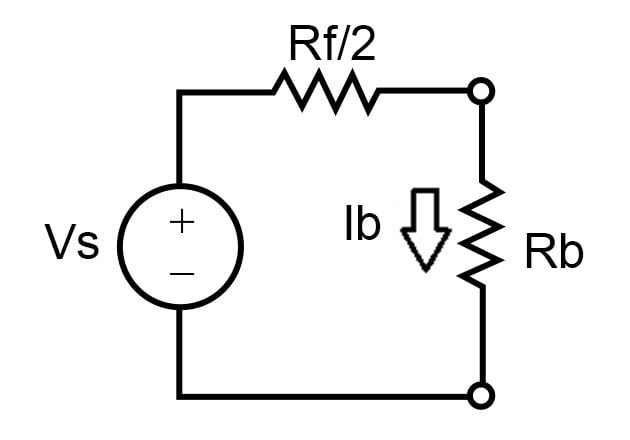 Then, the maximum tolerable touch voltage is

A fundamental concept is that the potential differences giving rise to the step and touch voltages are the ones on the Earth when the person is not present. The equivalent Thevenin circuits model this fact.

A Review of Maximum Tolerable Step and Touch Voltages

Particularly noteworthy are the step voltage and the touch voltage.

Two feet on the ground in points with different potentials are subjected to the step voltage. Similarly, the action of touching a grounded metal object while the feet are on the Earth at another potential subjects a person to the touch voltage.

The step and touch voltages are the ones on the Earth when the person is not present. The Thevenin equivalent circuits model this condition.

This article described an elementary methodology to estimate the maximum tolerable step and touch voltages.