Mitsubishi Electric introduced a new addition to its line of new transfer molded SMD type Intelligent Power Module - the MISOP. The MISOP is a solution suitable for 100W inverters that demand a high level of compactness, high productivity, and easy assembly.

Small drives with an output power of 100W have specific needs regarding power supply unit design.

The power supply unit encompasses the power semiconductor module and the associated peripheries such as gate-drive, control, protection, and heatsink, assembled in a single PCB.  This unit must be able to deliver the highest possible efficiency and offer a high degree of compactness. Additionally, it is expected that the modules must be mounted with minimum effort onto the PCB. Considering the special requirements presented by such applications, the MISOP (Mitsubishi Electric Intelligent Small Outline Power Module) are being developed in the 1A/600V range and the 3A/600V range.

The MISOP is an SMD type Intelligent Power Module (IPM), which consists of integrated gate-driver components, and bootstrap diodes. This product is a new addition to the Mitsubishi DIPIPM, a family of transfer molded power semiconductors optimized for applications requiring a high degree of compactness and high operational efficiency.

The MISOP is based on the Mitsubishi 7th generation reverse conduction (RC) IGBT chip technology. The 7th generation chip technology is a low-loss thin wafer IGBT technology that allows the optimization of the balance between performance and IGBT chip size. In addition to the inherent benefits of the 7th generation chip technology, the RC technology enables a significant level of optimization to the power module’s surface area requirement since the IGBT and the diode are effectively integrated into a single die. As a result, the chip surface which is normally used for the placement of diode dies are not required in this approach and therefore the IGBTs and the diodes necessary for a three-phase inverter are effectively packed into a single package corresponding to the SOP footprint. 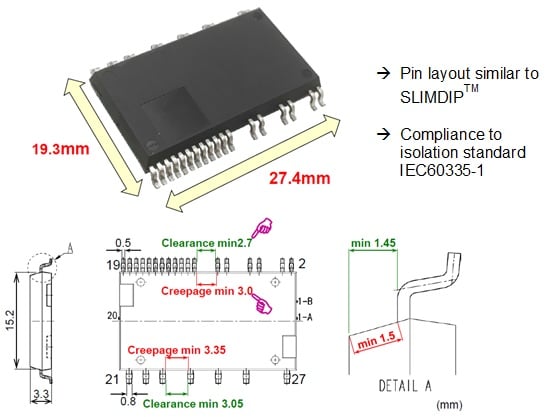 Figure 1. Package dimensions of the MISOP and the pin layout indicating the compliance to the IEC60335-1

Figure 1 indicates the size of the package and Figure 2 indicates the internal circuit topology of the power module. The pin assignment is similar to that of Mitsubishi’s SLIMDIP module from the DIPIPM series and the isolation standard was designed under the consideration of market requirements of creepage and clearance distances. Pin design is also in accordance with the norm IEC60335-1. This product has been developed in the SMD package. It does not have through-hole pins and it can be soldered to the PCB using the reflow soldering technique, which is intended to optimize efforts required in the assembly process. 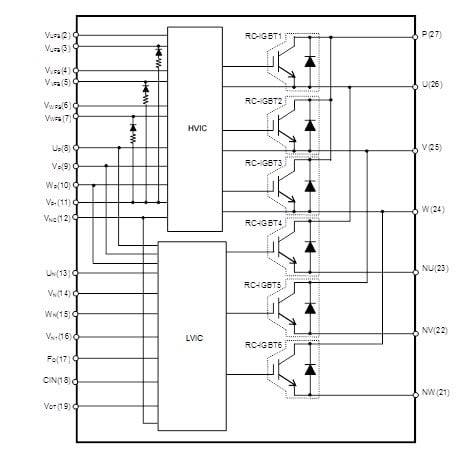 Figure 2. The internal topology of the MISOP

Continuing with the concept of the DIPIPM series, the MISOP is also equipped with integrated gate drive components. It has embedded driver ICs such as:

The full integration of driver and protection functionality is guaranteed under Mitsubishi quality standards and reduces the failure rate of the whole inverter. Also, through the full integration, the number of peripheral components will be optimized and this would help the stock management.

The embedded gate drive ICs also supports several important protection functionalities. Figure 3 indicates the wiring pattern, which has to be established in an application employing the MISOP. The approach adopted by the MISOP avoids the need for several undesirable cross points in the PCB tracks and even enables the use of a single-sided board. As a result, the PCB board design required for utilizing the MISOP is significantly simplified. 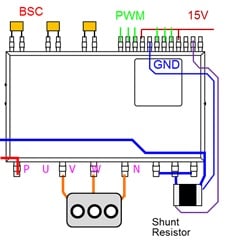 Figure 3. An example of the application circuit required for MISOP indicating the connections to the shunt resistors, bootstrap-capacitors, control input, control power supply, and power terminals.

The increasing global awareness for carbon footprint reduction combined with the commercial benefit of reducing power consumption in appliances has motivated inverter manufacturers (for applications such as small fans or pumps) in the range of 100W output power to adopt power semiconductors that deliver the highest possible efficiency during operation. Therefore, along with the advantage of offering compactness and easy design, the MISOP must be able to perform well under the required operating conditions.

Figure 4 indicates simulation results of the power loss performance with the 1A device MISOP for different RMS inverter current Iout(RMS) and the corresponding increase in the ∆Tj-c(average) for the given values of the Iout(rms). Considering an inverter with the following nominal working conditions: Iout = 0.283 Arms, Vcc = 300V, fc = 20 kHz, pf = 0.8, modulation index = 1; the three-phase output power is approximately 72W by using the 1A devices (SP1SK) from MISOP family.

Using the data from Figure 4, we understand that the total power loss is around 2.76W. This performance indicates a power module efficiency of around 96%. Although the MISOP is highly compact in volume, it can be observed that this module is capable of delivering excellent thermal performance. With regards to the thermal performance, it is evident that the ∆Tj-c(average) for this operating point is around 7 K for each RC-IGBT. Under these operating conditions, (considered an air-cooled heatsink with effective Rthc-s =16 K/W for the entire module and ambient temperature of around 40°C) the temperature of the case remains at around 85°C and the average junction temperature remains at around 92°C.

Figure 5 indicates the thermal performance of the module captured via a thermal camera.  This analysis was performed without any external heatsink. A combination of high operational efficiency and good thermal performance enables the inverter to achieve maximum output power from this MISOP module.

Along with the requirement for high efficiency, it is also necessary to ensure that the inverter is designed using a high-performance power module with regards to protection against irregular operation modes. The MISOP is provided with several integrated protection functions (please refer to Table 1). The device offers the possibility to implement short circuit protection via external shunt resistances, which can be connected to each of the open emitter pins.

Table 1. List of internal functionalities available in the MISOP

To avoid the risk of overheating during operation, there is a built-in overtemperature protection system (OT) and there is a possibility of monitoring the module temperature with an accurate linear analog voltage output signals (VOT), which could help to define the derating points to use the module with high power density.

The availability of the “interlock-protection” is an important implementation; this protection function prevents the simultaneous turn-on of both high side and low side switches (such a turn-on would lead to an arm-shot through a short circuit). In addition, there is a system to detect and indicate a failure in the control supply voltage. An unstable input to the control power supply can lead to undefined switching states and subsequently thermal run-away of power chips. A failure event in any of the low side switches would be indicated via the failure output, Fo signal (except for interlock function).

Indices such as the annual performance factor (APF) pertaining to efficiency have gained significance in recent years and have motivated the manufacturers of appliances such as small fans, pumps and other various appliances which require an output power in the range of 100W to consider power semiconductor devices that offer high operational efficiencies. Simultaneously, the demand for inverter size optimization has led to the demand for highly optimized power modules. On the other hand, such a compact power module must also be robust and offer high reliability.

The MISOP is designed to address the requirements of the small appliances sector. In addition to the availability of integrated functionalities (such as protection functions), the MISOP package allows for an easier, more efficient assembly process. Moreover, it must also be noted that the wiring scheme required for the MISOP would facilitate an easy PCB design.  Thanks to similar pin layout with Mitsubishi’s SLIMDIP module and the secured pin to pin isolation distance in accordance with isolation standard IEC60335-1.

Teruaki Nagahara works as an Application Engineer in Power Device Works Section B at Mitsubishi Electric, Fukuoka, Japan, a company that has been at the forefront of Japan’s technical ingenuity and product innovation from an electric fan for consumer use continued to create a long list of “firsts” and groundbreaking new technologies that have shaped its business fields all around the world.