Learn about the binary system employed in digital electronics.

Digital electronics, unlike analog electronics, do not handle the continuous voltage and current signals; Instead, it uses electrical signals that only have two possible conditions or states. Electronic engineers and students must understand the fundamentals of digital electronics fully.

There are two basic methods of representing the numerical values of the physical quantities we constantly handle.

One method, referred to as analog, assumes that the quantity can take any value in a specified continuous range between two expected extreme values.

Figure 1 shows an analog signal representing the amplitude of a human voice. 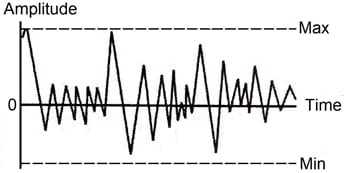 With the other method, denoted as digital, the signal can only take some pre-specified discrete values.

Unlike analog signals, the amplitude of a digital signal ideally varies abruptly between its possible discrete values, with no intermediate states or phases. Usually, binary numbers represent the values.

Figure 2 shows three digital signals where the signal can take only two different values (the Min and the Max values). Notice how the amplitude suddenly changes between the two states. 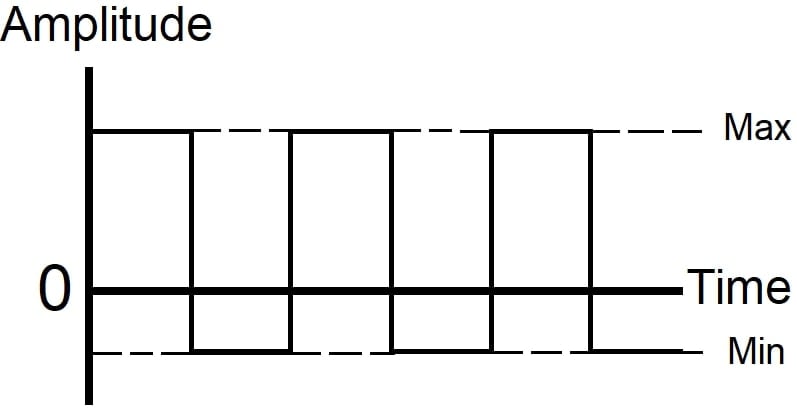 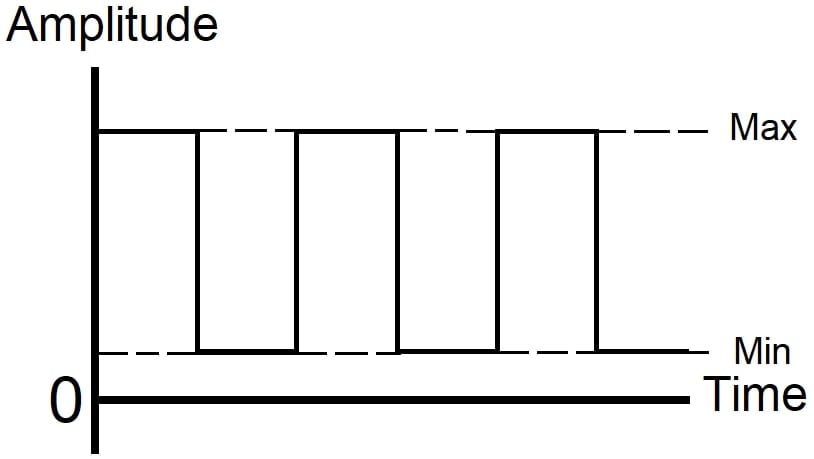 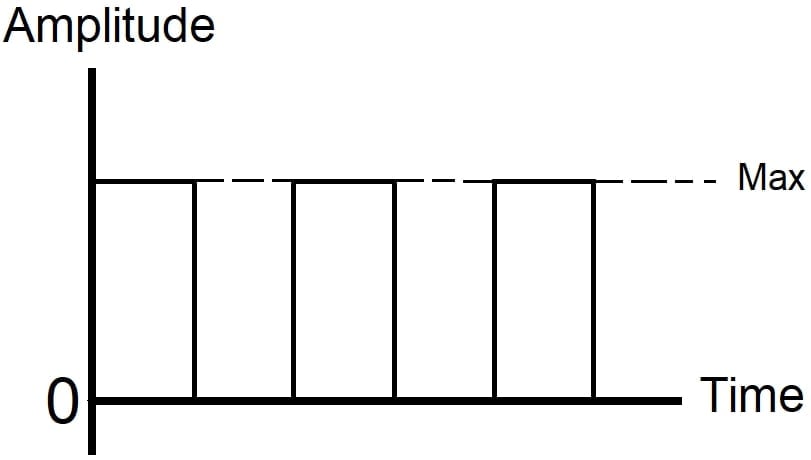 The study of number systems is essential to understand the representation of the data before processing them in any digital technique, including digital computers.

The advent of computers popularized the base 2 or binary system. A digital system functions in a binary way, employing devices that exist only in two states. A transistor can normally have only two states in a digital system: it is either ON or OFF.

Logic statements can be true or false. A voltage may be high or low.  A switch may be closed or open. A transistor may be on or off.

The best symbols for mathematically manipulating switching operations and logic functions are 0 (zero) and 1 (one).

The number of different digits or symbols used in a number system is the radix or base of the system.

The binary has two different digits, 0 and 1, and is a radix-2 or base 2 number system. A binary digit is a bit, a word that systems engineers translate into all languages. A group of bits creates a byte, word, or code.

In the binary system, the digits 0 and 1 should be multiplied by coefficients that are powers of 2 rather than 10 as in the decimal system.

In switching systems, it is crucial to understand the relationship between logic 1 and logic 0 and the polarities of the signal voltage. Any signal, positive or negative, can be assigned logic value 1 – but not both in the same system. If a positive voltage represents logic 1, the zero or negative voltages represent logic 0.

Many electrical and electronic circuits may generate digital signals. A light-emitting diode (LED), for example, has only two well-defined states of operation: on or off. Each of these two conditions may be associated with a logical state that may be 1 or 0, that is: 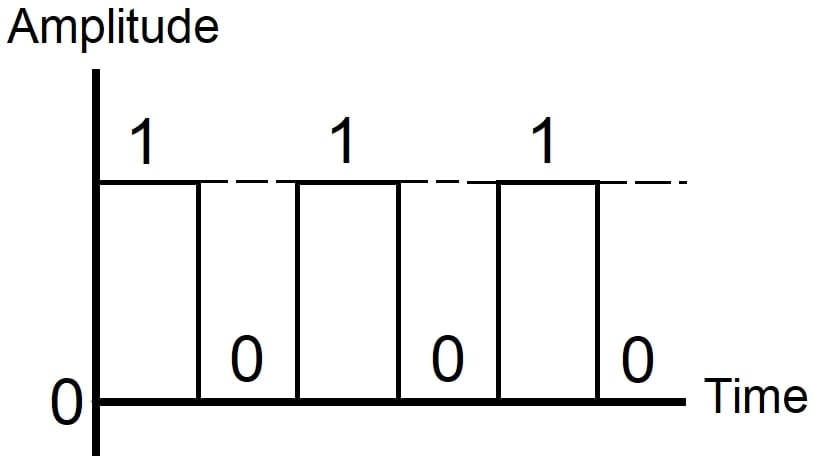 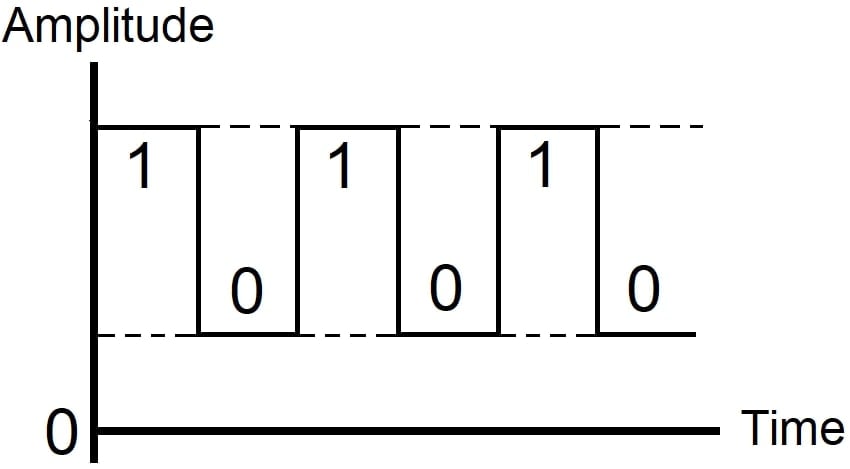 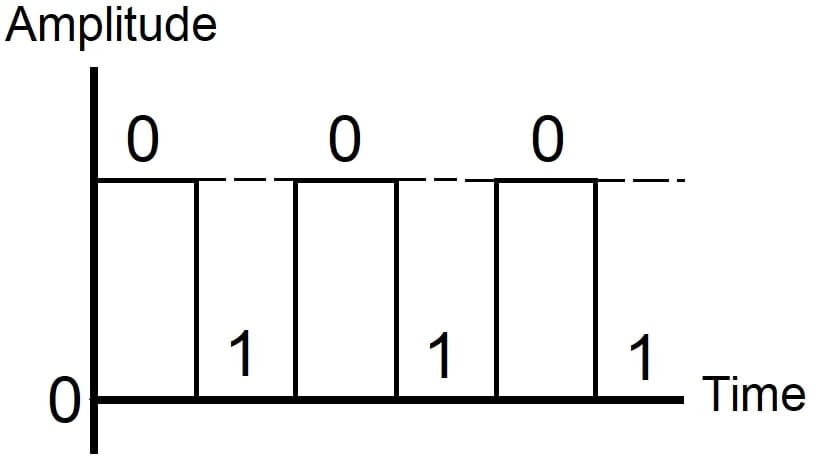 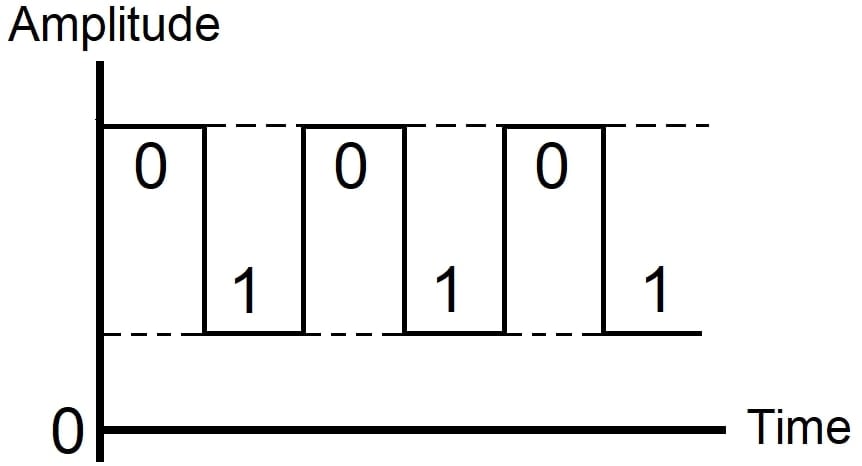 Digital computers, telephone, and industrial electronic control systems use complicated switching circuits to do their jobs economically and efficiently.

Considering a single switch, it has an off state and an on the state.

A combination of switches can be used to design sophisticated digital systems that are governed by “logical” orders. These systems allow us to turn on a given switch only after meeting specific conditions. These systems are usually so complicated that you cannot organize, design, and assemble it by mere observation or intuition.

Since numerous logical conditions must govern switching, the design and assembly of these systems require an orderly study that includes specific rules of logic. The best tool to design efficient switching systems and analyze their operation characteristics is the Boolean algebra, named after its creator, the English logician and mathematician George Boole (1815-1864).

Computers operate on the principles of Boolean algebra. Boolean algebra deals with the study of variables limited to only two values: one and zero. These values ​​correspond to the on and off states of an electrical or electronic circuit.

Various logic graphs and diagrams supplement Boolean algebra. Among them, we have the Karnaugh diagrams and the Venn diagrams. They provide a graphical representation of certain switching states and are of great value to produce effective switching systems.