What Is Wye And Delta?

What Is Wye And Delta? 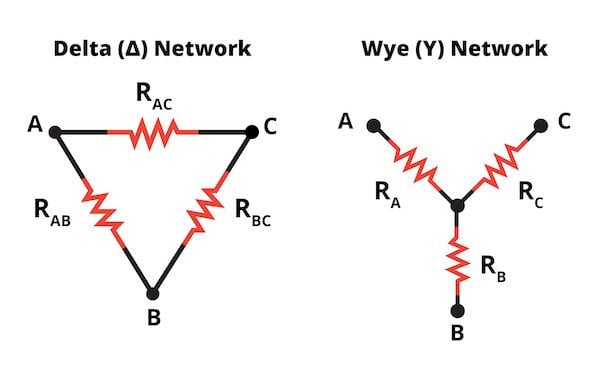 These two resistor configurations cannot be reduced to a single equivalent resistance. They are called delta and wye (or Y) networks, because of their shapes. They can also be arranged as pi (π) and T networks. It’s important to recognize that in terms of electrical behavior, the delta network is exactly the same as the pi network and the wye network is exactly the same as the T network; they are merely drawn differently. 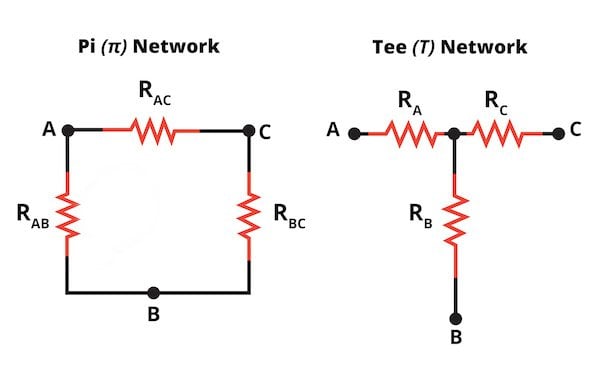 Figure 2. Pi and T networks (the names come from their appearance) are alternative ways of drawing delta and wye networks.

Delta and wye networks are used in conjunction with three-phase power (as you will see below, the delta configuration is also found in a bridge rectifier circuit). Most people are accustomed to the single-phase AC power that is delivered to homes, but three-phase AC is used extensively in distribution systems and for powering industrial equipment. It is called “three-phase” because it consists of three sinusoidal voltages; these voltages have the same amplitude and frequency, but they are 120° out of phase relative to one another.

A three-phase arrangement is more efficient compared to a single-phase implementation because the three-phase system can deliver more power relative to the weight of the conductors. Three-phase power is also advantageous because the amount of instantaneous power available from the system is constant. The instantaneous power delivered by single-phase AC varies according to the sinusoidal nature of the supply voltage, but with three-phase AC, the amplitude variations in one of the three voltages are balanced by the phase-shifted variations in the other two voltages.

Delta and wye configurations enable a circuit to present an equal, or balanced, load to all three phases. An important difference between the delta configuration and the wye configuration is the number of nodes: the delta has three (i.e., one node for each phase), and the wye has four. The fourth node in the wye network allows for the connection of a neutral wire. A neutral wire must be available if one of the phases is going to be used to power equipment that runs on single-phase AC. 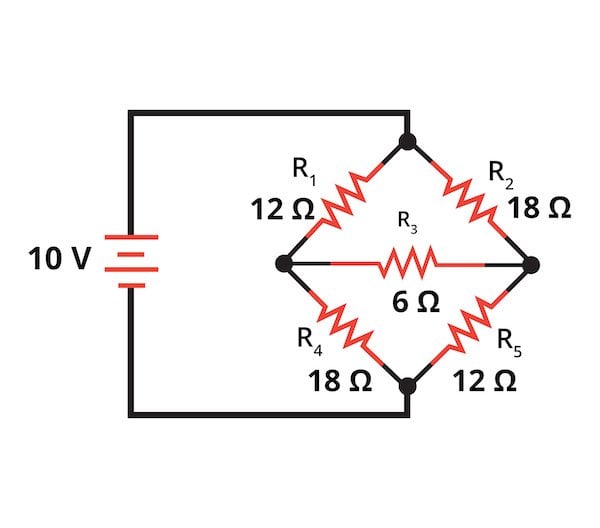 Looks pretty tough, but the astute reader will recognize R1, R2, and R3 as forming a delta configuration. Now, the fun begins!

First, let’s change the resistor labels so that we can directly use the conversion formulas. 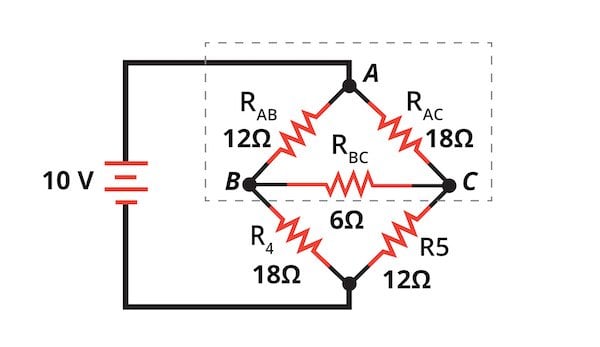 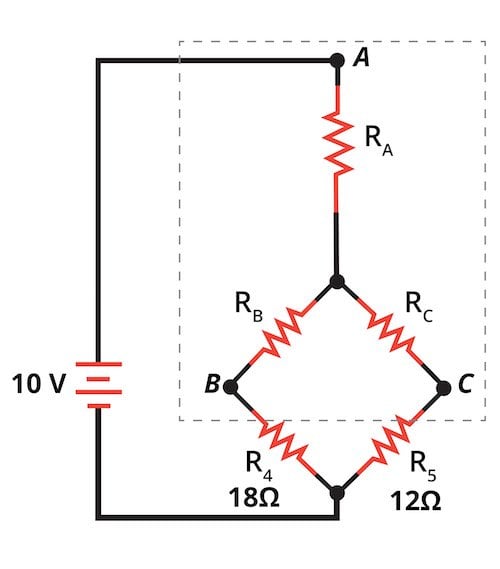 Using the formulas from the previous section, we can find RA, RB, and RC for our wye network. 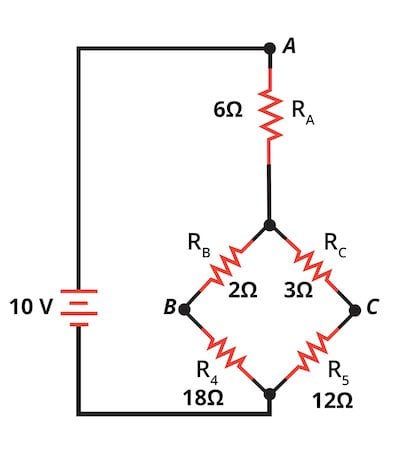 Figure 6. RA, RB, and RC for the wye network 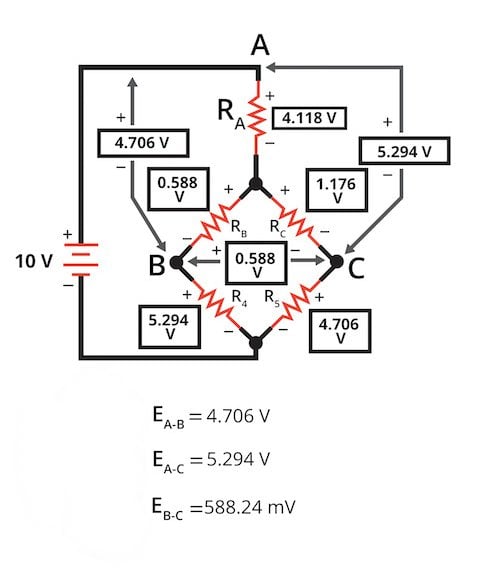 Now we can transfer these results to our original delta network, keeping in mind that equivalent networks will produce the same voltages at terminals A, B, and C. 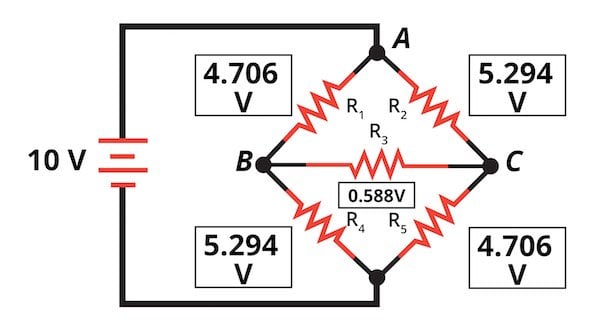 Figure 8. The voltage across each resistor

Figure 8 shows the voltage across each resistor, and now we can use Ohm’s law to find the current flowing through each resistor.

We discussed three-phase AC power and two circuit configurations—the delta network and the wye network—that are used in three-phase systems. We also looked at the role of delta–wye conversions in circuit analysis.

In the next page, we’ll explore electrical power in the context of AC voltages and currents.