“Electrical power became a necessity.” This phrase is proven true with natural disasters and conflicts occurring in unpredictable times and locations. Without power, most infrastructure from telecommunications to alarm and surveillance systems becomes unavailable. Also, most modern medical equipment and hospitals depend on electrical power. 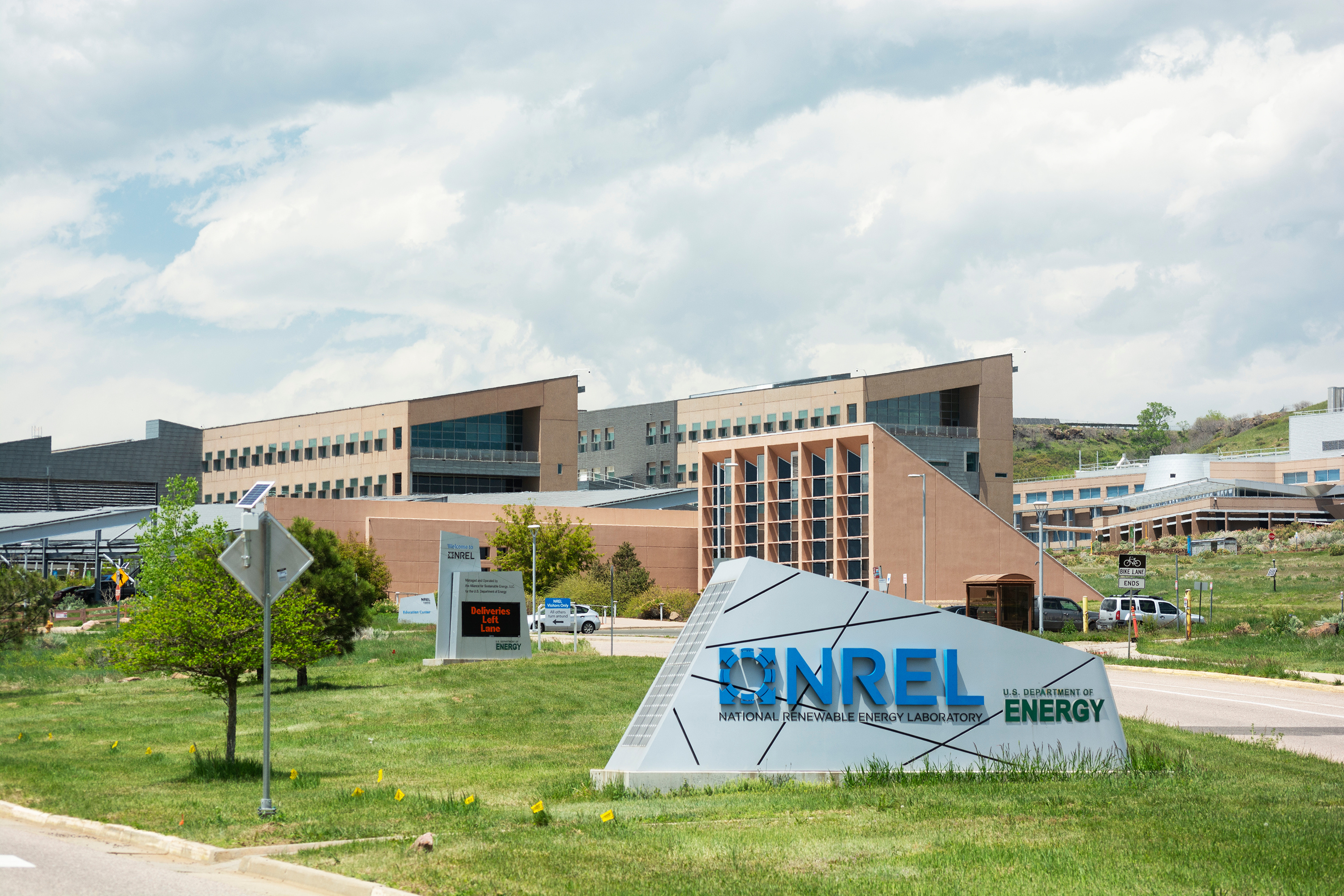 The National Renewable Energy Laboratory (NREL) and Idaho National Laboratory have been exploring solutions for this problem for the past four years. Wind energy has been proven to be the most successful source.

Wind Turbines Prove the Most Reliable

So the researchers took a different approach. Using renewable energy in those cases turns out to be efficient. The first choice was solar energy since photovoltaic modules are easy to transport and install. But solar energy depends on having sunshine as the source of energy, and in some cases, sunshine won’t be available.

The remaining transportable choice is power-generating wind turbines. Combined with an energy storage system (batteries, for example) and potentially an added capacity of photovoltaic modules, those systems turned out to be the most reliable in most cases.

The market assessment report for deployable wind turbines included several points. Energy estimates for international disaster reports, the availability of replacing diesel generators with wind turbines in military missions, and considerations of global wind energy resource and design considerations are some of the points discussed in the report. 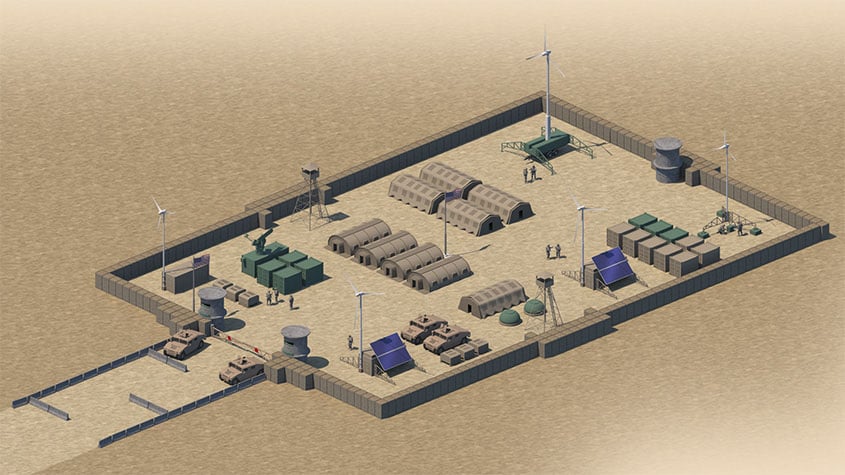 When conflicts or natural disasters strike, military and humanitarian organizations need fast, reliable power to respond. That is why Sandia National Laboratories is leading a multi-laboratory effort to explore how and when wind turbines could provide that critical energy. Image used courtesy of NREL

The second example is Uprise Energy’s trail-mounted system. The system includes a 10 kW wind turbine that rises using a telescopic tower and fits into a 20-foot container.

The third is a 30 kW system under development by Bergey Windpower. This system includes two wind turbines shipped in a 40-foot container.

The guidelines report also includes an overturning analysis for the 20- and 40-foot containers used as foundations for the deployable wind turbine systems. 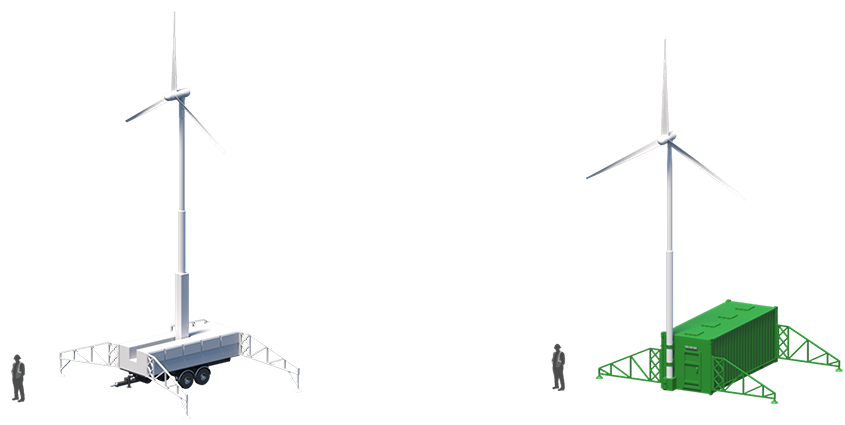 For an even faster setup, deployable wind turbines could use their shipping containers as a foundation. Image used courtesy of NREL

The major incentive for releasing the guidelines and working on the research is pre-planning for upcoming conflicts and disasters where these technologies should be ready, tested, and reliable in scenarios when people's lives are at risk. The guidelines were put in to ensure that solution providers develop efficient systems using an adapted common reference.

Trials in the Arctic and Alaska are being planned, and those trials will be used as a fuel-save technology for communities in those areas.

The project was funded by the U.S. Department of Energy’s Wind Energy Technologies Office.