Researchers at Sandia National Laboratories have designed an all-liquid sodium battery that could operate at a lower temperature than its predecessors. The cell is designed of a molten sodium anode. The cathode consists of a mixture of sodium iodide and gallium chloride. To separate the anode from the cathode the researchers used two polymeric O-rings and an electrolyte separator called NaSICON.

“In our system, unlike a lithium-ion battery, everything is liquid on the two sides,” said Erik Spoerke, a materials scientist who has been working on molten sodium batteries for more than a decade. “That means we don’t have to deal with issues like the material undergoing complex phase changes or falling apart; it’s all liquid. Basically, these liquid-based batteries don’t have as limited a lifetime as many other batteries.” 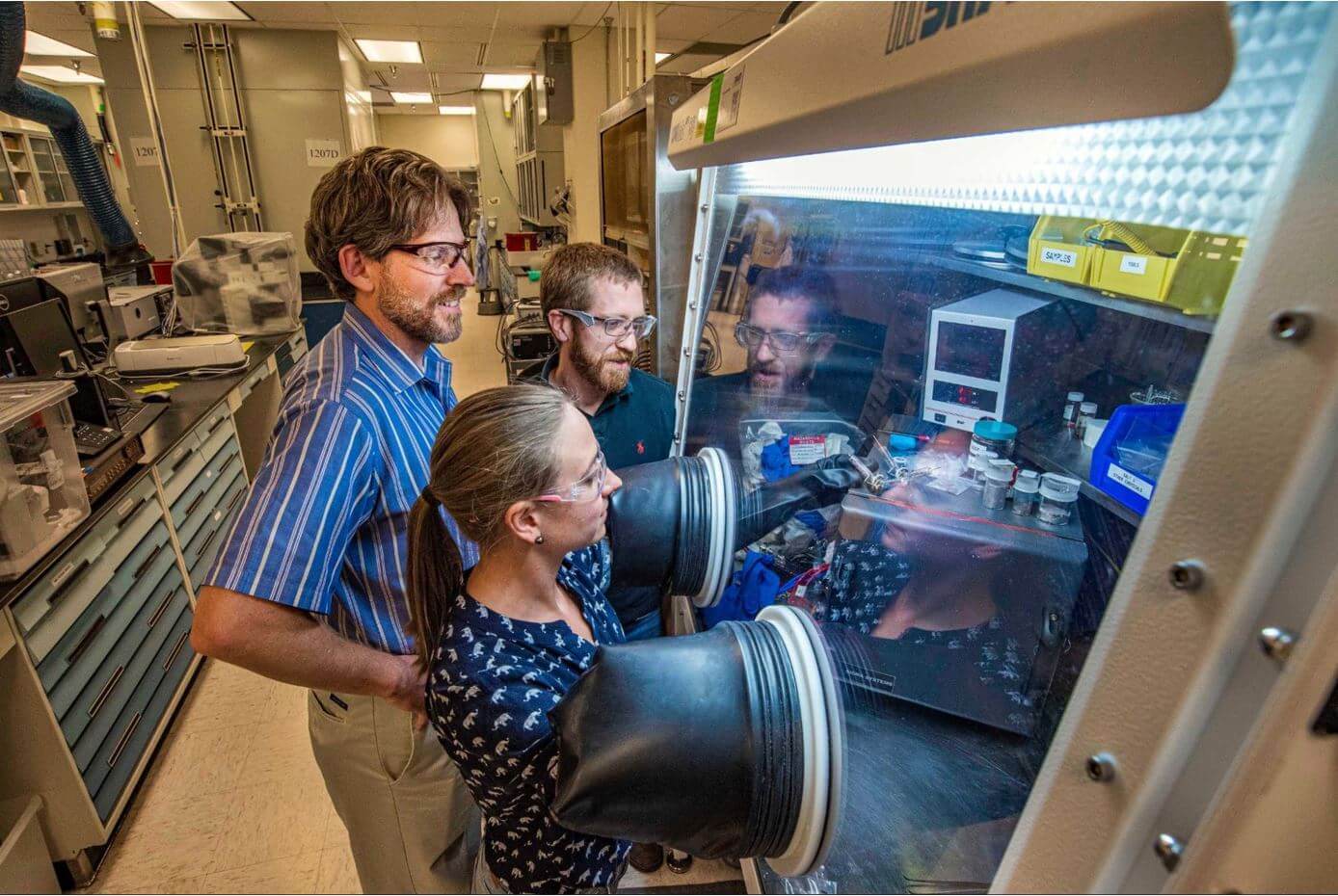 In the case of large-scale energy disruptions, Sodium-Iodide batteries could be used. After using the batteries, they are cooled down. After the disruption ends, the batteries are warmed again and recharged without having a costly operation. The battery’s chemistry is special since through this operation the battery doesn’t have an internal chemical degradation.

Having the battery operate at 110 °C, major financial and technical problems are overcome. The less the operating temperature means less wiring thickness, and less heat insulation materials used. Moreover, in case of an error in the battery, the battery doesn’t burn as other batteries do. Even if the battery catches fire from the surroundings, it might fail or crack, but it won’t act as fuel to the fire.

The researchers were able to operate the battery at 3.65 volts, the commercial Sodium-Sulfur cells usually operate at 2.1 to 2.2 volts. With this increase in the operating voltage, the number of cells used is less therefore the number of cell connections is less, therefore a lower cost per charge capacity is assured.

“We were really excited about how much energy we could potentially cram into the system because of the new catholyte we’re reporting in this paper,” Gross said. “Molten sodium batteries have existed for decades, and they’re all over the globe, but no one ever talks about them. So, being able to lower the temperature and come back with some numbers and say, ‘this is a really, really viable system’ is pretty neat.”

The researchers are also cutting through some non-technical challenges which are the only remaining challenges to get the battery to market.

Enhancing the charging time and the charging capacity of the battery is another work the researchers are trying to accomplish.

This research was supported by the Department of Energy’s Office of Electricity Energy Storage Program.