Backed by Bill Gates and other high-profile investors, Ambri plans to use the new funding to commercialize its long-duration battery system and build a high-volume manufacturing facility.

Massachusetts battery startup Ambri recently raised $144 million from a mix of high-profile investors to take its liquid metal battery and energy storage system to the market and build a high-volume manufacturing facility. 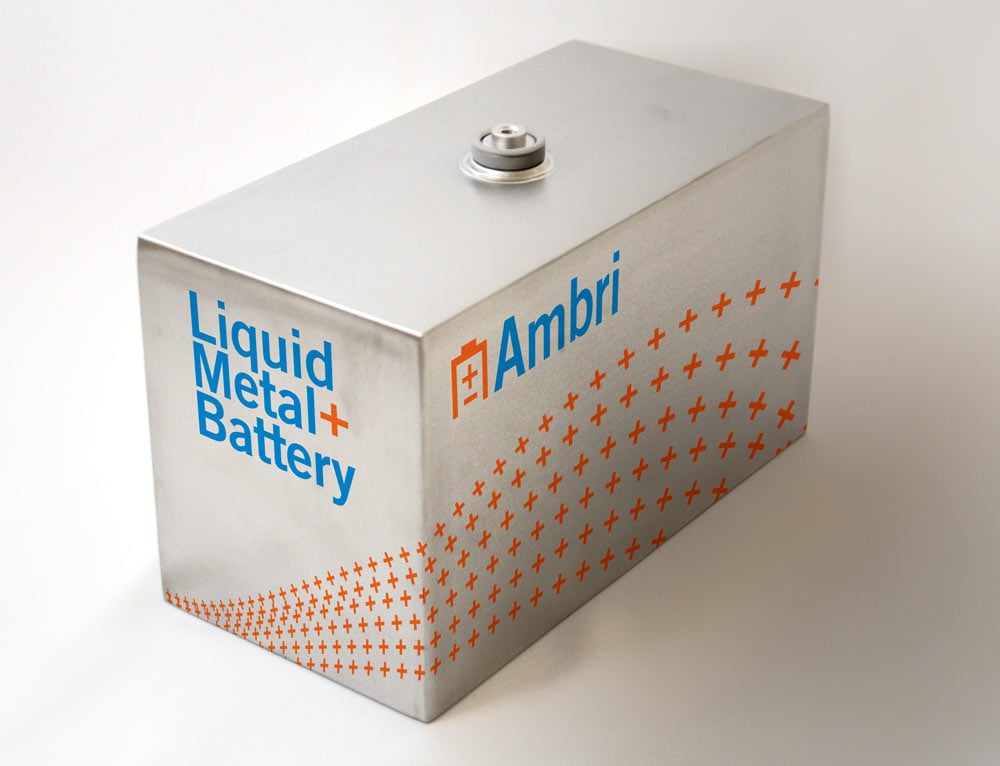 Ambri also signed a long-term supply agreement with Paulson & Co. backed natural resource firm Perpetua Resources, which will provide antimony from its Stibnite Gold Project in central Idaho. With antimony being a key mineral within Ambri’s battery system, the agreement would help to secure a domestic source for its supply chain, the announcement said.

In announcing the fundraise, Ambri said it would manufacture calcium and antimony electrode-based cells and containerized systems that are lower cost than lithium-ion batteries, operate in any climatic environment, and last over 20 years with little degradation. As it secures large-scale project customers, the company expects commercial operations to kick off in 2023.

Ambri was founded in 2010 as a spinout of the Massachusetts Institute for Technology’s Deshpande Center for Technological Innovation, starting with a 2007 project to build a high-amperage energy storage device. The company has since raised over $211 million through five funding rounds, according to Crunchbase data. Gates was an early investor, joining its first Series A round in 2011.