onsemi, which recently rebranded from ON Semiconductor and unveiled its net-zero emissions plan, says it plans to expand GTAT’s research and development to advance 150mm and 200mm SiC crystal growth technology. It will also invest in the broader SiC supply chain, including building capacity and packaging at its wafer fabrication facilities. 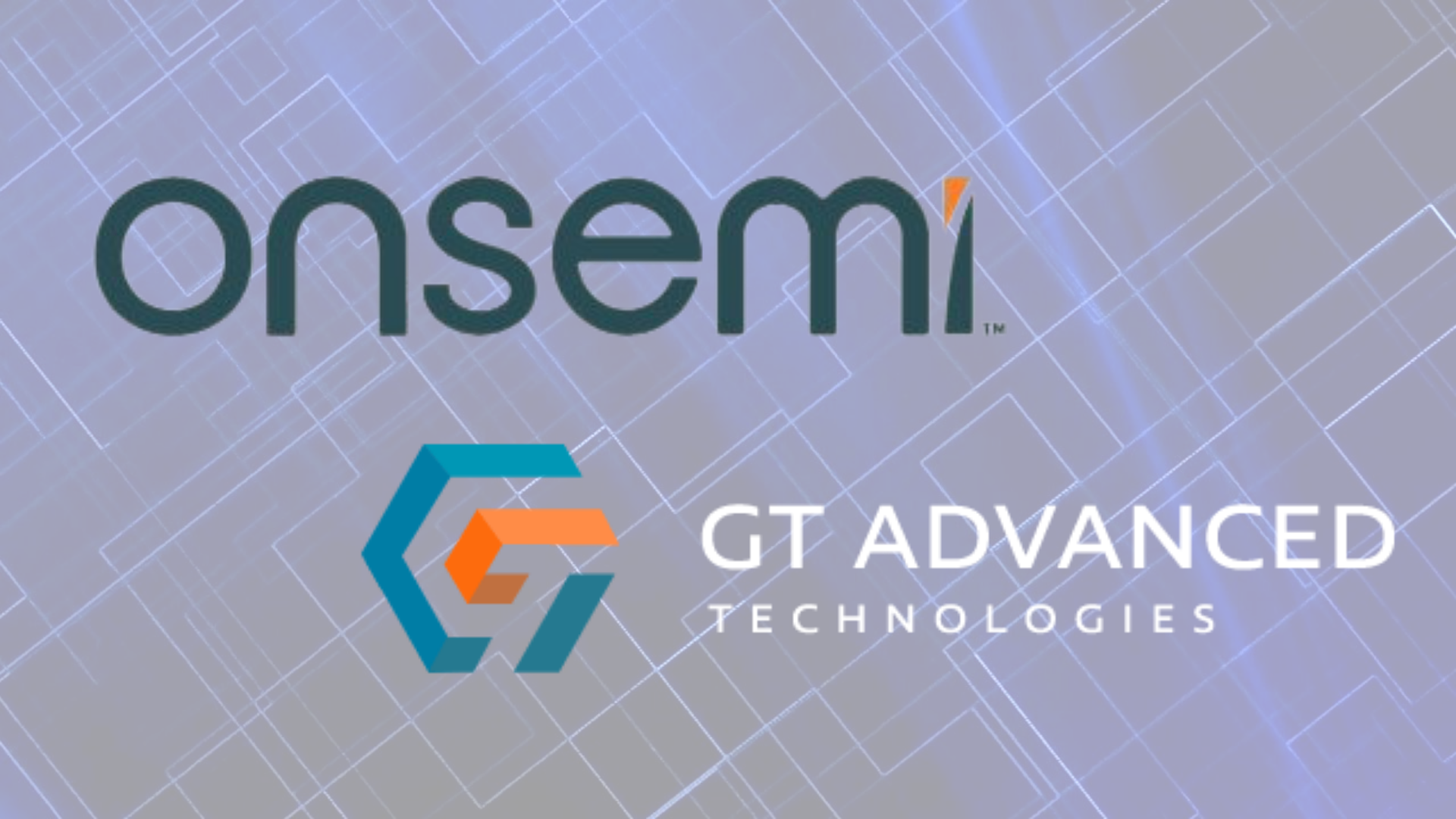 Logos in image courtesy of onsemi and GT Advanced Technologies.

“We are focused on deepening our leadership and innovation in game-changing technologies that support the automotive and industrial sectors, and GTAT brings outstanding technical capabilities and expertise in developing wafering-ready silicon carbide, which we intend to accelerate and expand to better empower customers in our high-growth end markets,” Onsemi President and CEO Hassane El-Khoury stated.

An investor presentation about the deal notes that onsemi partnered with GTAT on a SiC boule supply deal in March 2020. onsemi pointed to GTAT’s crystal development R&D capabilities, scalable SiC technology, and relationships with key customers. GTAT has supply agreements with several leading power electronics and photonics firms, including Infineon Technologies, ON Semiconductor, and GlobalWafers.

GTAT was founded in the 1990s and debuted its first silicon carbide sublimation furnace in 2000. Then focused on the equipment market, the company became embroiled in a years-long legal battle in 2014 when a sapphire supply deal with Apple shuttered after it failed to meet Apple’s production demands. GTAT then filed for Chapter 11 bankruptcy, sending its market cap tanking from $1.5 billion to about $175 million between a Friday and Monday in early-October 2014. In 2019, Apple agreed to pay $3.5 million to settle a class-action lawsuit from GTAT investors, who lost more than $1 billion over the event.

GTAT emerged from bankruptcy and pivoted from equipment to advanced materials, introducing its flagship wafering-ready CrystX 150mm SiC product. With a SiC manufacturing plant at its headquarters in Hudson, the company touts technology and processes that make the material more affordable and available in higher volumes.

In a statement, GTAT President and CEO Greg Knight said that onsemi is “strategically positioned to scale our capabilities, providing the resources and platform to maximize the potential of our cutting-edge production techniques and ensure we remain on the forefront of advanced crystalline growth.”

The deal is expected to close in the first half of next year, pending regulatory approvals.