The funding will be used to market the company's new electric motor, the Hunstable Electric Turbine (HET), across the electric vehicle industry as well as the micro-mobility (scooters), robotics, wind turbine and heating, ventilation and air conditioning industries.

"We're thrilled to be investing in Linear Labs, which has applications that can impact nearly everything taxing our global needs," said Peter Pham, co-founder of Science Inc. "The Linear Labs HET motor has variable speed and twice the torque while using less voltage, which means it can help electric cars have better range and reduced productions costs, power electric scooters to go up hills and have longer battery life, and switch ACs to single stage motors that shut on and off to hold a temperature. We're excited to see what they accomplish next." 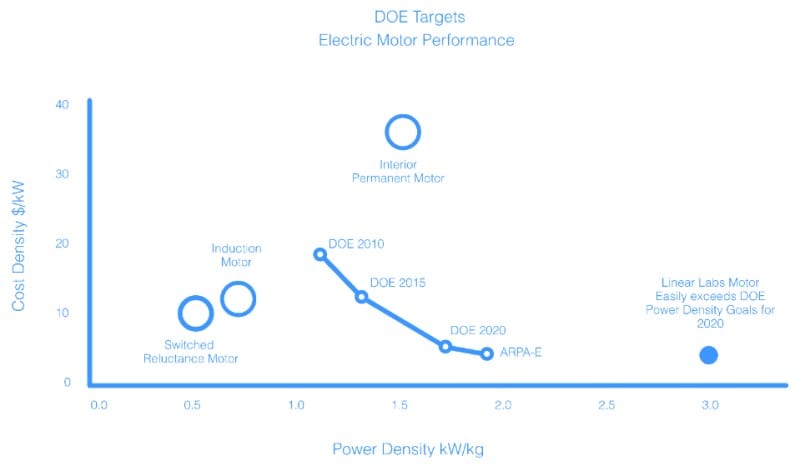 "This investment showcases the confidence these tech luminaries have in Linear Labs as we go to market with the first major innovation in electric motors in 120 years," said Brad Hunstable, CEO of Linear Labs. "Automotive manufacturers are already looking at HET technology as the solution to size, weight and range constraints. With 45 percent of worldwide electricity consumption passing through an electric motor, the number of industries this technology could impact are endless."

Linear Labs' HET is an entirely new class of motor that uses multiple rotors in ways never before devised and that have the ability to adapt to conditions while in motion. The architecture results in a far greater magnetic flux density by several factors over existing commercial electric motors and generators. Compared to the top permanent magnet motor on the market, it produces two times the torque density, three times the power density, two times the output per given motor size and minimum 10 percent more range.

The HET is designed for mobility applications to include electric vehicles, offering unprecedented levels of torque that remove the need for a gearbox, reducing manufacturers' production costs and increasing efficiency throughout the speed range. Linear Labs currently has 50 filed patents, 21 of which are issued with 29 patents pending. 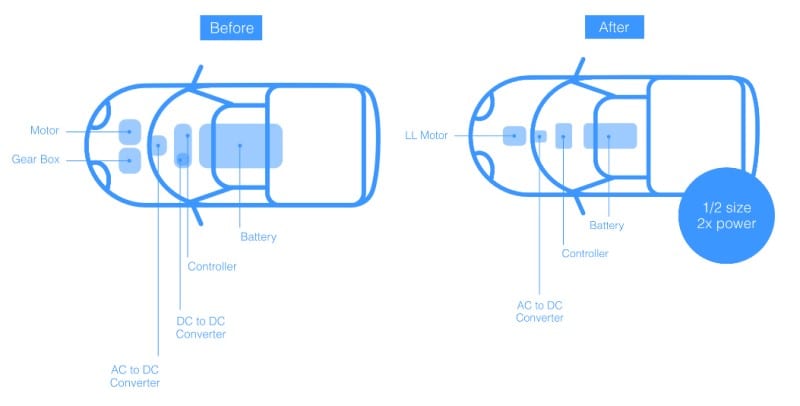 According to Linear Labs, the technology is not only a platform technology because of its scalability and applicability to any electric motor, generator, or actuator and the respective markets, but it is disruptive to the existing technology due to its significantly higher output performance and improved efficiencies over its full operating envelope. This technology can be built using existing standard manufacturing methods and practices. The design of these machines does not result in higher costs when compared to their commercial counterparts.

World-renowned motor expert Dr. Babak Fahimi, founding director of the Renewable Energy and Vehicular Technology (REVT) Laboratory at the University of Texas at Dallas, stated, "This is a major accomplishment by an electric motor which supersedes other commercially available electric propulsion units. I strongly believe that the deployment and commercialization of the HET will result in substantial leaps in terms of energy savings, reliability enhancement, and low-cost manufacturing."

Linear Labs was founded in 2014 in Texas by Brad and Fred Hunstable. Brad Hunstable is former CEO and Founder of Ustream, a pioneering live-video streaming service that sold to IBM in 2016 for $150 million. Fred Hunstable is an expert in electrical engineering and nuclear power, who led Ebasco and Walker Engineering's efforts in designing, upgrading and completing electrical infrastructure, environmental and enterprise projects as well as safety and commercial grade evaluation programs.

Brad and Fred Hunstable invented the HET while working to design a device capable of pumping clean water and providing power for small communities in underdeveloped regions of the world. Numerous discoveries morphed into a revolutionary new electric motor.

"The holy grail in electric motors has always been high torque and no gearbox, and the HET achieves both in a smaller, lighter and more efficient package that is more powerful than traditional motors," said Fred Hunstable, CTO of Linear Labs.

Headquartered in Fort Worth, Texas, Linear Labs has made recent additions to its leadership team including President John Curry, coming from KLA-Tencor and NanoPhotonics, and Vice President Jon Hurry, who brings expertise as a technical representative for both Tesla and Faraday Future and has 25 years of automotive experience.