Less May be More in Next-Generation Batteries

Less May be More in Next-Generation Batteries

The process of developing better rechargeable batteries may be cloudy, but there’s an alumina lining. A slim layer of the metal oxide applied to common cathodes by engineers at Rice University’s Brown School of Engineering revealed new phenomena that could lead to batteries that are better geared toward electric cars and more robust off-grid energy storage.

The study in the American Chemical Society’s ACS Applied Energy Materials describes a previously unknown mechanism by which lithium gets trapped in batteries, thus limiting the number of times it can be charged and discharged at full power. As illustrated above, Rice University engineers built lithium-ion batteries with silicon anodes and an alumina layer to protect cathodes from degrading. (Illustration courtesy of the Biswal Lab)

But that characteristic does not dampen hopes that in some situations, such batteries could be just right.

The Rice lab of chemical and biomolecular engineer Sibani Lisa Biswal found a sweet spot in the batteries that, by not maxing out their storage capacity, could provide steady and stable cycling for applications that need it. 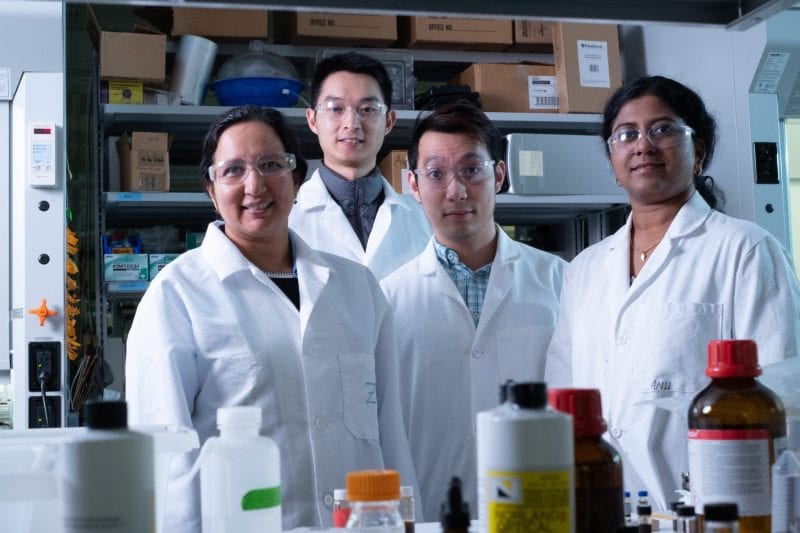 Biswal said conventional lithium-ion batteries utilize graphite-based anodes that have a capacity of less than 400 milliamp hours per gram (mAh/g), but silicon anodes have potentially 10 times that capacity. That comes with a downside: Silicon expands as it alloys with lithium, stressing the anode. By making the silicon porous and limiting its capacity to 1,000mAh/g, the team’s test batteries provided stable cycling with still-excellent capacity.

“Maximum capacity puts a lot of stress on the material, so this is a strategy to get capacity without the same degree of stress,” Biswal said. “1,000 milliamp hours per gram is still a big jump.”

Some cathodes had a 3-nanometer layer of alumina (applied via atomic layer deposition), and some did not. Those with the alumina coating protected the cathode from breaking down in the presence of hydrofluoric acid, which forms if even minute amounts of water invade the liquid electrolyte. Testing showed the alumina also accelerated the battery’s charging speed, reducing the number of times it can be charged and discharged.

There appears to be extensive trapping as a result of the fast lithium transport through alumina, Haridas said. The researchers already knew of possible ways silicon anodes trap lithium, making it unavailable to power devices, but she said this is the first report of the alumina itself absorbing lithium until saturated. At that point, she said, the layer becomes a catalyst for fast transport to and from the cathode.

“This lithium-trapping mechanism effectively protects the cathode by helping maintain a stable capacity and energy density for the full cells,” Haridas said.

Co-authors are Rice graduate students Quan Anh Nguyen and Botao Farren Song, and Rachel Blaser, a research and development engineer at Ford Motor Co. Biswal is a professor of chemical and biomolecular engineering and of materials science and nanoengineering.