Largest of its Kind Wind Farm Kicks off Operations in Oklahoma

Largest of its Kind Wind Farm Kicks off Operations in Oklahoma

Oklahoma’s Traverse Wind Energy Center is the largest single wind farm built at one time in North America, and one of the largest facilities in the world. 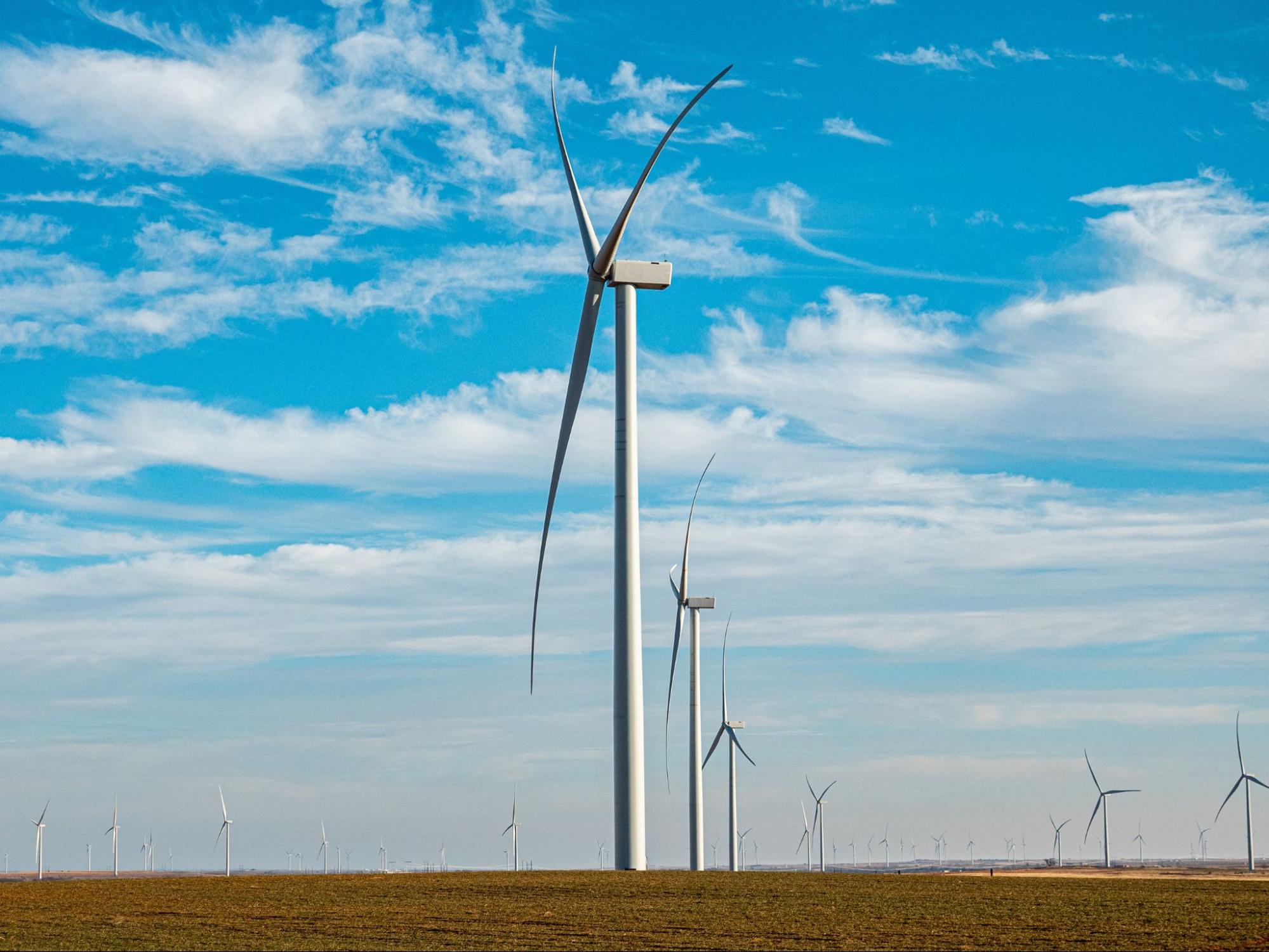 The farm is expected to provide 3.8 million megawatt-hours of power every year to customers spanning Oklahoma, Arkansas and Louisiana.

Behind the project is Ohio-based energy provider AEP, which claims a sizable share of the electricity market and netted $16.8 billion in revenue last year. With a clean energy portfolio currently generating over 7.1 GW in electricity, AEP plans to further cement its market share with a 50% increase in renewable capacity before 2030. The North Central Energy facilities are under the ownership of AEP subsidiaries Public Service Company of Oklahoma and Southwestern Electric Power Company.

AEP says that its North Central projects translate to a $2 billion investment, and will create 14,300 new jobs through their first five years, in addition to hundreds of millions in property tax revenue and lease payments throughout the facilities’ 30-year lifespan.

AEP filed its first regulatory applications to purchase the wind facilities in July 2019. In presenting the transaction to its investors, the company outlined the investment sums for the trio: $1.2 billion for Traverse, $402 million for Maverick and $307 million for Sundance. 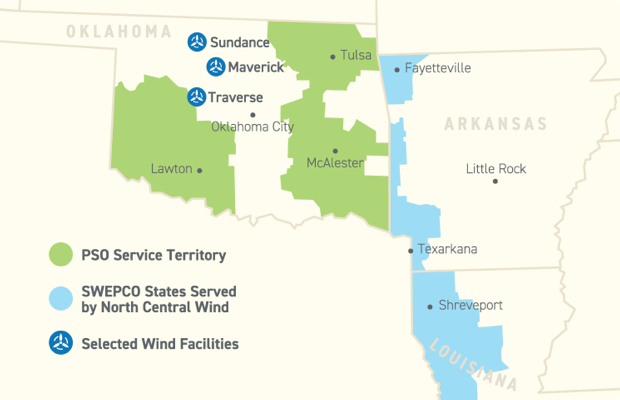 In its release announcing the Traverse Wind Energy Center opening, AEP President and CEO Nicholas Akins termed the completion of the facilities “a significant milestone” in the company’s clean energy efforts. Moving forward, it plans to add 16 GW of wind and solar power across several states by 2030.

“AEP is investing $8.2 billion in regulated renewables and nearly $25 billion in the transmission and distribution systems through 2026 to modernize the grid, enhance reliability and resilience and deliver more emissions-free energy to our customers,” Akins said.

Though the Traverse project is one of the largest onshore wind farms globally, it’s part of a growing network of competitors.

Per the Northwest Renewable Power Institute, the world’s largest onshore wind farms to date are China’s 20 GW Gansu Wind Farm and California’s 1,548 MW Alta Wind Energy Center—both launched in the early-2010s. According to the Department of Energy’s 2021 Land-Based Wind Market Report, a record 16,836 MW of new utility-scale land-based wind power capacity was added to the U.S. power grid in 2020, representing $24.6 billion in investments.

Wind farm development continues to gain traction across the U.S., especially in the midwest; Oklahoma, Iowa and Texas currently generate the most utility-scale wind electricity nationwide, with over 160 billion kilowatt-hours combined.