Chakratec and Wien Energie launched what the company claims to be the world's first kinetic powered EV charging station at the Vienna international airport. The project, said to be the first of its kind, comes after a successful pilot that was held at Wien Energie's premises during 2018. The system is at the "arrival's" parking lot and will begin serving EV drivers this month.

"We are proud to be boosting e-mobility together with leading partners such as Wien Energie and the Vienna airport. Our system provides unlimited number of charging cycles, and is sustainable - both economically and environmentally. This system marks the first in a row of a series of systems planned to be rolled out with our Austrian partners which was one of our first believers and early adopters," says Nir Zohar, Chakratec's Co-founder and VP Biz Dev, Sales and Delivery.

Chakratec provides what the company describes as optimal solution for the EV charging eco-system. Its EV charging solution circumvents the issue of insufficient power in the grid at locations where fast charging is demanded.

You may also like: NEVS/Evergrande acquires In-Wheel Motor Technology

The solution stores electricity as kinetic energy in a fast-rotating flywheel. This multi-patented technology offers two distinct advantages. It offers virtually unlimited high-power charge and discharge cycles (more than 200,000) without degradation over the full system lifetime of 20 years. Also, its use of a mechanical flywheel makes the system green and reusable as opposed to toxic and polluting chemical batteries. 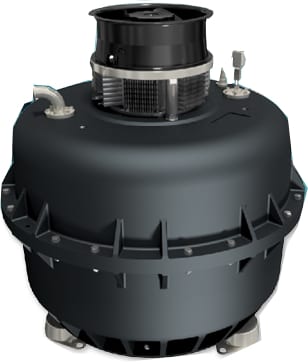 Chakratec says its Kinetic Power Booster (KPB) based on the company's unique and patented Kinetic Energy Storage system enables the installation of fast and ultra-fast EV charging stations anywhere, including locations with a weak electrical grid.

In 2016, the collaboration between the two companies began at an innovation challenge held by Wien Energie. Chakratec has won. Followed by discussions with Wien Energie executives, and aided by useful advice from the Global Incubator Network (GIN). The development effort benefited from additional awards from NREL Industrial Growth Forum in the USA and Wiener Stadtwerke.