Ilika reported that it increased the energy density of its thin-film batteries by 10x since the launch of its first product, the Stereax® M250 in Spring 2016. The increased energy density resulted from improvements in Ilika's processing methods.

According to the Ilika, this energy density improvement makes Stereax the most competitive, energy-dense technology for miniature solid-state batteries used in IoT applications such as industrial sensors, automotive, smart homes, and cities as well as medical technology.

The launch, on 10th April 2019, of the company's Stereax M50 mm-scale solid-state batteries for medical technology was Ilika's first product made using photolithography. This marked the company's move away from the use of contact masks, which were deployed to produce earlier Stereax products.

Illika points out that photolithography has the advantage over contact masks of being able to optimize the amount of battery-active materials over the footprint and volume of the batteries and minimize the proportion of inactive materials such as contact pads. 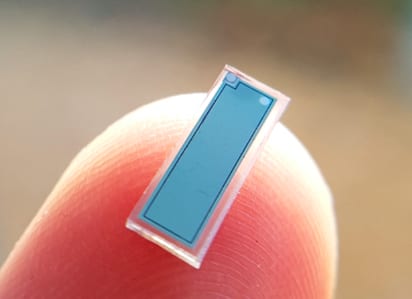 A second technical milestone was the company's deployment of wafer thinning, another commonly used technique in the semiconductor industry. With a current wafer thickness of 100 microns, this wafer-thinning back-end processing technique now yields thin solid-state batteries with a minimal amount of inactive yet mechanically-necessary wafer material. The result is increased energy density of the battery.

Finally, Ilika successfully doubled the amount of cathode material per footprint (the electrical charge reservoir), without de-rating the other battery specifications significantly.

All three technological innovations have led to a 10-fold increase in the amount of energy that can be stored in the minimal volume of the Stereax batteries.

Ilika says that this progress is key to the commercialization of solid-state batteries in medical technology and IoT markets where latest trends require, at the same time, less volume (to enable increasingly smaller devices) but also more energy. Increased energy output can yield more functionality and can support longer range communication protocols such as LoRaWAN and NB-IoT, as well as enable shorter recharging time and longer life. 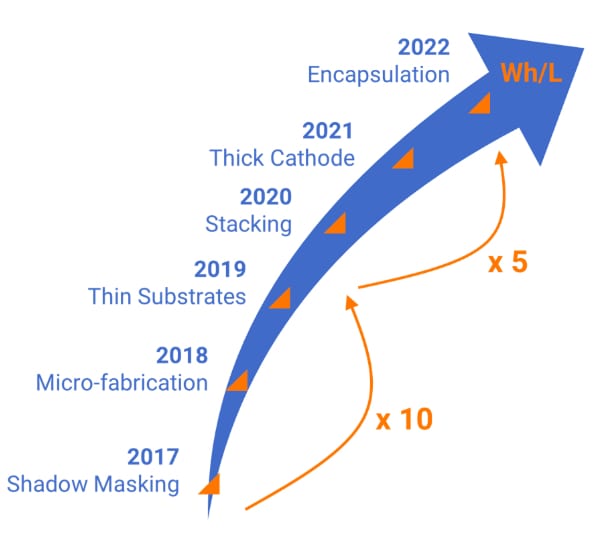 In the next three years, Ilika plans to deploy other semiconductor manufacturing technologies, such as wafer stacking and using thinner wafer materials to target a further five-fold increase in energy density values. According to Illika, this additional improvement would enable the company's solid-state battery technology to compete favorably against coin cells or cylindrical batteries.

"The continuous development of Ilika's solid-state battery technology and the deployment of state-of-the-art techniques used in the semiconductor industry will enable a larger range of MedTech and IoT applications to be powered by solid-state batteries," Graeme Purdy, CEO of Ilika, said.