Transphorm Inc. confirmed that its GaN FETs are used in CORSAIR's new AX1600i power supply unit (PSU). CORSAIR supplies the gaming community with high-performance products used in custom PCs. The company's latest product establishes a new class of ac-dc PSUs, as it is the first to use GaN and achieves 99 percent efficiency. Transphorm's GaN increases the PSU's power output by 6.5 percent in an 11 percent smaller package at the same temperature.

"Our objective was to take an already award-winning PSU and make it better," explained Jon Gerow, PSU R&D Manager, CORSAIR. "We aimed to maximize output from any PC running on a 115V mains. To do this was, we had to adopt innovative methods and materials.

"Transphorm's GaN ultimately gave us the boost in performance, efficiency and size we wanted along with the high quality and reliability we needed to confidently release the AX1600i to our customers," Gerow continued.

After researching market-available GaN devices, CORSAIR chose Transphorm's FETs as they enabled the AX1600i to deliver new benchmarks compared to the previous AX1500i:

CORSAIR noted that Transphorm's packaging also played a role in its selection process. The TPH3205WS comes in a commonly used TO-247 package, reducing some design complexity.

"CORSAIR's brand is built on products that give our customers a competitive edge, inside and outside of the gaming PC. And, Transphorm's GaN presented an invaluable opportunity to advance the PSU—to make it smaller, quieter, cooler, and, most importantly, more powerful," added Gerow.

Regarding the AX1600i project, Transphorm supported CORSAIR during both the prototyping and the design validation testing phases. CORSAIR tapped Transphorm's teams on the ground in both Shenzhen, China, and California, U.S. 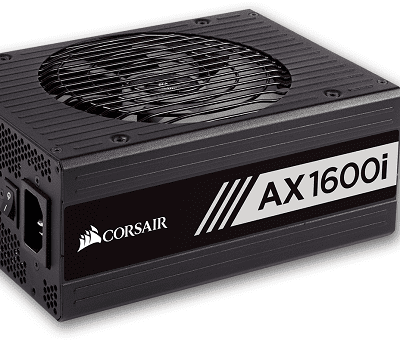