From Graphene Composites to Wireless Sensors and EV Batteries

From Graphene Composites to Wireless Sensors and EV Batteries

Lyten introduces a Lithium-Sulfur (Li-S) battery for electric vehicles (EVs) and looks to steal the limelight away from lithium-ion batteries with promising full-battery recharge in under 20 minutes.

Lyten was founded in 2015 and it was based on the development of three-dimensional graphene targeting various applications that required high energy density batteries. Lyten’s 3D graphene are robust, lightweight, and offer efficient thermal and electrical properties in comparison to lithium-ion batteries. 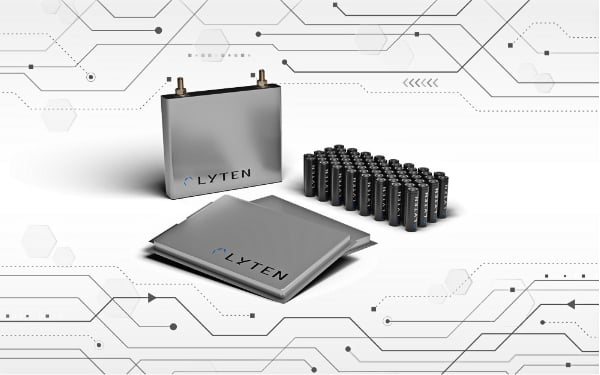 Then in 2019, Lyten built on its patented graphene composite for breakthrough wireless sensors for industrial, health, and safety applications. Graphene allowed these sensors to increase in density for improved sensitivity with sensing arrays that allow for multiple inputs to be monitored simultaneously. Lyten knew this was only the beginning, after spending time evolving its’ 3D graphene structure, Lyten announced a new Li-S battery that integrates 3D graphene to create a new battery architecture that can compete against conventional solid-state technologies used in EV systems.

Looking at EV specifically, what can be changed to improve EV battery when it comes to driving range? Well, quickly evaluating conventional battery structures, cathodes that are composed of Nickel, Manganese, and Cobalt can be replaced with Sulfur in order of greater capacity during discharge. Now add lithium and Lyten’s 3D graphene to alter the overall architecture of the battery and get a higher energy density which extends the range the battery is capable of. The abundance of Sulfur on Earth and the low design cost makes it an attractive choice for automotive manufacturers.

Dan Cook, the CEO and co-Founder of Lyten shared how from the start their mission has been to target EVs. “We have begun a generational transformation from internal combustion engines to BEV’s. We’re confident that Lyten’s breakthrough battery platform will accelerate the mass consumer adoption of electric vehicle ownership due to the performance, range, and safety improvements of our LytCell EV batteries.”

Could Li-S be the Ultimate EV Battery?

With all this being said about Lyten’s innovative new battery platform, why hasn’t it taken over completely? The main hurdle that has caused more research and testing for Lyten is polysulfide shuttle. The polysulfide shuttle effect is basically when there is an irreversible loss of sulfur and a rapid capacity fading occurs. Losing sulfur is detrimental to the entire architecture of the Li-S battery, which is why this challenge has delayed Lyten from becoming the face of EV battery designs. This also creates a limit on Li-S’ battery life to under 100 cycles which is 300 cycles less than what lithium-ion provides.

The good news is Lyten is back in the lab and hopes to erase the possibility of polysulfide shuttle effect reaching a LytCell prototype design that carried out 1,400 cycles. Another positive quality that will help Lyten sway manufacturers towards switching to Li-S batteries is that these batteries can be produced as cylindrical, pouch, and prismatic sizes. This adds another level of design flexibility for battery system designers since the overall footprint doesn’t have to cater to a rectangular pouch.

Another strong case for Li-S is that the energy density hits approximately 900 Wh/kg, leveraging Li-S as a strong alternative to lithium-ion rechargeable batteries as well. Lastly, Li-S has a high tolerance for failures and the well-composed thermochemistry of the battery prevents issues such as thermal runaway, a heavy concern when dealing with lithium-ion batteries.