The joint venture is being called EPC Space LLC according to a press release. The focus is mainly on GaN-on-silicon transistors and integrated circuits (ICs) that are radiation-hardened (Rad Hard), and are tested and qualified for satellite and high-reliability applications in space. Rad Hard means the chips are more capable of withstanding large amounts of radiation and thus can be used in very harsh environments, for example, the empty void of space (click link for video).

Conducting electrons one thousand times more efficiently than traditional silicon, EPC’s GaN technology is considered a more viable option. Along with this, specifically in terms of power conversion, the lower ON resistance of the GaN transistor allows for less conductive losses, faster switching times yield less switching loss, and the gate capacitance of these transistors is lower than normal, requiring less energy to charge these gates, and less loss when they are discharged.

These GaN transistors are also cheaper, making them a promising alternative to traditional silicon technology.

In terms of EPC’s space capabilities, GaN technology is successful in both the low and high-frequency domain. EPC has done this by becoming the first in the industry to utilize a specific type of GaN technology known as the enhancement mode GaN FETs and power MOSFETs (eGaN). This will allow single chips to perform power conversion and satellite communication all on the same chip, minimizing footprint and power requirements. 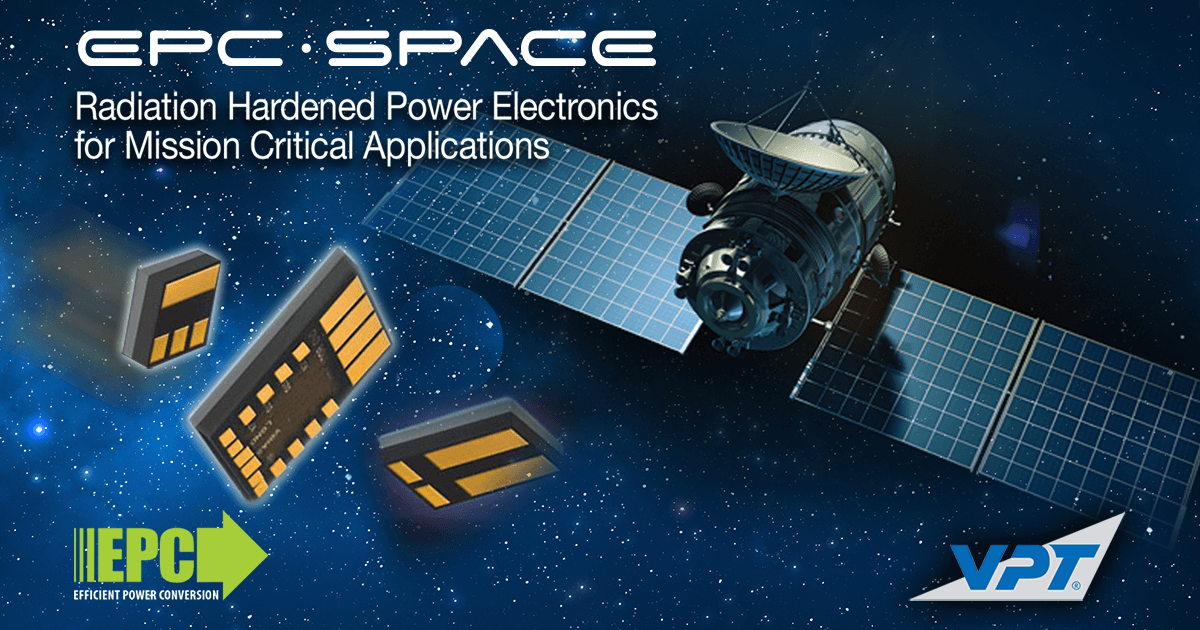 They have also proved to be able to handle harsh radiation environments that they will encounter in space via tests of performance under Total Ionizing Dose (TID) and Single Event Effects (SEE) environments. These GaN devices can have applications in Low to Earth Orbit Satellites, Lidar technology, UAVs, robotics, and aeronautics.

Along with EPC, VPT currently works with large companies and organizations such as Lockheed Martin, NASA, Boeing, and the United States Air Force for certain power conversion needs.

This joint venture has the potential to provide many companies with mission-critical devices, especially for applications in very harsh environments, and the final frontier.